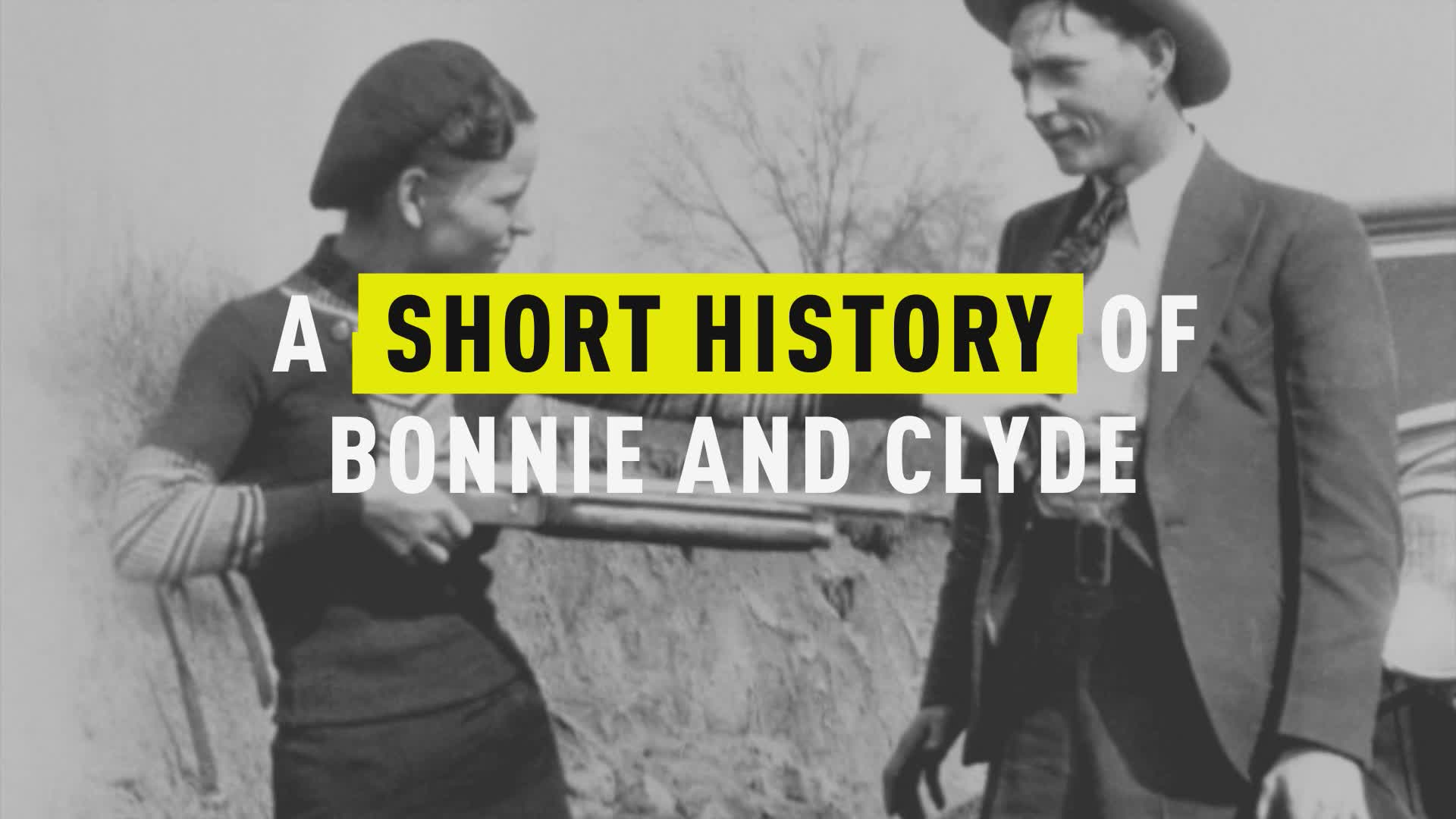 Director John Lee Hancock is the latest auteur to take a shot at notorious criminal couple Bonnie and Clyde — but this time the focus of the film is on the policemen who caught them. Frank Hamer (played by Kevin Costner) and his goofy counterpart Maney Gault (played by Woody Harrelson) are the heroes of "The Highwaymen," currently streaming on Netflix. Hancock has openly admitted to taking several creative liberties with the true story on which his movie is based — leading us to take a look at the fact behind his latest fiction. Who were the real Hamer and Gault and how did they catch America's favorite duo of bandits?

The son of a Texas blacksmith, Hamer was born in 1886. He become an officer of the law after catching a horse thief in 1905. Hamer then joined the Texas Rangers (three of his brothers had, too) at the age of 21, according to the book "The Texas Rangers: A Century of Frontier Defense" by Walter Prescott Webb.

Hamer, in general, took a cynical view of criminality.

"The criminal is a coyote, always taking a look over his shoulder; a cornered political schemer is a 'crawfish about three days from water'; a [man moving carefully] reminds him of a sandhill crane walking up a river-bed," he once said, according to Webb.

Hamer worked both in and outside the purview of The Texas Rangers and dealt mostly with bootleggers and bandits along the border. That being said, the history of the Texas Rangers as an organization has been much debated: Originally formed to protect white Americans from Mexicans and indigenous nations, the group advocated chattel slavery and was patently racist — a detail underplayed in "The Highwaymen" that has since sparked disagreement, according to The Washington Post.

Although he is framed as a hero in the film, Hamer often stretched the limits of his authority — he sometimes brutally tortured suspects and was even found taking photos next to corpses of outlaws. Plus, the Rangers stoked racial fears to convince authorities of the necessity of their work. A 1919 investigation into their abuses is considered a precursor to later civil rights movements, although the Rangers continued to abuse their power long after their brutality was discovered and documented, The Washington Post reported.

Some, including "Highwaymen" screenwriter John Fusco, continue to extoll Hamer's virtues and resent his villainous depiction in historical accounts and popular culture. Fusco objected to the Washington Post's article on Hamer and The Rangers history.

"After 16 years of research into the life and career of Frank Hamer, I am shocked by the outrageous inaccuracy in labeling Hamer as racist," Fusco told Oxygen.com. "Clearly, the author [of the Washington Post article] did not read the recent Frank Hamer biography 'Texas Ranger' by John Boessenecker, a NY Times Bestseller that brings great clarity to the Canales incident. This is not to say that there were Texas Rangers in the past who crossed the line, but Frank Hamer is once again being unfairly maligned."

"I am also beyond stunned to see any reference to Hamer enforcing Jim Crow laws. It was actually the opposite.  Frank Hamer, who took on the KKK in Texas, also saved African-American men from lynch mobs on 15 documented occasions."

Debate aside, Hamer continued to garner national acclaim in 1928 after busting a murder-for-hire ring, according to records from the Genealogy Trails History Group.

Hamer was then tasked with the job of tracking down the headline-grabbing thieves and murderers of Clyde Barrow's gang shortly after their infamous crime spree began. The order came directly from Texas Governor Miriam “Ma” Ferguson (played in "The Highwaymen" by Kathy Bates) and Lee Simmons, general manager of the Texas Prison Systems (played by John Caroll Lynch), according to "Go Down Together: The True, Untold Story of Bonnie and Clyde," author Jeff Guinn.

By the time Bonnie Parker and Barrow had started their crime spree in the early 1930s, Hamer had considered himself retired. And although he had at first refused to work with Ferguson — "When they elected a woman governor, I quit," he claimed, according to the New York Times — he was eventually convinced to pursue the Barrow gang as part of a special hunt as an officer of the Texas Highway patrol. He was reluctant from the start and complained about the compensation — $180 dollars a month, just half of what he had been previously paid, according to Guinn.

"An officer must know the habits of the outlaw, how he thinks and how he will act in different situations. When I began to understand Clyde Barrow's mind, I felt that I was making progress," he said, according to Webb.

The public had turned on Barrow and Parker by 1934, after their group had taken the lives of several lawmen. And although Hamer preferred to work alone, his desperation and hatred of the duo led him to pair up with other law enforcement agencies and agents, including Maney Gault, also of the Texas Highway patrol.

Much less is known about Gault. Like Hamer, he was born in Texas in 1886, according to Biography.com. Prior to teaming with Hamer, he was involved in undercover investigations of moonshine sales, until he joined the Rangers in 1929. Gault was considered to have a "knack for inserting himself into auto theft and bootlegging rings," according to the book "Time of the Rangers" by Mike Cox.

Gault's personality is said to have been similar to Hamer's: Both were considered quiet, honest, and reliable. The two may have argued (as shown in the film), but bonded over poker and guitar and were widely recognized as close friends.

Hamer would go on to lead an inter-jurisdictional group to Barrow and Parker that year, eventually tracing them to a party ground in Louisiana. They opened fire on what was left of the Barrow gang, launching at least 167 bullets at their vehicles. The explosions were so loud that nearby townspeople thought dynamite was being used, according to Guinn.

An exact account of who took down who remains unclear. The official Federal Bureau of Investigation website claims that Barrow and Parker were killed instantly in the shoot-out, but others say that Parker could be heard screaming after Barrow was felled, according to "Ambush: The Real Story of Bonnie and Clyde" by Ted Hinton.

Each member of Hamer and Gault's group received a paltry $200.23 for taking down the criminal lovers. Much more had been promised (approximately $26,000), but many who had placed bounties on the two reneged on their deal, according to Guinn.

Hamer claims to have felt no guilt for the brutal deaths of the notorious bandits.

"I would have gotten sick, but when I thought about [Bonnie Parker's] crimes, I didn’t," Hamer is quoted as saying about the Barrow gang takedown, according to Cox. "I hated to shoot a woman—but I remembered the way in which Bonnie had taken part in the murder of nine peace officers. I remembered how she kicked the body of the highway patrolman at Grapevine and fired a bullet into his body as he lay on the ground."

Both Hamer and Gault did not take well to the celebrity status they achieved after the deaths of Barrow and Parker, and repeatedly turned down movie and book offers and interview opportunities in which they would be asked details about the case, according to True West Magazine.

Gault remained an active Ranger and died in relative obscurity in 1947. Hamer fondly eulogized his buddy at the funeral.

Hamer would go on to work for a private security company, according to Biography.com. His last brush with fame occurred in 1948, when he accompanied investigators looking into voter fraud pertaining to the election of  Lyndon B. Johnson. He died in his sleep on the night of July 10, 1955.

The True Story Of Bonnie And Clyde