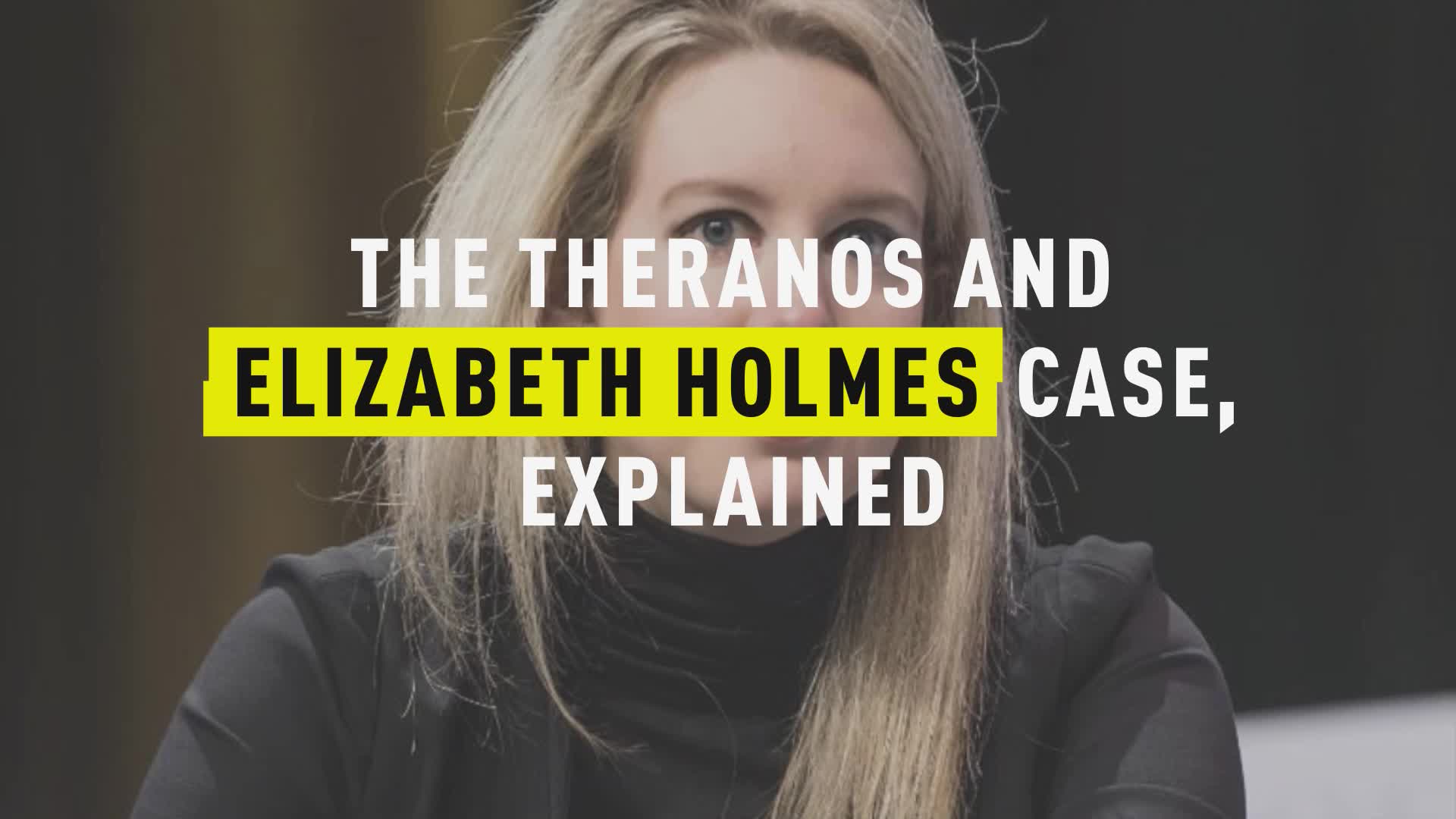 In 2009, Elizabeth Holmes was held up as an example of American grit and hard work when she was named by Forbes as the youngest and wealthiest self-made female billionaire in America, all on the basis of a $9 billion valuation of her medical start-up, Theranos. Holmes, through Theranos, had promised to revolutionize the field of medicine, leading experts to compare her to geniuses of Western culture like Archimedes and Beethoven.

But it turns out, Holmes was just another start-up scammer who used blustery talk and an unclear vision of her product to sell investors on a relatively flimsy concept, an elaborate fraud explored in the recently-released HBO documentary "The Inventor: Out For Blood In Silicon Valley." As of September 2018, Theranos had begun the process of dissolving — but how, exactly, was Holmes able to convince so many of her genius without so much as a coherent plan for her company in the first place?

Holmes claimed that Theranos would revolutionize blood testing as it had technology that could gather vast amounts of data through a very small amount of blood, which is, well, currently impossible. But Holmes managed to create what was described by Henry Kissinger to The New Yorker as an "ethereal quality" through the careful cultivation of her image. Her standard uniform of a black turtleneck and black dress pants evoked the memory of tech legend Steve Jobs, while simultaneously conveying a mysterious sense of authority and eccentricity.

Richard Fuisz, M.D., a Georgetown-educated psychiatrist, inventor, and former CIA agent who has known Elizabeth Holmes since childhood, confirmed that the young entrepreneur's imitation of the late Apple CEO was intentional.

Elizabeth Holmes faces fraud charges after the dissolution of her Theranos, her tech company once valued at $9 billion. Photo: Lisa Lake/Getty Images

"She wore Jobs' black turtleneck, she had her picture taken with a slimming lens to make her neck look thinner, she had staff meetings at the same time as Jobs did, she imitated his body language — pulling the nanotainer [where Theranos would store the drop of a patient's blood it claimed it would test] out of her pocket the same way Jobs did with the iPhone," Fuisz told Inc.com.

Part of her invented persona was her notably deep voice, which many have since claimed was performative.

“When she came to me she didn’t have a low voice," Dr. Phyllis Gardner, a professor of medicine at Stanford who worked with Holmes during her freshman year of college, told Rebecca Jarvis on "The Dropout" podcast. "When I next saw her again was at the Harvard Medical School board meeting where she was being introduced. She says with this low voice and I’m like, 'Oh my god.' It was quite off."

"It was maybe at one of the company parties, and maybe she had too much to drink or whatnot, but she fell out of character and exposed that that was not necessarily her true voice," Arriola said on the same podcast. "Maybe she needed to be more convincing to project a persona within a room among male VCs, I'm not really quite sure."

The reason she may have fabricated this particular facet of her facade could be related to research on human behavior that demonstrates how those with deeper voices tend to command more respect and approval.

"In the case of women's voices," reads the conclusions of a study originally published in the scientific journal PLOSOne, "this bias could be a consequence of lower-pitched female voices being perceived as more competent, stronger, and more trustworthy. That is, these traits are perceived as positive in the context of leadership and could be the mechanism that leads us to prefer female leaders with lower voices."

Similarly, Holmes' body language has come under scrutiny for conveying a deliberately false sense of authority. Her habit of making intense and un-interrupted eye contact has been noted by several who have covered her ascent and downfall.

"The way she trained her big blue eyes on you without blinking made you feel like the center of the world," author John Carreyrou wrote in "Bad Blood," a book about Theranos. "It was almost hypnotic."

Experts have noted that this tactic is often used deceptively.

"You don't want to lose eye contact because you want to seem believable," Dr. Lillian Glass, a body language expert, told Refinery29. "But in essence, if somebody's not breaking eye contact, they're lying to you ... A person can stare at you with intimidation, but the stare is different. The eyes get narrowed, and there's more tension around the frontal area ... She knew exactly what she was doing. The woman's very sociopathic in my estimation."

Medical experts had warned Holmes from the start that her project was essentially non-viable, but by stacking her team with highly influential, gullible (mostly male) investors who were not experts in the field, she was able to continuously promise impossibilities and garner massive financial support.

"The truth is that none of these people were really in a position to know — to judge," Roger Parloff of Forbes says in HBO's latest doc.

"One day Elizabeth came to me and she described her idea ... I said, 'Elizabeth, that's fun. But it's not going to work ... She didn't really want scientific input from what I could determine," Gardner says in the film. "Engineering, a bit more, 'cause she was inventing an engineering device — but not medicine. She aligned herself with very powerful older men who seemed to succumb to a certain charm. And those powerful men could influence people in the government, influence people in the department of defense."

The gender disparity in those Elizabeth was able to con and those who have since covered the ordeal has also been noted by Wired writer Virginia Heffernan.

"We’re not used to self-made young female oligarchs lying outrageously, fleecing the hell out of other billionaires and conducting thunderous symphonies of global deception. There’s no American template for a powerful woman gone so gravely wrong," wrote Heffernan. "She’s described as 'hypnotic,' and men repeatedly regard her as an enchantress, a blond cipher who spun a mesmeric tale about a world-historical blood-sucking widget. But in these stories the flip side of Holmes is — brace yourself — a bitch who crushed the men who questioned her."

Holmes' house of cards has essentially crumbled since, though: Her company began laying off many of its 800 employees in October 2017 and January 2018, according to The Verge. In June of 2018, Holmes was officially indicted on nine counts of wire fraud and two counts of conspiracy to commit wire fraud.

She has since pleaded not guilty, according to Ars Technica. Whether the tactics used to establish her company will be attempted again in court remains to be seen.

Why Are There Two Fyre Festival Documentaries?