Death by stabbing fascinates us.

Sure, it’s a little more high-tech than when Cain went after Abel with a rock, but it’s one of the most primordial ways to kill someone. None of the subterfuge of slipping someone poison, or even the barrier of smothering someone to death with a pillow. Stabbing is graphic, and visceral, and it’s bloody. You don’t think of stabbers as cool and calculating. They are pissed.

We decided to look at some of the most notorious stabbings, from the OG murder of Julius Caesar, who was the most powerful person on the planet when he was taken down, to one involving a former child star that had no convincing evidence of any puncture wounds.

What else could tie the actors Sean Bean and Steve Buscemi together (besides, surely, Kevin Bacon)? Bar fight stabbings!

And, sometimes, a stabbing even makes us suspect blameless animals.

So you know how Padma Lakshmi says “Pack your knives and go?” Well, don’t. Stay. Unpack your knives. And read this listicle of crazy stabbing stories.

Let’s start from the beginning here. Well, not the first caveman that stabbed his cave brother with a sharpened dinosaur bone, but the leader of what was then the largest empire in the world.

How: He was at a senate meeting and stabbed by a group of rival senators. A lot.

Why: His political rivals conspired against him, according to Biography.com, and felt he was getting too popular with the lower and middle class, and maybe had aspirations to be a king. No one wanted a king, so they took care of him. The words “et tu, Brute” (even you, Brutus?) originate from this incident. They’re spoken in the Shakespeare play Julius Caesar, although there’s no historical evidence that the real Caesar was so dramatic and eloquent while being used as a human pincushion. 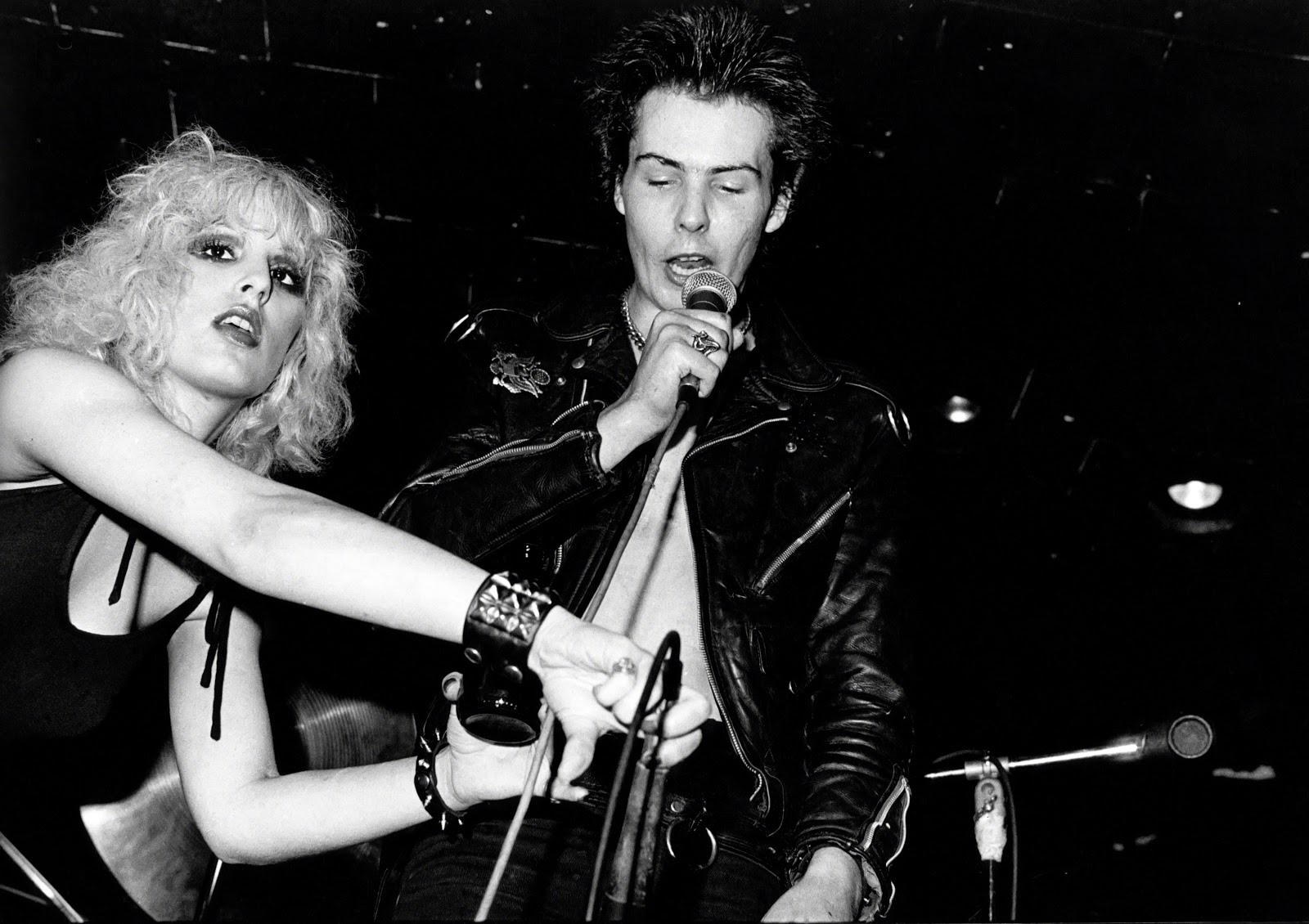 How: This is the story of an alleged criminal. Sid Vicious was perhaps the most notorious of the Sex Pistols, which is basically like being the most dangerous bullet in a gun. His relationship with Nancy Spungen is so well known that they even made a movie about it. The couple would fight and bicker but were also (maybe) in love?

Sid allegedly took a lot of drugs one night at the Chelsea Hotel in New York City and “female moans” were heard through the door at around 2:30 a.m., according to Rolling Stone Magazine. Vicious called the front desk at 10 a.m. asking for help, and someone found Spungen was dead on the bathroom floor with a stab wound in her abdomen. Vicious was wandering the halls.

Vicious told police he “blacked out” and stabbed his girlfriend with a knife he maybe got from a dude in the Ramones - a switchblade or something. Then he changed his story and said he was asleep during the murder. He was arrested and charged with her murder, but he died from an overdose before he could go to trial (yes, heroin).

Why: Drugs? Booze? I mean the guy was in the Sex Pistols. Your guess is as good as mine. Who: Actress from Defiance, Raging Bull and 90’s cop series The Commish

How: Stabbing by stalker. Pretty scary stuff, actually. Arthur Richard Jackson, a schizophrenic man from Scotland, according to the Daily Record, was smart. Crazy, obviously, but smart. He hired a private investigator to get Saldana’s mother’s phone number, according to Gizmodo. Then he called her mother and pretended to be director Martin Scorsese’s assistant, and said he needed her address to talk to her about a movie role.

Jackson then waited outside her house. When she appeared, he politely asked her, “Excuse me, are you Theresa Saldana?” She said yes and then he STABBED HER TEN TIMES. He stabbed her so much the knife bent. She barely made it out alive. After that, she became an avid advocate for stalking law changes because dude SENT HER DEATH THREATS FROM JAIL.

Why: Sometimes the why isn’t the important part. 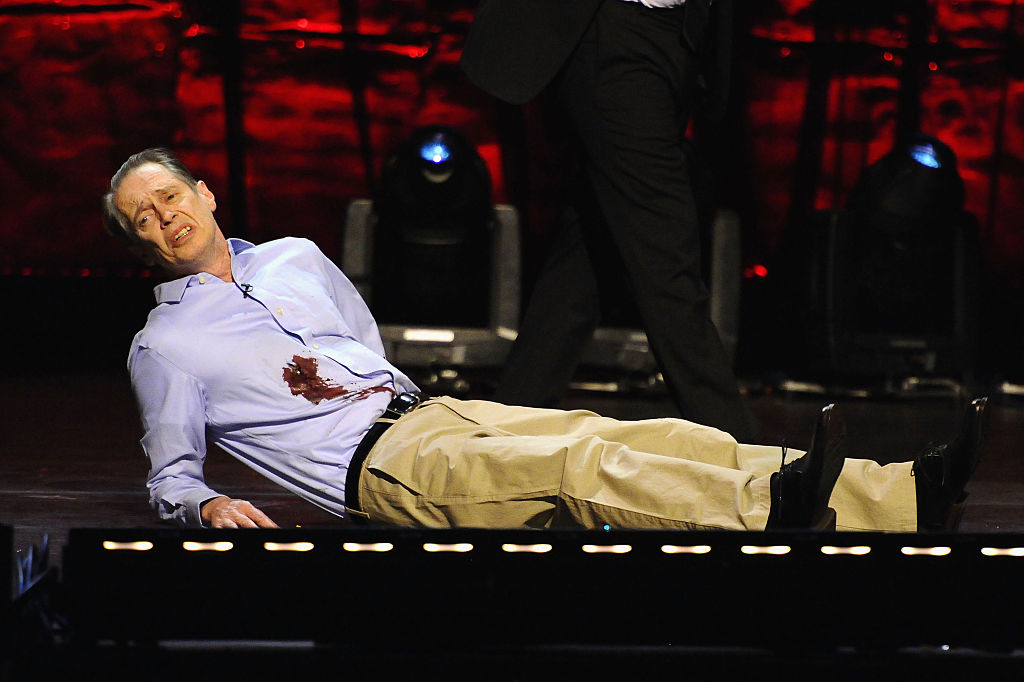 Who: America’s Sweetheart, Steve Buscemi, who’s known for his slithery-whine voice and a face that says, “Yes, that car you just bought from me is definitely not a lemon,” even though it definitely is.

How: Buscemi was hanging with Vince Vaughn in Wilmington, N.C. filming a movie called "Domestic Disturbance," according to The Guardian. It was late and they were drinking at a bar called the Firebelly Lounge (because of course that’s the name of the bar) on a Thursday night. A woman, whose boyfriend was also in the bar, came and started chatting it up with Vaughn. The boyfriend didn’t like that and a classic “let’s take this outside” situation unfolded. Life’s just like the movies even for guys in movies, apparently. The ensuing scuffle reportedly involved ten people.

Cops showed up but Buscemi and Vaughn kept fighting, according to ABC News. Police had to break them up with pepper spray, and when it was all over, Buscemi had been stabbed in the throat, head and arm. All of them ended up in jail, and Buscemi had to fly back to New York to recover.

Why: Because why you talking to my girl, bro?! 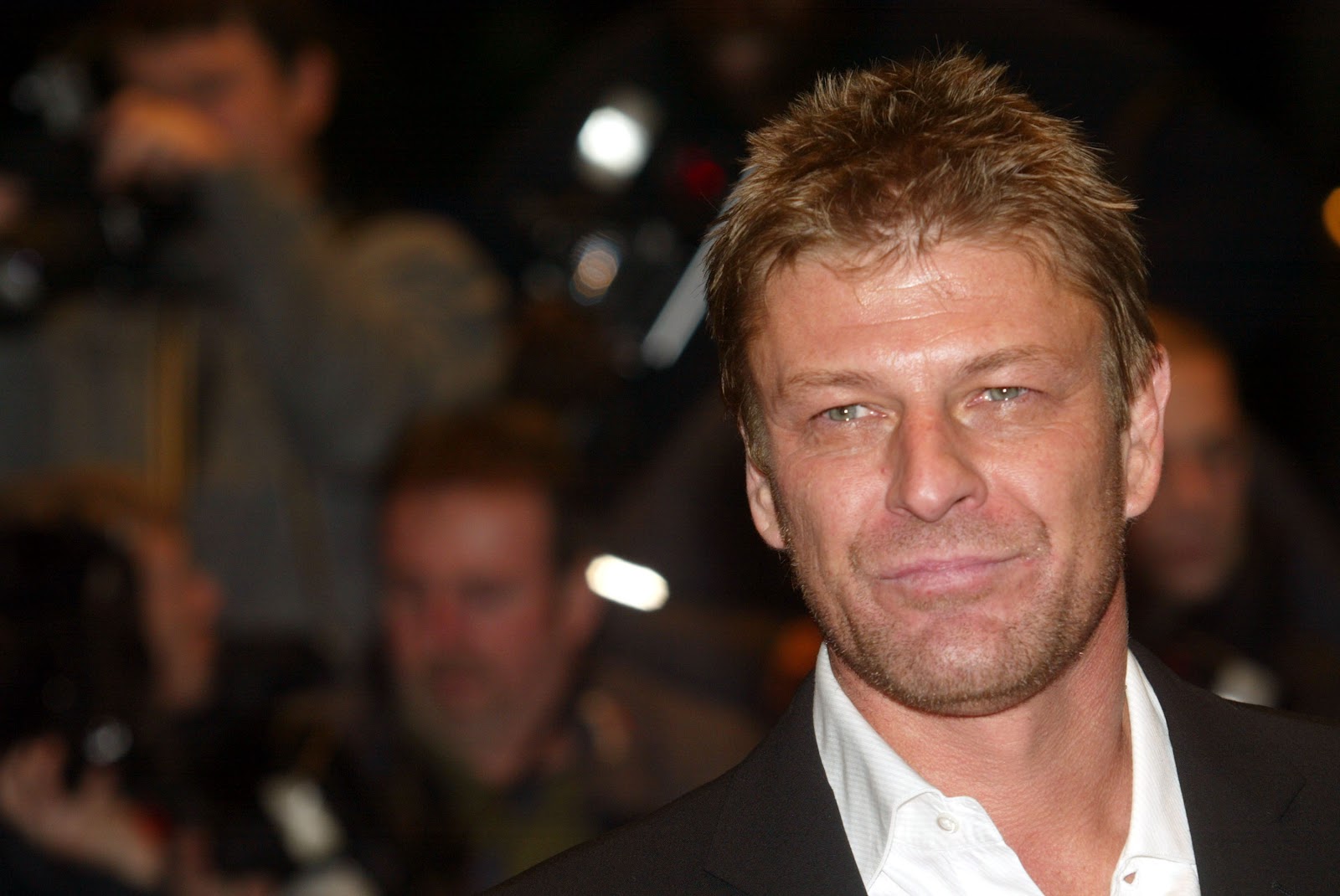 Who: Freakin’ Ned Stark, everyone’s fave decapitated Lord of Winterfell. No? Well then freakin’ Boromir. No? Have you ever even seen a movie before? Fine - It’s Sean Bean, the kinda man that seems like he’d get in a bar fight and then just buy whisky to pour on the wound.

How: Oh boy. Back in the yesterdays of '11, when Charlie Sheen was “winning” and Adele was "Rolling in the Deep," Sean Bean was a wee lad of 52 (he’s 59 now). He was drinking at a pub in London, enjoying a smoke outside in the cool night air with model April Summers, a Playboy centerfold that year, according to CBS News.

Some dude apparently walked by and started getting lewd and crude with Summers. Well that’s a no-no in Beanland and Bean chased the man down the street to defend her honor. Later in the night, Bean’s outside for another cigarette when dude comes storming back. Things got testy and Bean ended up getting stabbed in the arm with a broken bottle, and punched in the money maker, too! (That’s his face btw, because he’s an actor, and these things are much funnier when I explain them.)

Bean is a regular at the bar, and they offered to get him to the hospital, but my man declined. Instead, he got a first aid kit - and ordered another drink.

Why: Because you don’t mess with Bean’s babes. 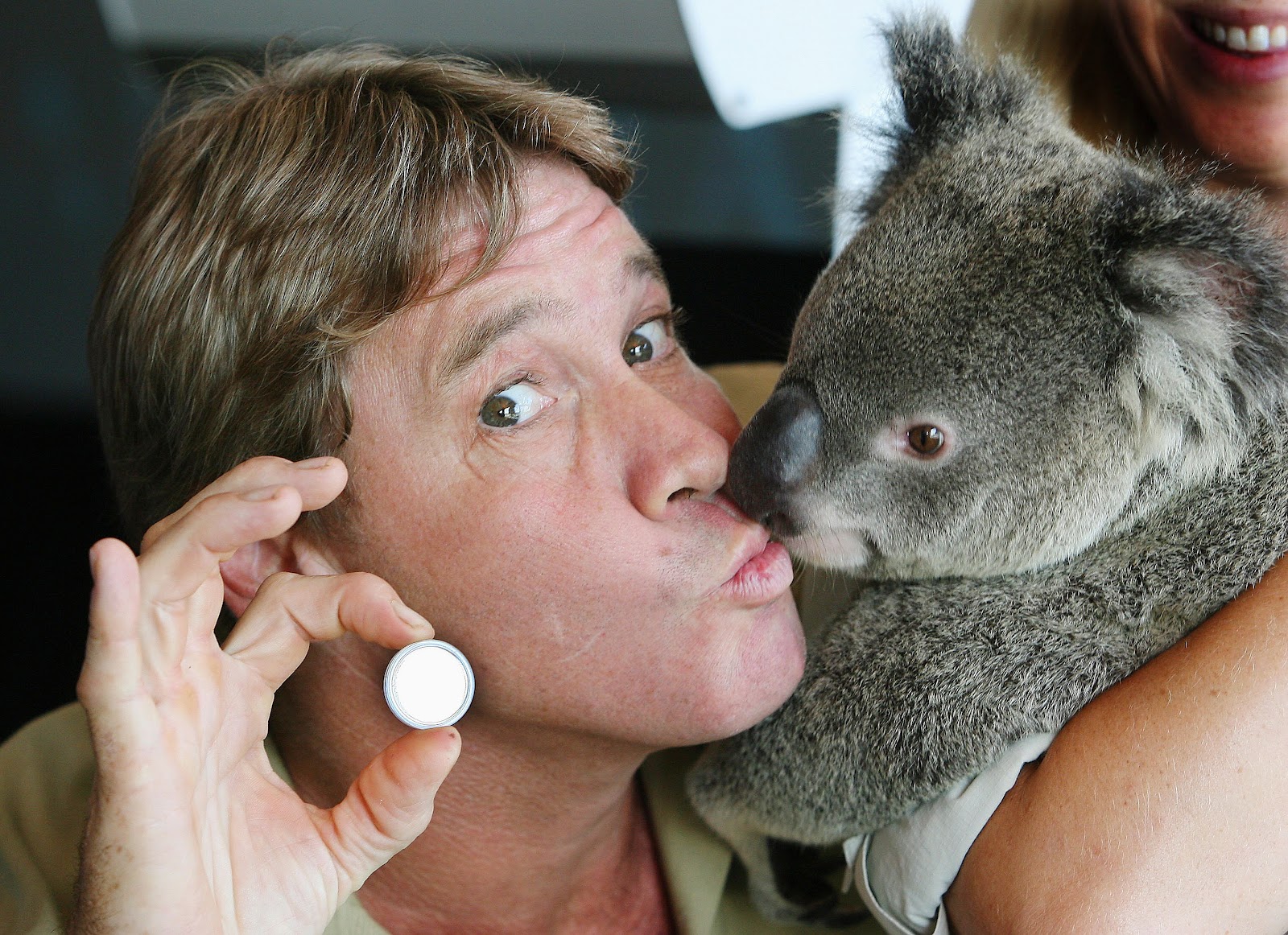 Who: Crikey! Steve Irwin was the best damn wildlife and animal loving TV personality the world has ever known. It’s like Mr. Rogers and Crocodile Dundee got married and raised the earth’s most “Good on ya mate” baby ever. He was a goddamn delight and he went out in one of the most bizarre "stabbings" ever.

How: This was a real tragedy. Irwin was filming a documentary on the Great Barrier Reef in far north Queensland, according to The Telegraph. Cameraman Justin Lyons said he was following Irwin in a boat when they came upon a large stingray. The water was chest high and the stingray was 8-feet wide.

"I had the camera on, I thought this is going to be a great shot, and all of sudden it propped on its front and started stabbing wildly, hundreds of strikes in a few seconds," Lyons said.

He didn’t know Irwin was hurt until he saw him laying a huge pool of blood in the boat. The stingray’s jagged barb went through Irwin’s heart like “a hot knife through butter.” Yikes.

Why: He was filming a documentary and wanted to get a shot of a stingray floating away. Also, life is cruel. 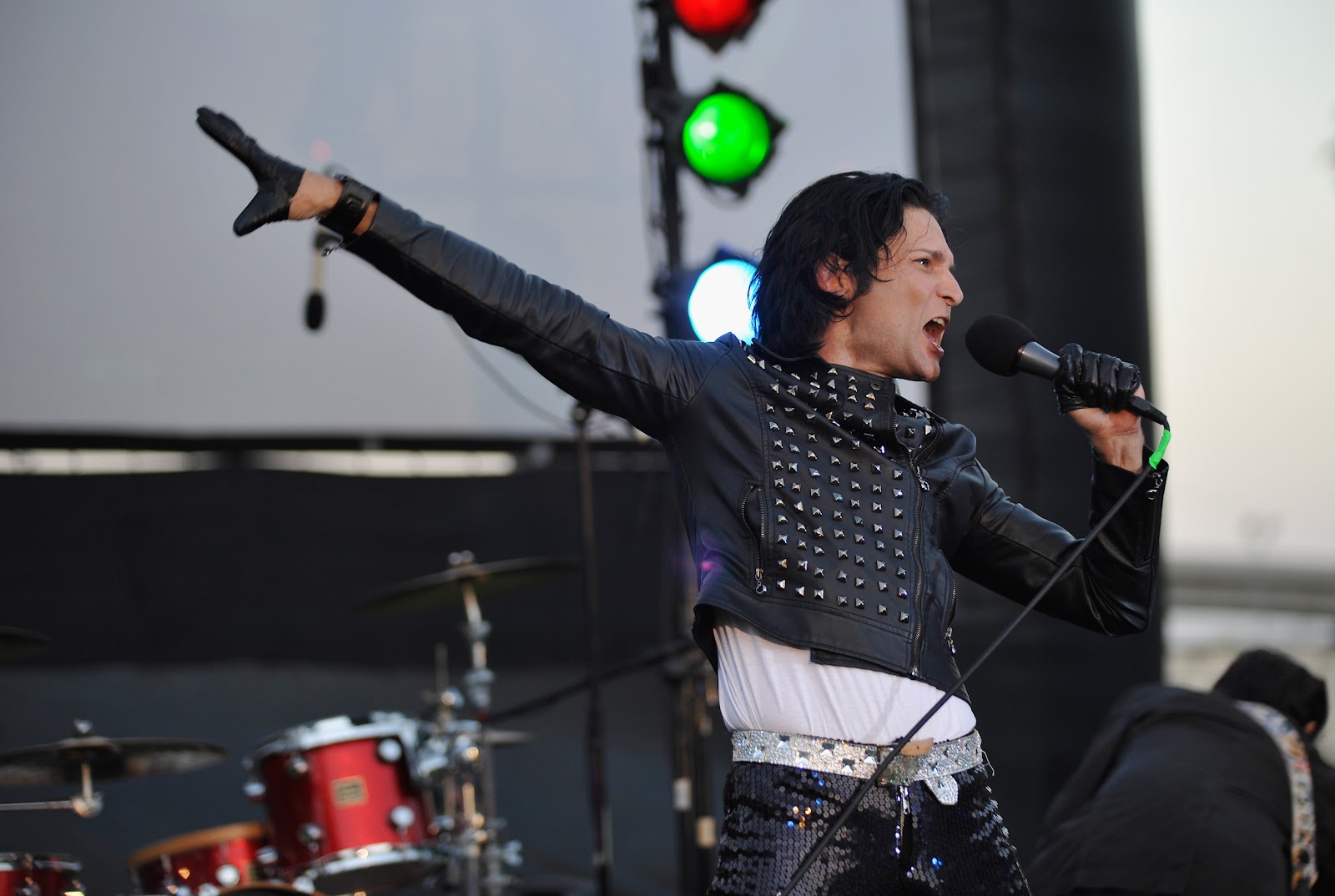 Who: Former child actor from one of the greatest movies of all time - "The Goonies." He was also in "The Lost Boys" and "Stand By Me," two unequivocal classics (don’t @ me, you have better things to do). He kind of got weird as he got older, and has been doing a circa ‘92 Bad-era Michael Jackson impersonation since.

How: He claims a man opened his car door and stabbed him with... something. No really, he doesn’t know what it was.

“YES I WAS ATTACKED 2 DAYS AGO, YES THEY USED SOME SORT OF SHARP WEAPON, AND YES IT WENT INTO MY BODY!” He wrote on Instagram after the attack. “THIS IS WHAT THE SCAR LOOKS LIKE NOW, OBVIOUSLY IF IT WAS A KNIFE I GOT VERY LUCKY & IM BLESSED! IF IT WAS A SYRINGE, I WILL PRAY 4 THE BEST RESULTS!”

Police said they couldn’t find any lacerations or injuries on his body, according to Variety.com, nor could hospital staff. The guilty party? Feldman blamed The Wolfpack, a group of Hollywood pedophiles who allegedly molested Feldman and fellow child actor Corey Haim.

'Girl, Forgotten' Author Reveals Why She Picked That Book Title

Are The 'Halloween' Films Based On Legends Or Facts?

Where Is Larry Ray Today?