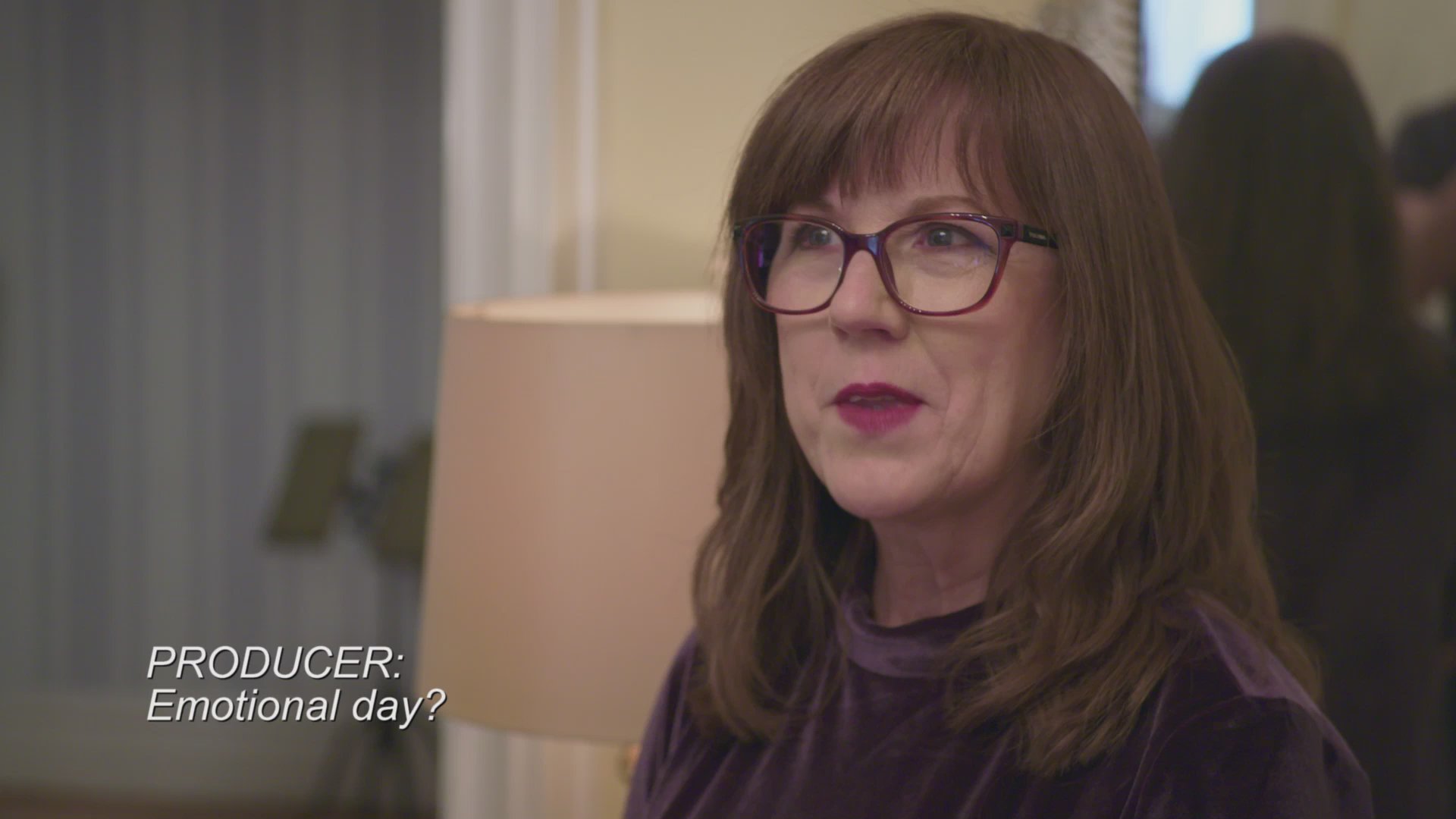 Ted Bundy painted an idyllic picture of his childhood, recalling days spent fishing, catching frogs and heading out on boyhood adventures with his closest pals. But those who knew Bundy as a child describe a much different—and much more violent—past.

Their description of Bundy’s youth include tales of an awkward and “girlie” boy who never quite fit in.  A boy who burned a cat alive, laid knives around the bed of his sleeping aunt or terrorized the neighborhood children.

“He liked to terrify people,” former neighbor Sandi Holt said in the Investigation Discovery special “Ted Bundy: Mind of a Monster.” “He liked to be in charge. He liked to inflict pain and suffering and fear.”

A Birth Marked By Deception

Bundy was born in 1946 at an unwed mother’s home in Burlington, Vermont to Eleanor Louise Cowell.

But initially—given the fact that Louise was young and unmarried—her parents planned to raise the child as their own.

“In 1946 it was still shameful to have a child out of wedlock so they were going to pretend that his grandparents were his parents,” true crime author Rebecca Morris said in the special.

There has also been speculation about who fathered the child. While Louise herself has said Bundy’s father was a “sailor,” according to Ann Rule's book, "The Stranger Beside Me,”  Rule claimed on the killer’s birth certificate an Airforce veteran named Lloyd Marshall was listed as the father. However, in the book “The Only Living Witness: The True Story of Serial Sex Killer Ted Bundy” journalists Stephen Michaud and Hugh Aynesworth claim that Jack Worthington, a war veteran was his father.

Holt believes the truth is much closer to home and said in the recent special that Bundy’s grandfather was actually his father.

“He never admitted to Ted that he was his father. But his mother told him that yeah, her dad had raped her,” she said.

The truth of Bundy’s lineage may never be known.

“It’s hard to know exactly what is myth and what is fact about Ted Bundy’s birth,” Morris said.

Bundy’s grandparents reportedly both struggled with mental health issues and his grandfather was said to have a violent temper.

“There was a lot of violence and abuse in the house,” Morris said.

In a report written by professional psychiatrist Dr. Dorthy Otnow Lewis—who examined Bundy a day before he was executed—she said Bundy’s grandfather had been an “extremely violent and frightening individual.” According to her the man—who Bundy often spoke affectionately about—kicked dogs, swung cats by their tails and beat people, The Burlington Free Press reports.

When Ted turned five, Morris said Louise and Bundy were sent to live with one of Louise’s uncles in Tacoma, Washington.

“He was everything Ted wanted to be,” Morris said. “He was educated. He had a nice car. The family had been to Europe. So, that’s the life Ted wanted.”

But before long, Louise would marry Johnnie Bundy—a cook at a military hospital in Tacoma—and Bundy would grow up with a blue-collar life.

A Childhood Filled With Adventure Or Violence?

As Bundy tells it, his childhood was an idyllic mix of football practice, fishing off the pier with his friends and sharing countless adventures with his closest pals.

“Those were the days of frog hunting and marble playing,” he told Michaud and Aynesworth in a series of interviews after his arrest that became the focus of the Netflix documentary “Conversations With a Killer: The Ted Bundy Tapes.”

Bundy described his childhood as “not an unpleasant one” and regaled tales of explorations and adventure.

“I never lacked playmates in those days,” Bundy said. “There were always more than enough kids around to do something with.”

But those who knew Bundy convey a different reality.

“It was not a happy childhood for Ted. He wasn’t one of the guys. He was skinny and very girlie looking and he only accentuated it by wearing really short shorts and boys didn’t wear short shorts, girls did,” Holt recalled.

She grew up in the same neighborhood as Bundy from the time she was five until she was 15 years old, and said that Bundy was never really able to fit in with his peers.

“For a long time, he had a horrible speech impediment and some words he just plain couldn’t pronounce. So, it was very hard to understand him,” she said.

“He hung one of the stray cats in the neighborhood from one of the clothes lines in the backyard, doused it in lighter fluid and set it on fire and I heard that cat squealing,” she said in the recent special.  “And by the time somebody got out there with a hose, the cat was gone. That was just too much shock for the poor thing.”

Bundy also used to take the younger children in the neighborhood into the woods and terrorize them, she said.

“We also know that his aunt once woke up to find that Ted had placed knives all round her body while she was sleeping,” Thomas Widiger, a University of Kentucky psychology professor who studied Bundy’s mental health, once told The Lexington Herald-Leader.

Bundy had reportedly been three years old at the time, according to The Burlington Free Press.

But while some reported signs of early violence in the young boy, Bundy himself once claimed that many of the stories told about him later were not true.

He believed there was another reason people recounted violent episodes in his past.

“People don’t want to feel like they’ve been fooled, like they know someone and yet they didn’t know them,” he said. “People are fishing around. They want a hook. They want a smoking gun. They want cause and effect and it’s not going to be there.”

Burgeoning Signs Of A Serial Killer

As a teenager, Bundy fondly recalled being “one of the boys” and said he spent his free time playing football with his friends and skiing on weekends.

But Holt remembered that even in high school, the handsome teen didn’t seem to fit in with his peers.

“He tried to fool you and lie to you,” she said in the Netflix docuseries. “He wasn’t athletic. He wanted to be the number one in class, but he wasn’t.”

Bundy himself admitted he didn’t have “an inkling” as to what to do with women at the time.

“Some people perceived me as being shy and introverted,” he said. “I didn’t go to dances. I didn’t go on the beer drinking outings. I was a pretty, you might call me straight, but not a social outcast in any way.”

It’s around this time that experts say Bundy began to escalate his criminal activity by becoming a “Peeping Tom.”

“He started fantasizing about women he saw while window peeping or elsewhere [and] mimicking the accents of some politicians he listened to on the radio. In essence, he was fantasizing about being someone else, someone important,” psychologist Al Carlisle, who was once part of team who evaluated Bundy in prison, told A&E Real Crime.

This type of early voyeurism is something Bundy had in common with some of the country’s most notorious serial killers including Dennis Rader, known as “BTK”, and suspected Golden State Killer Joseph DeAngelo.

“It’s a violation of privacy and it does lend itself to power and control,” criminologist Scott Bonn, PhD, once told Oxygen.com of being a Peeping Tom.  “Bundy and BTK were all about power and domination and control.”

During his teen years, Bundy also reportedly discovered his illegitimate status—although reports of just how he discovered the information vary.

Friend Terry Stowick said during an interview in the book, “The Only Living Witness” that Bundy grew increasingly resentful of his parents after discovering the truth about his birth.

“When I made light of the situation, he said, ‘Well, it’s not you that’s a bastard.’ He was bitter when he said it,” Stowick said.

Carlisle said Bundy—who was fascinated by wealth and status and all the things he lacked during his childhood—also began shoplifting.

“Coming from an overly religious family, he began to shut down feelings of guilt,” he said. “Then he got away with these things and he started doing more.”

Bundy would eventually become one of the country’s most prolific serial killers. He’s been linked to the murders of 30 women, but many believe he may be responsible for killing more than a 100 women during his reign.

The Victim Ted Bundy Admitted Taking Back To His Home

Badass Ted Bundy Survivor Learned About Him To Heal