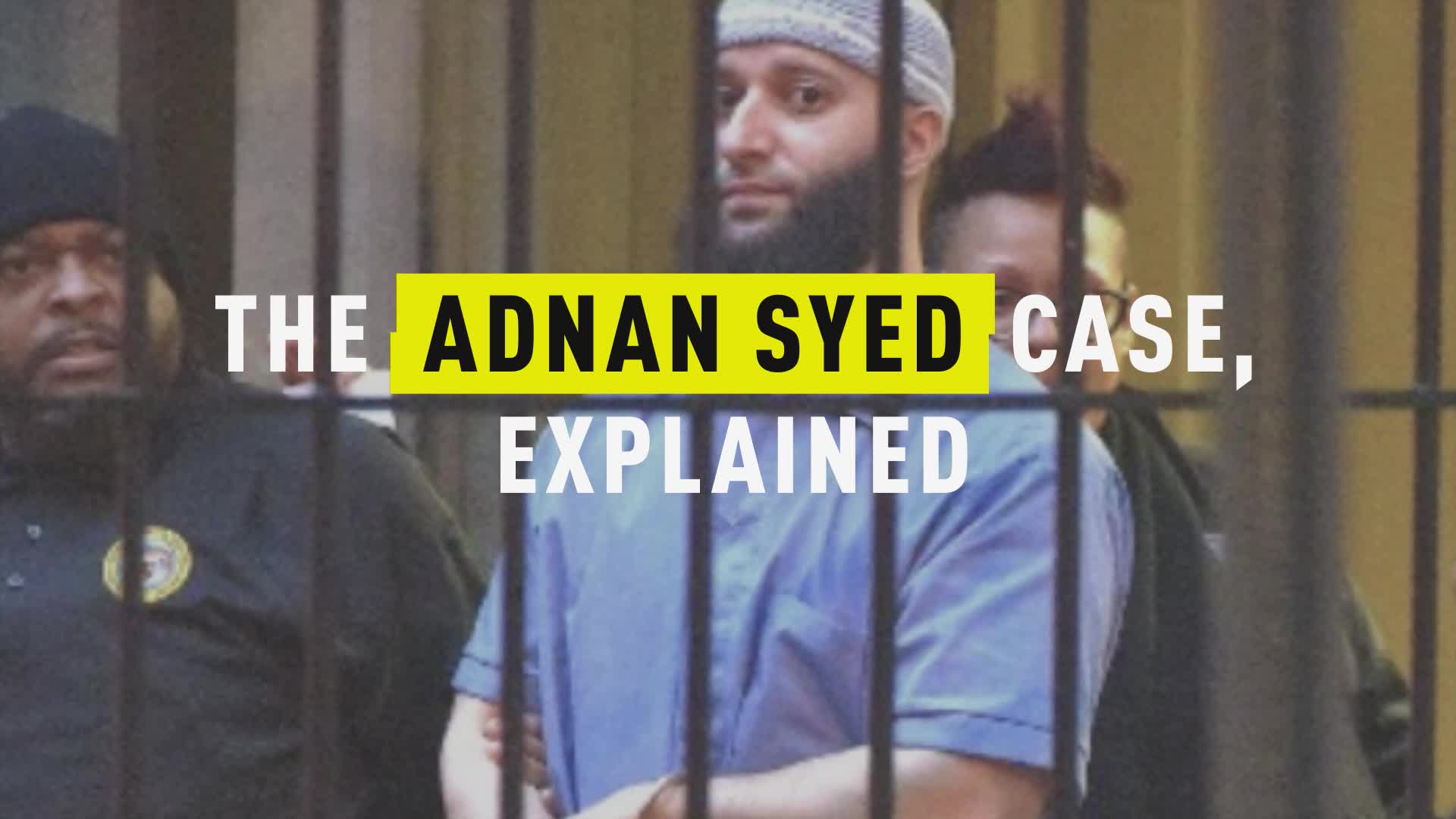 As soon as Susan Simpson heard the first season of “Serial,” the popular podcast that did a deep dive into the 1999 murder of high school senior Hae Min Lee, the Washington D.C.-based attorney immediately knew something was fishy. The podcast raised doubts that Lee's convicted murderer, her ex-boyfriend Adnan Syed, was truly behind the crime. For Simpson, hearing the testimony of Jay Wilds, Syed’s friend who supposedly helped Syed bury Lee after he murdered her in Jan. 1999, brought up more questions than it answered.

“I assumed Jay was involved in some way,” she says in episode three of HBO’s new docu-series “The Case Against Adnan Syed,” which digs further into the case that the Sarah Koenig-helmed podcast focused on. “I thought Adnan might be involved in some way, I didn’t know. I just knew the story we were hearing didn’t make any sense.”

Simpson, an associate with the Volkov Law Group, who, according to her blog, “focuses primarily on the Foreign Corrupt Practices Act and white collar defense, as well as related civil proceedings,” began writing about the case after the first season of “Serial” aired in late 2014 and early 2015.

Her posts, particularly those that delved into Wilds’ interviews with police in the aftermath of the murder, impressed Syed family friend and advocate Rabia Chaudry so thoroughly (“She had written like 35-40 pages about Jay’s police statements, and I just emailed her”) that she offered to hand over all the case files from Syed’s case in order to allow Simpson to dig deeper.

“I told her not to [give them to me] — you don’t know me,” Simpson says in the docu-series, with a laugh.

Susan Simpson speaks onstage during 'The Case of Adnan Syed' panel of the HBO portion of the 2019 Winter TCA on February 8, 2019 in Pasadena, California. Photo: Photo by Jeff Kravitz/FilmMagic for HBO/Getty

Simpson, who nowadays produces the “Undisclosed” podcast with Chaudry, dutifully dove into the files, producing posts and following leads that even a podcast as thorough as “Serial” missed — most notably the issues of the chronology and accuracy of the cell phone logs. These logs, along with Wilds’ testimony that was (at first) corroborated by his friend Jennifer Pusateri, were crucial in proving the prosecution’s case against Syed and locking him away for life for Lee’s murder.

However, Simpson picked up on major issues with the cellphone records, as well as Wilds’ testimony to police.

“The significance of the cellphone evidence that was presented at [Syed’s] trial was extremely limited in scope,” Simpson wrote in her Jan. 2015 blog post. “By the prosecution’s own admissions, the location data from [Syed’s] cellphone billing records did not show the cellphone’s location at any particular point on the day of [Lee’s] murder.”

In the docu-series, Simpson theorizes that the Baltimore police helped Wilds concoct a story through the cellphone records and maps, and walked him through it during his second sit-down with them.

“My firmly held theory is that Jay does not know anything, and they helped him develop a story through a process, and that’s all Jay says,” Simpson explained. “I would bet dollars to doughnuts the cops had these maps out there as they’re walking through the story.”

Like in her Jan. 2015 blog post, Simpson focuses in the docu-series on the expert testimony of Abraham Waranowitz, the cellphone expert and AT&T radio frequency engineer who testified at Syed’s case. Waranowitz discussed which cell towers pinged certain locations the day Lee disappeared in 1999.

In his Feb. 8, 2000, testimony, Waranowitz described how the towers work: Essentially, the phones use FM digital radio technology to “talk to” cell sites. A voice talking into a cellphone gets computerized, sent over airwaves to a cell site, and sent to something called a switch, which in turn gets sent to other parts of the phone network in the USA, therefore establishing location data.

“The prosecution’s expert witness did not prove that the phone actually was or probably was at any location — his testimony was introduced as evidence that it was at least feasible for the prosecution’s case to be accurate,” Simpson wrote in her 2015 post.

Simpson expounds on this in the docu-series, noting that “outgoing calls only are reliable for location status,” and that Waranowitz was not aware that the prosecution provided him cellphone billing records as opposed to concrete location data.

She says she emailed Waranowitz in 2015 asking him if he was aware of this fact. After initially balking at the prospect of answering any questions — Simpson claims Kevin Urick, the state prosecutor in the original Syed murder trial, basically said something bad would happen to Waranowitz if he talked to her — Waranowitz eventually wound up signing an affidavit that said he didn’t stand behind his original testimony.

“If I had known that it was AT&T Wireless' legal policy for incoming calls to not be considered reliable information in determining cellphone location, I would have inquired further within my organization and attempted to learn why this disclaimer was issued,” Waranowitz wrote.

The doubt over the cellphone records was key to a lower court in Maryland’s 2016 decision to grand Syed a new trial. However, earlier this month, the state’s highest court denied Syed a retrial, according to The Associated Press.

What Did High School Classmates Think Of Adnan Syed?