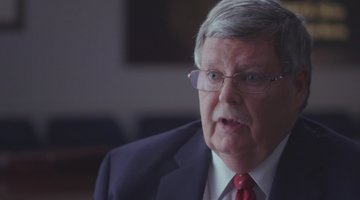 5:50
Preview
An Exclusive First Look in the Murder Case of Wayne Capelli 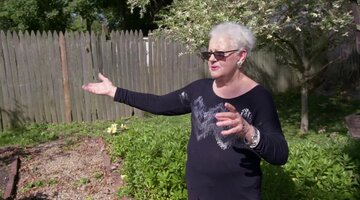 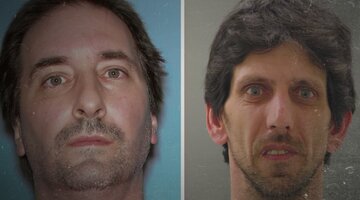 In Claymont, Delaware, single father Wayne Cappelli, 43, was known for his kindness and his efforts to make a better life for himself and his daughter, Tara.

In early 2013, he had a job in a market stocking shelves. He’d typically walk to and from the store from a friend’s house, where he and Tara, 10, had found a place to live.

He was making money and progress in his life. Things were looking up and moving in the right direction for Cappelli, a friend told “Mastermind of Murder,” airing Sundays at 7/6c on Oxygen.

Investigators descended upon the area. The victim, whose wallet and driver’s license were still on him, was identified as Cappelli. There was blood on his head, according to New Castle County Police Department Detective Tom Orzechowski, who worked the case.

Police considered the possibility that Cappelli had been the victim of a hit and run, but that line of investigation was quickly abandoned. Blood spatter on a utility pole and around the scene suggested that Cappelli had actually been attacked. Meanwhile, the lack of defensive wounds led officials to believe that he had been struck from behind.

But why? There was cash in his wallet so it wasn’t a robbery.

Authorities canvassed the area. A short distance away they found a cracked aluminum softball bat with blood on it. Investigators believed it to be the murder weapon.

The cause of death was determined to be blunt force trauma, 6abc.com reported at the time of the murder. For investigators, that helped shed light on the case. Striking someone with a baseball bat is a lot more personal than shooting them afar, Danielle Brennan, DE Deputy Attorney General, told producers.

Investigators also learned that Arlene Hearne, who owned the house where Cappelli lived, had called 911 two days before his body was discovered. She’d phoned because he never came home from work.

Investigators searched for clues at Cappelli’s home, where they found that he had taken out a life insurance policy just months earlier. The value of the policy shocked them: $360,000. It was a huge sum for someone just getting on his feet.

Also shocking was the fact that the beneficiary wasn’t his daughter, Tara, but Paul Disabatino, a friend he’d met through another friend, David Hess, who also lived in Hearne’s house. Cappelli and the men shared an interest in Strat-O-Matic sports simulation games, according to “Mastermind of Murder.”

Disabatino acted like he was stunned to learn he was the life insurance beneficiary. He also had an alibi. He was in Pittsburgh at a Strat-O-Matic tournament the whole weekend with Michael Kman, who was also deep into the game.

When authorities reviewed surveillance footage from the hotel where the tournament was held, Disabatino and Kman showed up periodically. But authorities told producers that because they appeared so often and always made sure to make eye contact with the camera, it raised red flags.

Hess had his own alibi. He’d been eating at a fast-food restaurant during the window of time that Cappelli was killed. His story checked out via security video.

Investigations got more traction thanks to security footage at the store where Cappelli worked. Video showed that he left work alone and that there was no one following him. But outside the store in the parking lot, a green car was caught on camera circling slowly, almost sharklike. The suspicious car also showed up in security footage near the crime scene.

Although the license plate wasn’t visible, a large sticker in a back window could help identify the car. The search was on for the vehicle.

Orzechowski then subpoenaed documents and phone recordings linked to the creation of Cappelli’s life insurance policy, which couldn’t pay out while the investigation was underway. Phone recordings revealed that a third party who identified himself as Cappelli’s cousin Tony was also on the call. He could be heard guiding Cappelli and helping him change the beneficiary from Tara to Disabatino.

Who was this co-called cousin Tony? Investigators recognized the voice as Kman, according to “Mastermind of Murder.”

But Kman had an alibi that showed he was nowhere near the crime scene. Detectives considered the possibility of a hit for hire, but without enough direct evidence the case stalled. Weeks and eventually months went by.

In 2014, a year after the murder, the case picked up steam again. Kevin Shannon, a now-retired FBI agent, had been contacted by Disabatino, who told him that Kman had come up with a scheme to kill Cappelli and get his life insurance.

Disabatino, like Hess, owed Kman money and, as such, were under his thumb. Shannon told producers that Kman had a knack for preying upon people’s vulnerabilities and used fear tactics to keep them under control.

The murder plot involved moving Hess into the same house where Cappelli lived and hiring a hitman, so Hess could be familiar with the route that Cappelli walked to get to work and back home.

But who was the actual killer? Disabatino and Hess didn’t know his name, just that he was called “Nazi.” After Shannon teamed up with Orzechowski, phone records led investigators to Ryan Shover, who worked as a landscaper for Kman. The green car seen in the video was registered to Shover’s girlfriend, reported the York Daily Record in 2016.

Shover was arrested for murder, while Disabatino and Hess were busted for their roles in the hit for hire. They made a deal and agreed to testify for the prosecution.

Kman, who was arrested for first-degree murder, which carries a mandatory life sentence, eventually agreed to testify against Shover in exchange for a lesser charge.

To learn more about the case, watch “Mastermind of Murder,” Sundays at 7/6c on Oxygen, or stream episodes here.