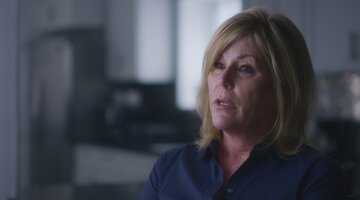 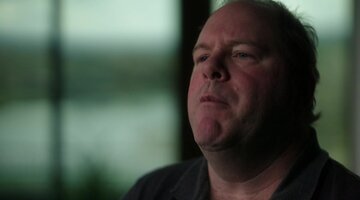 1:43
Preview
A Motel Room Reveals Another Layer to the Carole Garton Case 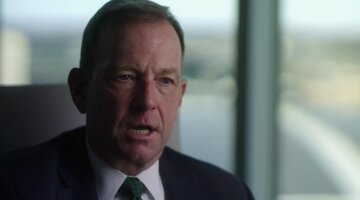 1:56
Preview
Could a Label Maker Provide Key Details in the Carole Garton Murder?

Shortly before 11 p.m., Jose Garza, a 51-year-old veteran Los Angeles city prosecutor, was on his way to get an ice cream bar for his wife from a freezer in their garage when barking dogs roused his suspicions.

Before heading to the garage, he armed himself with a semiautomatic handgun he stashed in a bathroom in their home in Sylmar, a L.A. suburb. When Jose entered the garage, he was ambushed and fired upon by someone wearing a hoodie. The home invader’s shot missed, but Jose, who returned fire, hit his mark.

A 911 call went out reporting that a resident had shot an intruder, according to “Mastermind of Murder,” airing Sundays at 7/6c on Oxygen.

The Garza family, including his wife, Nicole, 32, and their three children all under the age of 4, were hustled outside, while the now-retired L.A. Police Department Detective Lindy Gligorijevic searched the house. There was no sign of forced entry, she told producers.

The intruder, who was described as being dressed like a ninja, was taken to the hospital to be treated for the gunshot to the abdomen. The shooter’s gun and blood was on the floor of the garage. Also found was a wristband with a key to a Ford Bronco hooked to it. Police searched the neighborhood for the vehicle that fit the key, hoping that it would hold clues to advance the case.

Investigators also looked for a motive behind shooting Jose, whose job involved prosecuting misdemeanors. Although the odds of someone seeking revenge on him seemed fairly remote, it had to be considered. Authorities learned that he kept a number of guns in the house.

“He was a lawyer. He definitely saw the darker side of humanity,” his daughter Emily told producers.

His wife, Nicole, was a divorce and family law attorney. She could also have been targeted. Police also considered the possibility of an affair leading to a motive for murder. Jose had been married twice before tying the knot with Nicole.

At the police station, the Garzas were questioned separately. Jose was focused on confirming that this was a “good shooting,” meaning that firing at the intruder was justified.

Nicole, on the other hand, lounged lazily in the interrogation room. She didn’t appear to have a care in the world, according to Gligorijevic. Nicole explained that she and her husband had just had sex before she requested that he fetch her a diet ice cream bar.

At the hospital, though, the shooter was identified as Nicole’s sister Lynette LaFontaine-Trujillo, a shocking fact that investigators didn’t reveal to the Garzas. The revelation helped steer the line of questioning back at the police station. While Jose was puzzled why his sister-in-law was part of the current conversation, Nicole didn't question a thing. For investigators, Nicole’s lack of curiosity about why Lynette’s name came up was a red flag.

Detectives learned that Lynette worked as a waitress and had various issues, including struggles with drugs, men, self-confidence, and her appearance. Her children lived with their respective fathers.

Not long after the shooting, the Bronco was located a few blocks from the Garza home. In it, investigators found a bag filled with scraps of paper with writing on them. It was secured as evidence. A forensics team painstakingly reassembled the bits of paper like a jigsaw puzzle.

When the paper scraps were put back together, it was clear that the letters were written to Lynette. She wasn’t the author of them.

Investigators suspected that the frequent use of the word “mom” and phrases like “You have the mental stamina … to do it and forget it … stronger than you give yourself credit for” pointed to Nicole Garza as the author of the letters.

“Wear a wig — no makeup … bring your gloves,” the pieces of paper read. “Bullets go in facing toward the front of the gun.” It was, an investigator said, an instruction manual on how to commit murder.

Gligorijevic observed that the notes touched upon every area of vulnerability for Lynette and seemed to be written to push her buttons.

Investigators discovered that Nicole painted a picture of herself to her sister as the victim of domestic abuse. That was one reason to kill Jose. There were also financial reasons. Jose had a life insurance policy, a pension, and other valuable assets. Nicole could benefit from her husband’s death, investigators theorized, and she in turn could make his demise worth it for Lynette to take part in a murder scheme hatched by Nicole.

Nicole Garza was arrested two days after the shooting when police turned up evidence of what they said was a plot to kill the veteran city prosecutor, reported UPI in 1996. Lynette, who had used one of Jose's guns, died two weeks after being shot, though.

Nicole Garza pleaded guilty to voluntary manslaughter and attempted murder. The trial judge called the case “a Kafka story with its darkness, with its twists and turns.” Jose called the events “an aberration” and still supported his wife, attributing her erratic behavior to diet pills.

In January 1997 Nicole Garza received a sentence of 15 years to life. She is now married to another man and lives in Arizona.

To learn more about the case, watch “Mastermind of Murder,” airing Sundays at 7/6c on Oxygen, or stream episodes on Oxygen.com.

Movies With Characters Who Are Master Manipulators