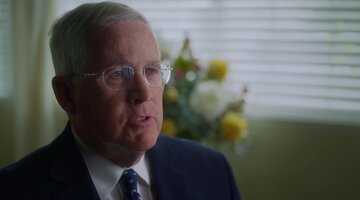 2:07
Preview
A First Look at the Murder of Kevin James 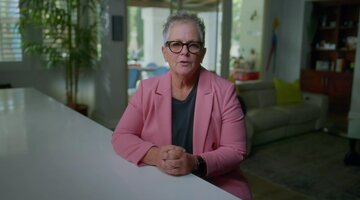 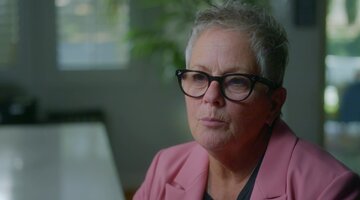 1:01
Preview
Listen to the 911 Call from the Night of Kevin James’ Death

On January 12, 1998, Kevin James was shot to death in his bed at his home in Riverside County, California.

His wife, Lisa, called 911 to report the slaying. Michelle Amicone and Gary Thompson, now-retired detectives with the Riverside County Sheriff’s Department, were dispatched to the scene.

“The victim had three gunshot wounds in his left temple,” Amicone told “Mastermind of Murder,” airing Sundays at 7/6c on Oxygen.

Lisa, a pharmacy technician, told the investigators that her husband had the flu. Because she had lupus, she was sleeping in their son Kevin Jr.’s room when the crime occurred.

There were no signs of forced entry and valuables in plain sight were not taken. By all accounts, Kevin was an easygoing mechanic and family man with no enemies. Who could have pulled the trigger — and why?

A vital clue came from a witness. After hearing the gunshot, 13-year-old Kevin Jr. saw a man running to a car, a distinctive 1965 Buick Riviera, he told officials. The vehicle was known to belong to a neighbor named George Taylor, according to legal documents.

The man Kevin Jr. saw fleeing the crime scene looked like Taylor, who lived nearby at the home of Shelbi Harris. The Jameses, Taylor, and Harris all were friends.

“Lisa didn’t think that George had anything against Kevin or that they had any problems, so she didn’t have any idea why George would have been involved in this,” said Amicone.

When Taylor was interviewed by officers he claimed that he parked in front of the victim’s house because he feared carjackers were after the vehicle. But inconsistencies in Taylor’s version of events concerning his whereabouts at the time of the murder threw up red flags.

Amicone arrested Taylor, knowing that they lacked sufficient evident to charge him with the murder. Her plan was to surveil Taylor when he was released.

But two weeks after the James murder, the case took an unexpected twist. Taylor’s girlfriend reported that he had vanished. Detectives were uncertain whether he was in trouble — or on the run.

Taylor’s body was eventually found in a remote location. He’d been shot execution-style in the back of the head.

Through an interview with Taylor’s girlfriend, detectives learned that he was last seen with Terence Bledsoe and Joe Jensen. Bledsoe immediately came in to be interviewed but investigators had to track down Jensen.

Bledsoe’s interview revealed to police that he, Taylor, Harris, and Jensen “were a tight-knit group,” said Amicone. “They always hung out together.”

All four had been together in a Moreno Valley motel room the night James was killed. But investigators soon discovered that Lisa James, the victim’s wife, was also at the motel. However, she had registered as Lisa Nash, her maiden name.

Lisa never mentioned that, said Richard West, retired deputy district attorney for Riverside County, telling producers, “Why would she conceal that they had been hanging out at this motel room the night of the killing?”

It appeared that a four-person conspiracy was behind both murders, according to Amicone. That included Lisa, Harris, Bledsoe, and Jensen. But why would Lisa get involved?

Lisa and Harris were brought in for questioning. Amicone observed their behavior and body language as they sat together in an interview room. Gut instinct told her something.

“I myself am a gay woman,” Amicone said. “And so while I'm watching them, I am starting to get this vibe between the two of them.”

She became convinced of the relationship, which presented a motive for murder, and shared her hunch with fellow investigators.

Lisa and Harris were put in separate rooms. Lisa adamantly denied being “turned on by women.” But investigators had enough to detain Lisa, along with reason to search her purse. They found letters they believed were written by Lisa and Harris.

The correspondence described sexually detailed desires. “I want to eat you,” one read.

Confronted with the letters, Lisa James changed her story. She said her relationship with Harris began after her husband’s murder.

To move the case forward, Amicone forged a letter from George Taylor he supposedly wrote in case harm came to him. The note cast blame on others in the suspected conspiracy. Harris wasn’t fooled by the device, but Bledsoe took the bait.

He said that he knew Taylor shot Kevin James “at Shelbi’s direction, all because of the affair between Shelbi and Lisa,” Amicone told producers. The women bought .40 caliber ammunition. Bledsoe, Taylor, and Jensen then drove to the James house.

After Taylor was arrested, he told Harris that he talked to a lawyer.

“Shelbi now feels like George is on the cusp of spilling his guts,” said Amicone. A day later Bledsoe and Jensen picked up Taylor in Bledsoe’s car and drove him to a secluded spot. Harris was there waiting for them. An argument outside the car ensued.

“Joe [Jenson] raises the gun and shoots George once in the back of the head,” said Amicone. After that they dumped the body.

Bledsoe was arrested as an accessory to murder. To reduce his sentence he agreed to cooperate with detectives.

Triggerman Joe Jensen, Lisa James, and Shelbi Harris, who was deemed the mastermind, were arrested.

“Shelbi was kind of the leader of this little group of people," said West, describing the men as “hangers-on.”

Amicone added, “Shelbi could just kind of charm people into doing what she wanted them to do … up to and including murder.”

The conspirators’ trials began in November 1999. Shelbi Harris and Joe Jensen were found guilty of the murders of Kevin James and George Taylor.

Lisa James was found guilty in the murder of her husband. She received a sentence of 25 years to life.

Terence Bledsoe received a three year sentence, according to “Mastermind of Murder.”

To learn more about the case, watch “Mastermind of Murder,” airing Sundays at 7/6c on Oxygen or stream episodes here.

'Mastermind Of Murder' Season 2 Is Coming — Here's What To Know