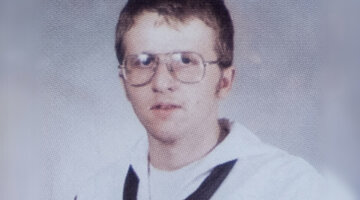 1:18
Exclusive
Who Was Edward Vollmer? 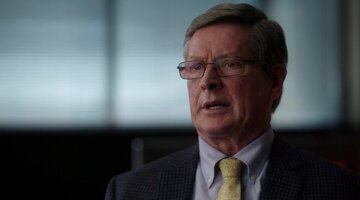 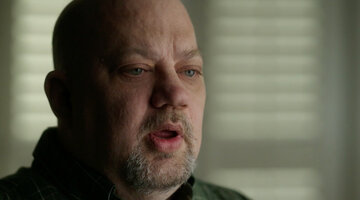 On June 16, 1992, a mutilated body later identified as 20-year-old Navy Seaman Conway Utterbeck was found in a shallow grave in a wooded area of Warner Robins, Georgia.

Authorities made the gruesome discovery after loggers called 911 to report “a bad smell,” John Holland, a detective with Houston County Sheriff’s Office, told “Mastermind of Murder,” airing Sundays at 7/6c on Oxygen.

Utterbeck’s head, hands, and feet had been cut off. A scar near his left knee was one of the few clues to identify him.

“This was not the scene of the murder. This was disposal,” said Ed Lukemire, former District Attorney, Houston County.

Detectives had tried to identify the body using missing persons reports for a week when Naval investigators on a base in Pensacola, Florida reached out about Utterbeck. A junior sailor in the engineering department with a spotless record, he had inexplicably gone AWOL from the U.S.S. Forrestal on April 6, according to Special Agent, NCIS Diane Kelley. His bank account had been untouched for weeks.

Reba Utterbeck, the missing sailor’s mother, had called Navy officials to report she hadn’t heard from her son. Being in the Navy, she said, “was his dream.” Before Utterbeck disappeared he had called her to tell her he was going to Georgia for the weekend with two shipmates, saying not to worry and that “he was with friends.”

Even without the use of fingerprints or dental records, investigators were confident the torso was Utterbeck. He had an injury near his knee that had needed surgery.

Investigators spoke individually with Edward Vollmer and Travis Hittson, the sailors Utterbeck spent the weekend with before he disappeared. They both said that after the weekend in Georgia at Vollmer’s parents' house they all returned to Florida.

They claimed they last saw him when they dropped him at a local bar as they returned to the ship. Investigators were puzzled: How could Utterbeck’s torso be in Georgia if he returned to Florida?

Investigators conducted interviews with other crewmen to learn more about Vollmer and Hittson. As a sailor, Travis Hittson was described as very easygoing and ready to follow the chain of command, according to Kelley. When he wasn’t on duty he drank heavily. Steve Nix, a former sailor on the U.S.S. Forrestal, recalled that during one drunken stupor Hittson went into the wrong apartment and ended up arrested for breaking and entering.

Vollmer, on the other hand, was an alpha leader. As a sailor, he was smart and had been accepted into an elite program. Some fellow sailors described him as arrogant, and some were scared of him.

Investigators sought to have a second sit-down with Vollmer, who’d been discharged from the Navy for possessing marijuana. Officials determined he was living off base in Pensacola, but he left town before they could interview him.

When investigators reinterviewed Hittson, he “looked overwhelmed,” said Kelley, adding that as he retraced the events of what happened during the weekend in Georgia, “his face was bright red. He was almost shaking.”

Hittson then came clean about what really went down in Georgia.He admitted that he shot Utterbeck between the eyes. With a confession secured, Hittson was arrested for murder.

He agreed to take investigators to where the body parts were buried in Florida.

Investigators were able to use dental records and the recovered head to irrefutably identify the remains as Utterbeck.

The medical examiner confirmed that Utterbeck suffered a gunshot to his forehead. Detectives knew how Utterbeck died but were still puzzled about why he was executed. What was Vollmer’s role?

Investigators learned that Vollmer had told Hittson that Utterbeck had a “hit list” they were both on, Kelley told producers. Vollmer essentially told him, "If we don’t kill him first, he’ll kill us."

Between Hittson’s dedication to the chain of command and the fact that he’d been drinking, he was easily manipulated, according to investigators.

Vollmer instructed Hittson to go into the house and disable Utterbeck with a baseball bat. To avoid getting blood on his parents’ carpet, the men dragged Utterbeck into the kitchen. Vollmer handed a gun to Hittson, who shot Utterbeck in the head. They dismembered Utterbeck with a hacksaw from the shed, and then tossed him into the trunk of Vollmer’s car. They drove to a wooded area to bury the torso.

They returned to the house and Hittson “spent hours” cleaning the kitchen, according to investigators. They bagged the remaining body parts, stashed them in Vollmer’s trunk, and returned to the ship. They buried Utterbeck’s head, hands, and feet the next day.

Vollmer was arrested but refused to talk with authorities.

Investigators searched his parents’ home, where they found a .22 revolver, a bat, and a saw. Luminol revealed blood traces in the kitchen. Everything Hittson had said “was corroborated,” said Lukemire. Investigators had enough evidence to bring murder charges against both Vollmer and Hittson.

Why did Vollmer fabricate the story of a hit list to manipulate Hittson into killing a fellow sailor? Detectives pieced together a motive after talking with shipmates and Vollmer’s ex-wife. She described him as abusive and obsessed with murder.

“Hittson was the perfect puppet for Vollmer,” said Kelley, adding that because of his superior rank he took advantage of others beneath him. Vollmer took “sick pleasure in being in control.”

Like Hittson, Utterbeck wanted to fit in. Investigators believe that’s why he accepted Vollmer’s invitation to go to Georgia even though they weren’t buddies.

In March 1993 Hittson was convicted and sentenced to death. Vollmer pleaded guilty to murder charges to avoid the death penalty. He was sentenced to life with the chance of parole. Hittson, 45, was executed by lethal injection in 2016.

To learn more about the case, watch  “Mastermind of Murder,” airing Sundays at 7/6c on Oxygen or stream episodes here.

'Mastermind Of Murder' Season 2 Is Coming — Here's What To Know