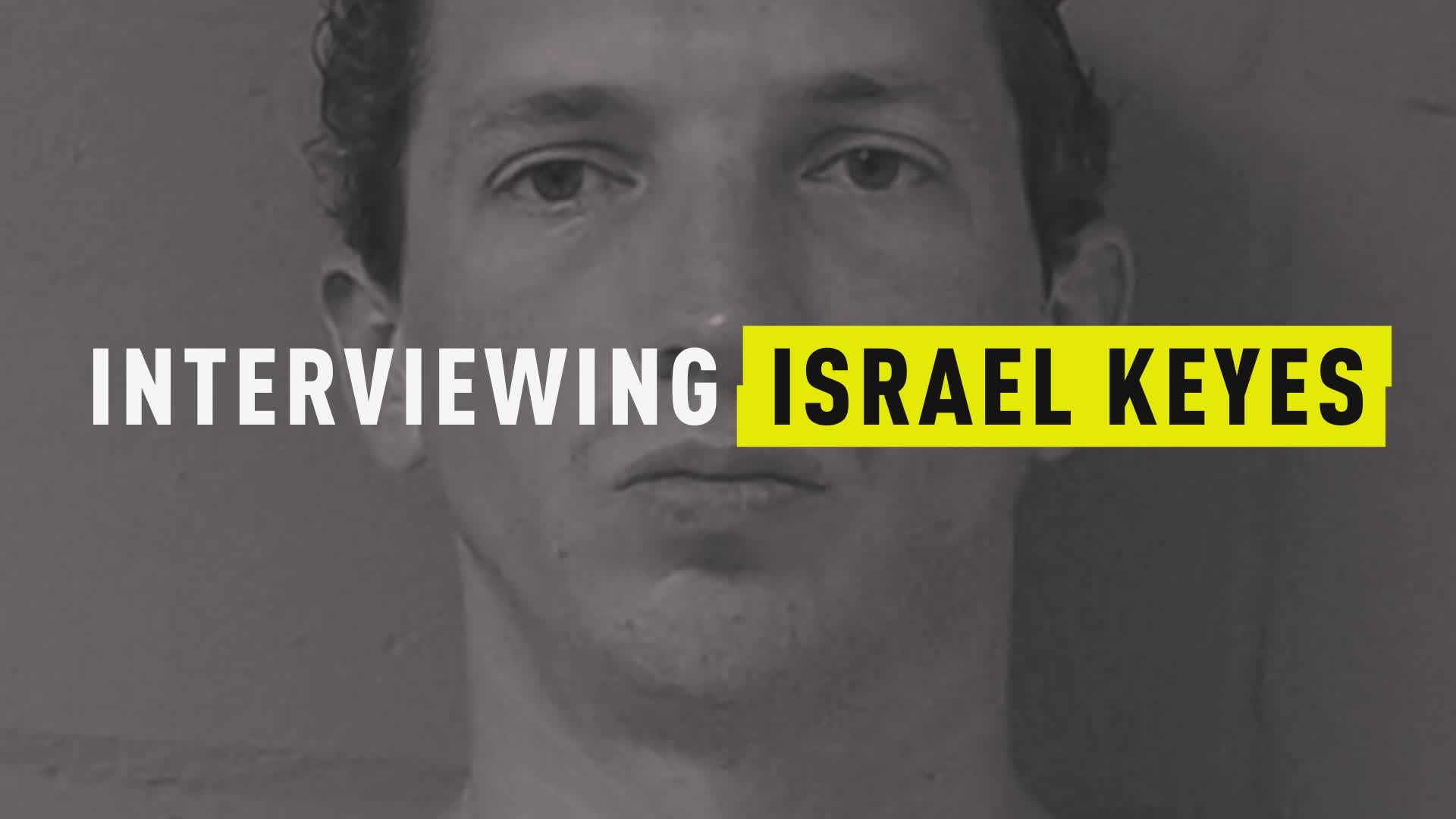 When authorities discovered serial killer Israel Keyes had committed suicide in his jail cell while awaiting trial for the murder of 18-year-old Samantha Koenig, they hoped his suicide note would reveal further information about his other unidentified victims. Instead, what they found on the bloodied sheet of yellow legal paper was a chilling tribute to his killings and life as a murderer.

After the note was sent to an FBI laboratory in Virginia for analysis, they concluded "there was no hidden code or message in the writings," and that Keyes did "not offer any investigative clues or leads[.]" With lines like "Watch close while I work now, feel the electric shock of my touch, open your trembling flower, or your petals I'll crush," FBI Special Agent Ted R. Halla described the note as "serial killer poetry" in an interview with Oxygen's documentary special "Method of a Serial Killer."

Aside from reminiscing about his victims' final moments, Keyes also seemed to criticize America's widespread consumerism and obsession with fame, writing, "Land of the free, land of the lie, land of scheme Americanize! ... Consume what you don't need, stars you idolize, pursue what you admit is a dream, then it's American die."

Dr. Phil Resnick, director of forensic psychiatry at University Hospitals Case Medical Center in Cleveland, told ABCNews.com that Keyes' suicide note was far from "ordinary," explaining, "He doesn't talk much about his own dilemmas of being in prison or why he's taking his own life. ... It's more of a final statement of contempt for the American style of life and I think the other thing he emphasizes is his own superiority, that he has guile and can take advantage of people who are naive and trusting of him."

Resnick continued, "He's writing this so that people will find it and talk about it and further magnify his own self worth. ... And, of course, it has no remorse, no regard for human life or the victims and that fits with that type of psychopathic personality."

Following Keyes' suicide, the FBI went public with their information about his possible connection to multiple unsolved murders and disappearances. To this day, Keyes' other alleged murders and crimes have not been confirmed.

FBI Special Agent Colleen Sanders told "Method of a Serial Killer," "This investigation is still ongoing, and we need the public's help in order to solve these crimes."

Read the entire transcription of Keyes' note below:

"Where will you go, you clever little worm, if you bleed your host dry?

Back in your ride, the night is still young, streetlights push back the black I neat rows. Off to the right a graveyard appears, lines of stones, bodies molder below. Turn away quick, bob your head to the seat, as straight through that stop sign you roll loaded truck with lights off slams into you broadside, your flesh smashed as metal explodes.

You may have been free, you loved living your lie, fate had its own scheme crushed like a bug you still die.

Soon, now, you'll join those ranks of dead or your ashes the wind will soon blow. Family and friends will shed a few tears, pretend it's off to heaven you go. But the reality is you were just bones and meat, and with your brain died also your soul.

Send the dying to wait for their death in the comfort of retirement homes, quietly/quickly say "it's for the best" it's best for you so their fate you'll not know. Turn a blind eye back to the screen, soak in your reality shows. Stand in front of your mirror and you preen, in a plastic castle you call home.

Land of the free, land of the lie, land of scheme Americanize! Consume what you don't need, stars you idolize, pursue what you admit is a dream, then it's American die.

Get in your big car, so you can get to work fast, on roads made of dinosaur bones. Punch in on the clock and sit on your ass, playing stupid ass games on your phone. Paper on your wall, says you got smarts. The test that you took told you so, but you would still crawl like the vermin you are, once your precious power grids blown.

Now that I have you held tight I will tell you a story, speak soft in your ear so you know that it's true. You're my love at first sight and though you're scared to be near me, my words penetrate your thoughts now in an intimate prelude.

I looked in your eyes, they were so dark, warm and trusting, as though you had not a worry or care. The more guiless [sic] the game the better potential to fill up those pools with your fear.

Your face framed in dark curls like a portrait, the sun shone through highlights of red. What color I wonder, and how straight will it turn plastered back with the sweat of your blood.

Your wet lips were a promise of a secret unspoken, nervous laugh as it burst like a pulse of blood from your throat. There will be no more laughter here.

I feel your body tense up, my hand now on your shoulder, your eyes…Forget the lady called luck she does not abide near me for her powers don't extend to those who are dead.

[illegible words] would that I could keep you, let you be the master of your own fate...knowing full well what's at stake? My pretty captive butterfly colorful wings my hand smears...I somehow repaint them with punishment and tears.

Violent metamorphosis, emerge my dark moth princess, I would come often and worship on the altar of your flesh…You shudder with revulstion [sic] and try to shrink far from me. I'll have you tied down and begging to become my Stockholm sweetie.

Okay, talk is over, words are placid and weak. Back it with action or it all comes off cheap. Watch close while I work now, feel the electric shock of my touch, open your trembling flower, or your petals I'll crush."

What We Know About Serial Killer Israel Keyes' Victims