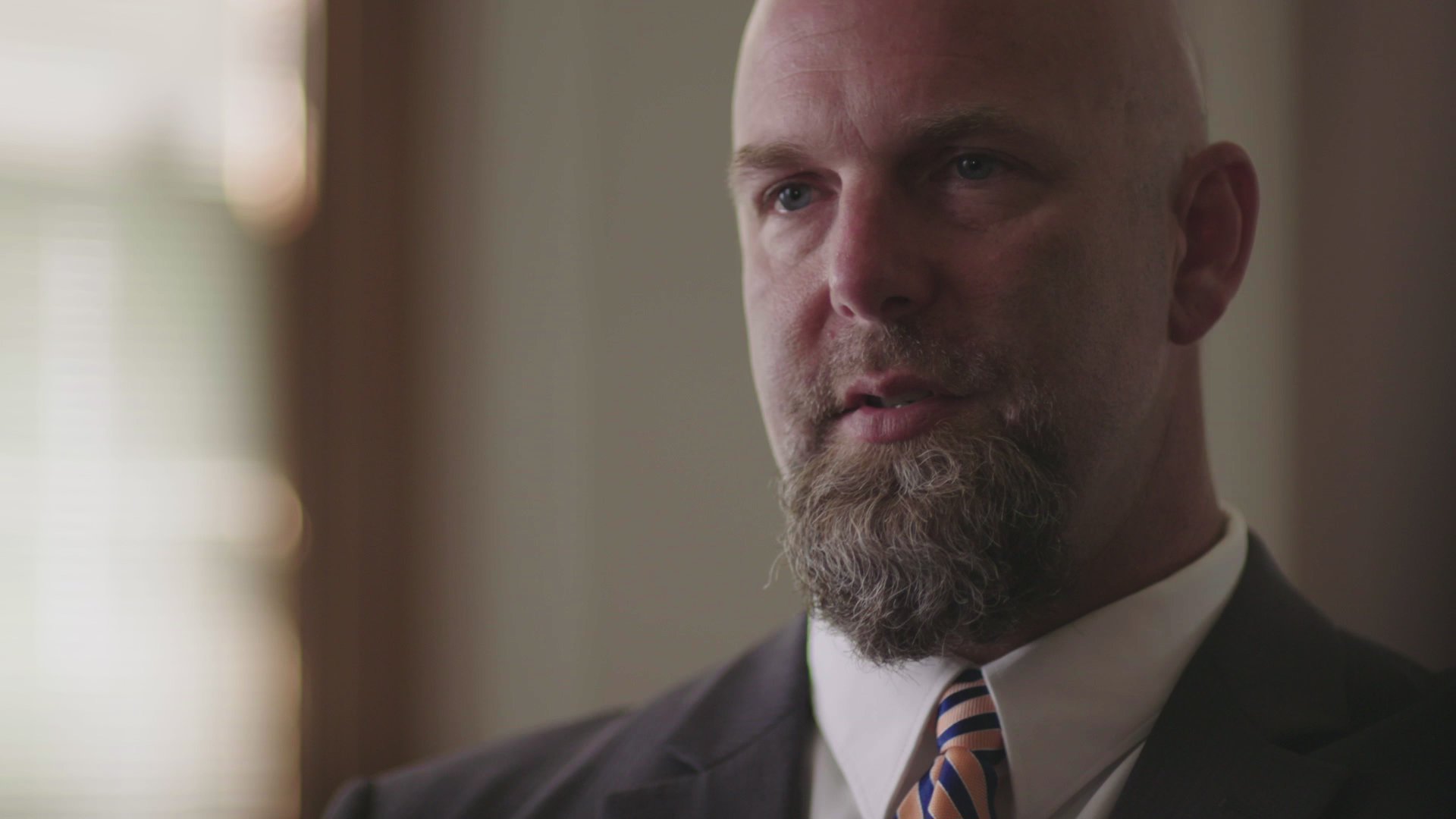 The proposition was brutal enough to turn the stomach of a seasoned undercover officer.

Iowa Department of Public Safety Officer Doug Hurley kept his cool as landscaper Jason DeWitt, 36, sat beside him in his pickup, telling him that he wanted a co-worker, the man’s wife and their two kids murdered.

“Might as well do ‘em all,” DeWitt told the undercover officer without a hint of emotion.

“The way he talked to me, it was sickening,” Hurley told “Murder for Hire,” airing Sundays at 7/6c on Oxygen.

DeWitt ostensibly wanted Chad Williams, his wife, Angie, and two children dead for murky reasons involving an $80,000 landscaping contract. Williams told “Murder for Hire” that he had no idea what DeWitt was talking about, and investigators surmised that there were likely other reasons for DeWitt’s animosity toward his co-worker.

“When I heard there were kids involved, it just made me angry,” Johnson County Sheriff’s Detective Randy Lamm said. “It seemed like pure evil to me.”

The planned murder for hire was brought to detectives’ attention when a familiar face walked into the Johnson County Sheriff’s Office on June 13, 2016. Ronald Robi, an ex-con who described himself to “Murder for Hire” as a “white collar criminal,” said that DeWitt had approached him and asked for a “favor.”

Robi said that it wasn’t easy for him to bring the solicitation of murder to the sheriff’s office, because of his checkered legal past. Still, when DeWitt told him that he also wanted the Williams children dead, Robi felt he had to act.

Robi and Hurley’s quick thinking helped land the murderous landscaper behind bars. After introducing Hurley as a hitman to DeWitt, detectives recorded two meetings in the cab of that pickup truck. At the second meeting, after DeWitt filled out an IOU promising Hurley $7,000 for killing the family, authorities swooped in and arrested him.

DeWitt was charged with four counts of attempted murder and attempted solicitation of murder, but his case was slow to go to trial, according to “Murder for Hire.” While sitting in the Muscatine County Jail, DeWitt would start asking around among the more seasoned inmates about getting a cop and a private citizen killed from the inside.

Iowa Department of Public Safety Special Agent Matt Allers took on the role of hitman this time, paying DeWitt a visit in jail. He had a script ready, but DeWitt surprised him: He now wanted three people dead. Robi apparently wasn’t enough, and DeWitt wanted the ex-con’s wife, Sharolyn Evans-Robi, killed as well.

DeWitt had a hand-drawn map of the Robis’ home, which he showed to Allers, right in front of a camera in the jailhouse. Allers told him that for throwing a cop into the mix, the price of the whole job would jump to $25,000.

At a second meeting, Allers closed the net. He held up photos of the Robis and Hurley, and after DeWitt confirmed that he wanted each of the three dead, investigators had what they needed.

“How are you falling for this a second time?” Hurley recalled saying to himself as he watched DeWitt dig an even deeper hole.

For the whole story of DeWitt’s two cruel — but botched — murder for hire plots, including actual footage of him being interviewed by investigators in jail, tune in to “Murder for Hire,” airing Sundays at 7/6c on Oxygen.

Mom Wants Father Of Her Kids Dead Over Custody Battle