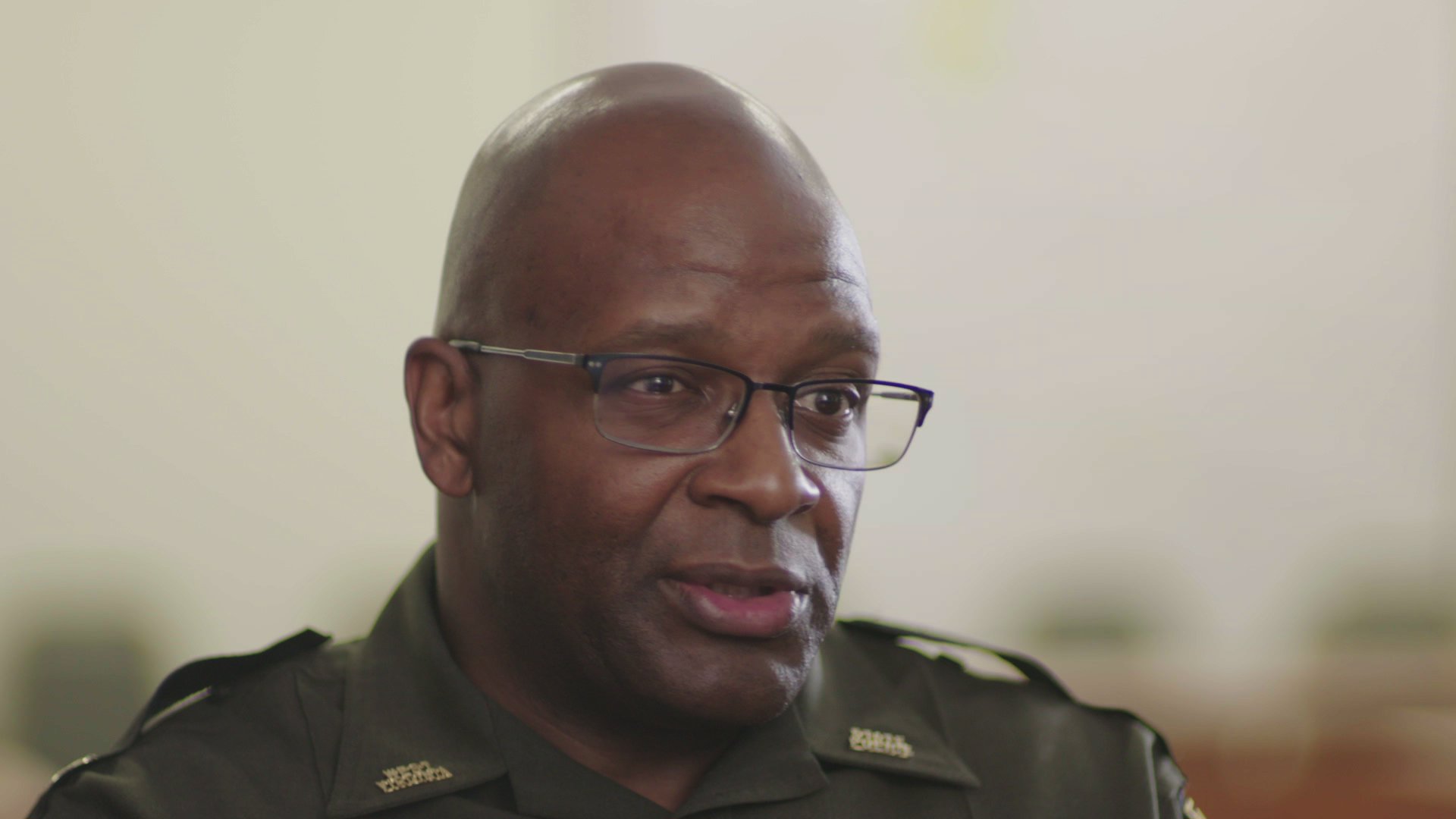 Shortly after Robert “Butch” Halley married 63-year-old Sunny Gunn-Halley, his family began warning him that she had it in for him. But Butch trusted his wife — right up to the moment he was called into the police station and informed she’d offered a hitman $15,000 to kill him.

Sunny had a substantial criminal background, according to “Murder for Hire” on Oxygen. She had been arrested for bad checks, domestic violence, and for smuggling 500 grams or more of cocaine at the Miami airport, according to local NBC affiliate WTAP.

Sunny had told Butch about her troubled past while they were dating and convinced him she had turned over a new leaf.

“She said she’d done her time and she’d found God and church,” Butch told producers. “But that didn’t last long.”

After their marriage, Sunny quickly went back to her drug-hustling ways, selling Percocet and other prescription drugs out of their home in Parkersburg, West Virginia, according to Butch.

“She would pick my pills up at the drug store while I was at work, and by the time I’d come home, I’d have half of them,” Butch told producers. “It bothered me, but I loved her.”

A rift opened between Sunny and Butch, and she spent less and less time with him. A year into their marriage, they began sleeping in separate bedrooms, Butch’s daughter Amanda Halley told producers. Soon, Sunny began to eye her husband’s sizable life insurance policy: Butch’s $130,000 statement listed Sunny as the sole beneficiary.

A neighbor soon overheard Sunny talking with people in bars about buying insulin, which apparently could kill without leaving any evidence, Amanda told producers. But when she confronted her father about what people had been hearing, he just shrugged it off.

“I asked Sunny about it and she told me she was just kidding around with everybody and that’s all it was, it was a joke,” Butch told producers. “I believed her because I wanted to. I wanted to think that everything was fine.”

As time went on, it became increasingly clear to Butch’s friends and family that their loved one was in danger. In fall 2009, Sunny reached out to family friend Franklin Robinson with a shocking request.

“She said, ‘Well, I’ve been thinking about something for a long time,’” Robinson told producers. “’I want to kill Butch.’”

Robinson said Sunny offered him $10,000 to act as her hitman. Thinking quickly, he told her that he had an uncle who was just released from prison, and that he would talk to him about helping Sunny out. Robinson then reached out to police, who sent an undercover officer posing as Robinson’s “Uncle O.”

“Uncle O” asked Sunny to up her offer to $15,000, according to the Associated Press. She agreed and gave him her wedding band as a down payment.

Butch told producers that his friends informed him about the hit, but that he continued to trust his wife’s word over theirs.

Finally, in October 2009, Sunny was arrested and accused of solicitation to commit a felony crime of violence, according to WTAP. When officers called Butch into the station and broke the news, he finally realized his family had been telling the truth.

“I will never forgive her for what she did,” Butch told producers.

Sunny pleaded guilty to solicitation to commit a felony crime of violence at trial and was sentenced to three to 15 years in prison. Now a free woman, she currently lives in Kentucky, where she has remarried.

For more information, tune into “Murder for Hire,” airing Sundays at 7/6c on Oxygen.

Man Acted In Short Film, And Then Put A Hit On The Director

Mom Wants Father Of Her Kids Dead Over Custody Battle