Sign Up for Free to View
Murder For Hire Minisode: 'Just Have Fun,' Jailed Man Says, Trying To Arrange Hit On Ex-Wife 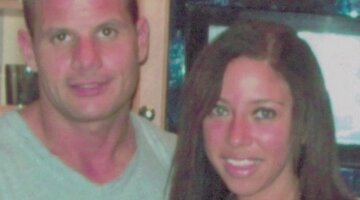 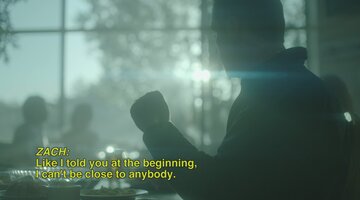 1:44
Murder For Hire
Murder for Hire: The Olive Graden Meeting 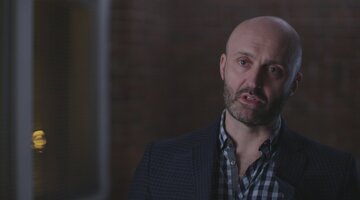 In July 2013, Lieutenant Jennifer Daley (now Captain) was called to Utah’s Ogden Regional Hospital to interview a young mother named Tiffany Mead, who had been rushed to the emergency room the previous evening with a near-fatal throat slash.

“I tried to commit suicide,” Mead said during the 911 call from her car. “My neck’s bleeding. I need help quick.”

Emergency responders had found Mead on the side of the road along with her estranged husband, Kristopher Ertmann, and their 2-year-old son. Once Mead was safe in the ambulance, she said Ertmann had been the one who cut her throat. Ertmann denied harming his wife and told the Davis County Sheriff’s officers Mead was mentally unstable and had “a suicidal past.”

“I wouldn’t kill her. I love her,” claimed Ertmann.

Unsure about what had actually occurred at the chaotic scene, officers took Ertmann into custody, and Mead made a brief call to her mother to pick up her son from the car.  As the call ended, Mead closed her eyes and said, “Now I can die… the kids are safe.”

Recovering in the hospital, Mead told Daley she had met Ertmann to pick up a child support check, and that when she got out of her car, Ertmann immediately put her in a “bear hug.” He then pulled out a knife, put his hand over her mouth and slid the blade across her throat. Mead recalled that as blood was gushing from her neck, Ertmann held her hands down so she could not put pressure on the wound. After a few minutes, Mead said she was getting dizzy, and Ertmann let her sit in the car.

“And he said that the only way that he would let me get help is if we got back together and I dropped the divorce,” Mead told Daley.

Earlier that year, Mead had left Ertmann after allegedly enduring months of emotional abuse, but Ertmann allegedly continued to stalk and harass her. Mead said their only contact was to exchange child support payments.

Once Mead agreed to get back together with Ertmann, he “sealed it with a kiss.”

“I was gonna call 911, and he said that we had to come up with a story,” said Mead. “So he told me to tell them that I was trying to commit suicide because he knows I’m on antidepressants and he thought it would be believable.”

Ertmann then made Mead drive away from the crime scene, and he threw the weapon out of the car window. At the end of her interview with Daley, Mead said Ertmann was a “very violent person” and that she believed he would attempt to kill her again.

In conversation with “Murder for Hire,” premiering Saturday, Oct. 5 at 6/5c on Oxygen, Daley said Mead had lost 3.5 liters of blood and that it was “shocking … that she survived it.”

“I didn’t think for one second that she had tried to kill herself. None of it added up,” said Daley.

Ertmann was charged with attempted murder, and he remained in jail while awaiting trial. Worried there would only be enough evidence to convict Ertmann of second-degree felony aggravated assault, Captain Daley began listening to his inmate phone calls, which are recorded and monitored by law enforcement, for clues.

Six months into the investigation, Daley got her first break. While speaking with his father, Ertmann told him to look up a friend named Raymond on Facebook. Daley wrote the name on a yellow sticky note and told Oxygen.com that at first, she “didn’t think twice about.”

“I woke up in the night … hearing the the words ‘Raymond’ live in my bedroom, and it was very obvious that I was supposed to pay attention to that,” said Daley. “When I went back to work, I found that pad of sticky notes. … That’s when I thought, ‘We’ve got to find that guy.’”

Daley and her team discovered that Raymond, a former inmate, and Ertmann had been housed together in the same cell block. They quickly contacted Raymond’s probation officer to set up an interview.

Raymond told investigators that during their time together, Ertmann had “admitted guilt” and said he “was the one that cut her throat … or tried to cut her throat.” Raymond also said Ertmann had asked him if he “had the connections to arrange for bad things to happen to her … her death, specifically.” Ertmann reportedly told Raymond he could pay a hitman $25,000 to kill his ex-wife.

The Davis County Sheriff’s investigators were floored by Raymond’s account, and they began setting up an undercover sting operation to catch Ertmann. But first, they had to alert Mead there was another potential threat on her life.

“Telling Tiffany that … her ex-husband who tried to kill her was attempting it again was absolutely one of the most devastating things I have ever done,” Daley told Oxygen.com. “You could see the color draining out of her face and tears just pouring out of her eyes.”

In the hope that they could capture Ertmann discussing details of the hit, law enforcement had Raymond become an informant and visit Ertmann in jail. When asked if “25” was still “doable” for the job, Ertmann said he could not “do it as this time” and that he wanted to “wait” on it.

Back at square one, investigators were unable to move forward with the murder-for-hire charge, and Daley took the following month to regroup, worried Ertmann could still be searching for a hitman. Then, in March 2014, a second inmate came forward with case-breaking information: “[Ertmann] offered to have me do something … to kill her,” he told Daley.

The inmate agreed to become an informant and introduce the “hitman” — undercover officer Detective Scott Clark — to Ertmann. During the first jailhouse video call, Ertmann passed along Mead’s home address so Detective Clark could take photographs confirming the residence and victim. Mead agreed to pose for a set of staged photographs.

“It took everything that I had to not just break down and cry while they were taking pictures,” Mead told “Murder for Hire.”

Detective Clark returned to the jail to speak with Ertmann and show him the photographs. Ertmann confirmed Mead was the intended victim and told him to “have fun” killing her. Asked when he wanted the murder to take place, Ertmann said “the sooner the better,” and agreed to pay Detective Clark $5,000 for the hit.

In 2016, Ertmann was denied parole, and he will not have another parole hearing until at least 2029. Both Mead and Daley attended the hearing, and Daley has promised to be present at any future proceedings.

“Kris committed more crimes inside of the jail than he did while he was free,” Daley told Oxygen.com. “Although I cannot speak at the parole hearings, the fact that I’m in the building I hope is enough to show the parole board that this case is important that a cop actually showed up to it. I will never miss one. Even if I’m 90 and in a wheelchair or a walker, somebody will push me in that door.”

To this day, Mead still keeps in touch with Daley, whom she calls her guardian angel.

“Her life is really blossoming, and you can tell she’s becoming a survivor,” said Daley.