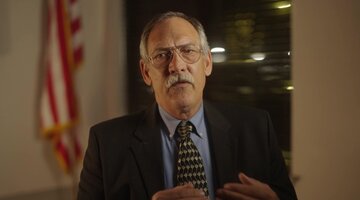 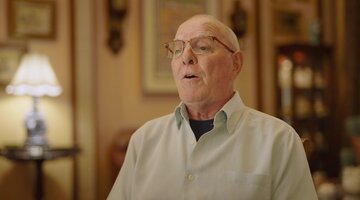 1:52
Preview
What Happened the Night of David Sexton’s Death? 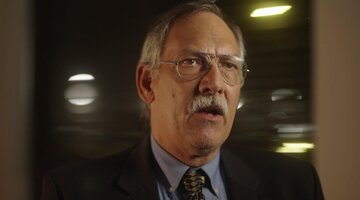 In New Orleans in the late 1990s, David Sexton, 51, was a university professor who specialized in helping young disabled children.

On November 19, 1999, Sexton went to dinner and a play with two of his close friends. After dropping them off, it’s believed that he decided to go back out on the town alone. But days later, on November 22, after Sexton didn’t respond to calls from friends, they went to his home to check on him. (One of them had a spare key.) They were horrified to find him naked and dead on the floor by his front door.

“I was very careful not to touch anything, and then I walked to the phone to call 911,” friend Stephen Loria told Oxygen series “Murdered By Morning.”

New Orleans Police Department officers arrived shortly after 10 a.m. Officers observed that he’d been stabbed in the chest as well as his back.

There was so much blood throughout the house and such signs of an intense struggle that detectives told producers they wondered if there was actually more than one victim. Various samples of blood evidence were collected for eventual DNA processing.

Investigators carefully processed the crime scene, which included small bloody footprints and shoe prints, plus signs that the killer had showered. Evidence collected included kitchen knives and a pair of blood-soaked underwear that didn’t match the brand in the victim’s dresser. Sexton’s keys and wallet were missing.

“Forensic evidence,” said Allen, “was going to be the key to the case.”

An autopsy revealed the brutality of Sexton’s murder. He had been stabbed 17 times. In addition, there were defensive wounds on his arms and hands. A severed coronary artery was the “catastrophic wound,” according to “Murdered by Morning.”

Investigators looked into Sexton’s history to get a better picture of who might harm him. They learned that he’d had a longtime partner of some 25 years, who had died from cancer in 1997. His friends said he was open to dating other men.

Early in the case, detectives considered Loria as a possible person of interest, based on the fact that he had a key to Sexton's home and had small feet matching the telltale bloody prints at the scene. The line of investigation was eventually dropped and Loria was ruled out as a suspect.

Investigators canvassed New Orleans bars and interviewed employees for leads, but that route ultimately turned up little useful information. CrimeStoppers tips also proved to be of limited value in the case. So, they honed in on Sexton’s prior relationships. He had briefly dated a man about six months before his murder. Witnesses’ statements painted a picture of a toxic relationship. Investigators questioned the man, who was visibly upset to learn of Sexton’s murder. He was cleared from suspicion because his feet didn’t match the prints at the crime scene.

While that avenue was closed off, forensic analysis began to give investigators something more to go on. Sexton’s blood type was O, but there was type B blood on the blood-covered underwear at the scene.

Another lead arose when Sexton’s credit card bill revealed that his account was used after he was killed. Detectives believed the killer may have tossed Sexton’s wallet or sold the contents of it after leaving the crime scene. The line of investigation eventually hit a dead end.

Then, after months, the case went cold. Sexton’s siblings told producers they feared their elderly mother would die without ever seeing justice being served.

In April 2005 the New Orleans Police Department got a break. They received confirmation that there was a hit in CODIS, the federal DNA profile database, on the blood-soaked underwear at the crime scene, Tanya Faia, former prosecutor in the New Orleans District Attorney’s Office, told producers.

“The match was to Andy Joe Ervin, a white male who was serving 20 years in Parchman, which is a prison for violent offenders in the state of Mississippi,” she said, adding that he’d been convicted of armed robbery, kidnapping, and assault.

Ervin was not on the radar of investigators working the Sexton homicide.

“He committed the perfect crime, until CODIS caught up with him,” said Faia.

New Orleans Police Dept. detectives interviewed Ervin in prison. When they showed him a photo of Sexton he denied any knowledge of the crime. When they challenged him by asking why his blood was at the scene, Ervin asked for an attorney.

Ervin was arrested for first-degree murder. As prosecutors prepared for trial, investigators pieced together a possible scenario that occurred in November 1999.

They believe that Sexton went out, met Ervin, and brought him to his home. The struggle and grisly murder ensued. Ervin was injured and bled profusely, before showering and leaving the scene.

Investigators can’t say if Ervin’s motive was robbing Sexton or killing him.

“The only way you’d have gotten all the answers is if he confessed and he gave a full confession and he didn't do that,” said Joseph Catalanotto, a former sergeant with the New Orleans PD.

In 2007, Ervin was extradited to Louisiana, where he awaited trial. In June 2008, Ervin, then 42, pleaded guilty to manslaughter and got the maximum sentence of 40 years, served concurrently with his other convictions.

To learn more about the case, watch “Murdered By Morning,” which you can stream here.