Sign Up for Free to View
Erin Jones’ Friend Alerts 911 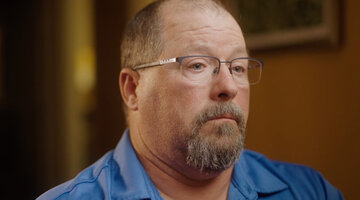 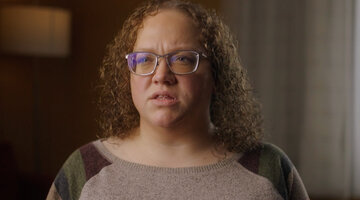 1:06
Preview
A Tornado Occured the Night of Erin Jones’ Death 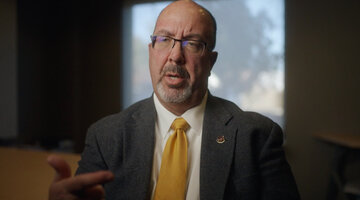 For Erin Jones, a 31-year-old single mom of two who worked as a bank teller in Dodge City, Kansas, Friday, May 4, 2007 was all about a laid-back ladies night.

She and her friend, Vanessa Feldman, began the evening at a basketball game. Drinks and some dancing at a local club followed. The women went home in the wee hours of Saturday and made plans for lunch later that day.

But that never happened. When Feldman arrived at Jones’ home to pick her up for lunch, she noticed the gate was unlocked and broken glass was by a door, so she called 911.

In Jones’ bedroom officers found her “deceased in the bed, facing away from the door,” John C. Nachtman, a retired special agent with the Kansas Bureau of Investigation, told “Murdered By Morning,” airing Saturdays at 8/7c on Oxygen.

The house wasn’t disturbed, indicating the shooting was unlikely to be the result of a botched robbery. Instead, it appeared to have been a targeted attack.

The autopsy determined that Jones died of a .270 caliber gunshot to the head. The shape of the fatal wound showed that the bullet passed through an object, possibly a glass pane, before hitting her.

“It appeared to us that this bullet was fired from a high-powered rifle in the backyard,” said Nachtman, adding that the bullet hit glass and metal “and then finally the victim.”

“My past and future were ripped away from me,” said Jones’ sister, Theresa Rust.

Police retraced events of the previous night. Elvin, a ballplayer Erin had met and chatted with on social media, set up tickets for the friends to see the game.

“The plan was to meet up with Elvin and some of the teammates at the Latinos bar in Dodge City,” said Feldman. Because the place was overcrowded, the women went to another bar, Central Station. Jones texted Elvin, who said he’d try to meet up later with her.

At the bar, Jones noticed that her ex-boyfriend Christopher Tahah, a local policeman, was also there. The exes, who’d dated for a relatively short time before going through a difficult breakup, kept their distance. Erin also danced with another acquaintance, Jason, according to Feldman.

The two had had their share of rough patches during the marriage and after their divorce, but there were no reports of domestic abuse. Police were soon able to clear him as a suspect.

Investigators interviewed Tahah, a local police officer. Tahah “teared up,” investigators said when he heard about Jones. He acknowledged that he’d seen her from a distance at Central Station before he left. Tahah claimed he was sleeping between 3 a.m. and 6 a.m., the window of time for the murder. He also stated that in addition to his service firearm, he owned other guns but none like the rifle in question used in the crime.

Police turned their attention to Jason, who admitted that he had spent time with Jones. He said he was sleeping during the suspected time of the slaying, and Jason’s roommate confirmed that he was home and asleep between 3 and 6 a.m. Jason was cleared as a suspect.

Police combed through Elvin’s text messages and confirmed his whereabouts during the suspected time of the shooting. The ballplayer was also ruled out.

Investigators circled back to Tahah. To gauge his state of mind, police interviewed friends he was with at Central Station.

Witnesses told officials that Tahah was visibly upset seeing Jones dancing with another man, which is why they left the bar. Police obtained warrants to search Tahah’s home, where they turned up a Winchester .270-caliber rifle with a missing bolt. Tahah had failed to tell officers he owned such a rifle. Spent .270 casings were found in a dumpster outside the apartment.

These red flags compelled investigators to reinterview Tahah, who denied any guilt. Despite this, he became the prime suspect and was relieved of duty. He agreed to take a polygraph test the next day, but never showed for the exam.

“Erin and I had conversations about how Chris was watching her,” said Feldman, adding that Tahah “always knew where she was and always knew who she was, what she was doing, what room she was in in her house.”

Tahah’s intrusive behavior escalated. Weeks before the murder and after the couple had broken up, Tahah had let himself into Jones’ home using a garage passcode that he knew. After he left, Jones promptly changed the code.

“It scared her to death,” investigators said. That fear may have kept her from getting a restraining order or telling Tahah’s boss, according to “Murdered By Morning.”

Tahah was apprehended by Colorado Highway Patrol following a car chase as well as one on foot after he bailed out of his vehicle. He was brought in for questioning — and confessed to the crime.

He told investigators that after seeing Jones with another man in the bar he went home, changed into dark clothes, and got his Winchester .270-caliber rifle, according to according to court documents.

He then went to Jones’ home, the Hutchinson News reported. He secretly waited outside. His intention, he claimed, was to scare her.

“It’s a very eerie feeling, knowing that [he was] just right there next to the garage and in the backyard waiting for us before I left her house,” said Feldman.

Tahah said he pointed the gun at Jones’ bedroom and claimed that the gun went off by accident.

“I meant to lower the gun down,” he is heard saying in the taped interview, “and the round went off.”

Investigators responded: “Chris, you’re a police officer. You know how to control a weapon. I have a hard time believing it just went off.”

In addition, he knew the layout of Jones’ home.

Tahah, then 33, was charged with Jones’ murder, the Associated Press reported.

In 2008, the jury found Tahah guilty of firing a firearm at an occupied dwelling as well as first-degree murder, said Salzman. Tahah was sentenced to life in prison.

How Did A Teen Die While Her Parents Slept Upstairs?