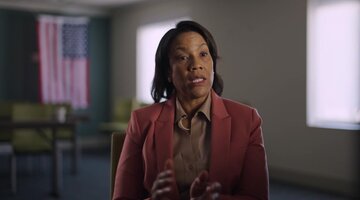 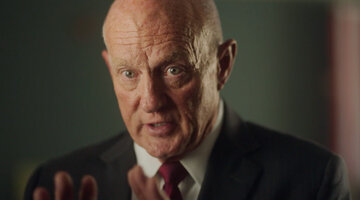 1:41
Preview
Your First Look at the Murder of Angela Samota 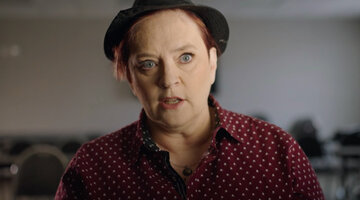 On October 12, 1984, Angela Samota, a bright 18-year-old student at Southern Methodist University in Dallas, headed out for some fun with her friends Anita Kadala and Russell Buchanan.

But in a tragic turn of events, Samota was found dead hours later in her condo. Police made the grisly discovery shortly after 2 a.m. on October 13 following an urgent call by her boyfriend.

“It appeared to me that her heart was lying on top of her chest,” said Janice Crowther, former Dallas Police Dept. patrol officer.

Investigators surveyed and preserved the crime scene. There was no sign of forced entry, which suggested Samota had opened her door to her killer. Blood in the bathtub and bathroom sink indicated that the killer cleaned up murdering her.

Police talked with Samota’s boyfriend, Ben McCall, who waited outside the residence. Detectives learned that McCall stayed in that night because of his work schedule. Around 1 a.m. Samota had briefly stopped by his apartment to say good-night after she had dropped off Buchanan and Kadala.

Then, Samota called McCall around 1:45 a.m., he told officers, and said a man was in her apartment. Before the call ended she said she’d call back, but she didn’t. When she didn’t answer again, McCall went to her home and called 911.

An autopsy revealed that Samota had been stabbed 18 times. One wound penetrated her entire body, all the way from the front to the back.

Analysis of the semen found in the victim showed that the rapist was a non-secretor, which refers to a person’s blood-typing subsystem.

Police re-interviewed McCall. McCall refused to take a polygraph test but agreed to give a DNA swab to determine if he was a secretor or non-secretor. With no other evidence linking McCall to the crime, police pursued other angles while awaiting the test result.

They reached out to Kadala and Buchanan. Kadala came in for an interview and said that nothing occurred that concerned her. On October 17, Buchanan, who was out of town immediately after the murder, met with investigators. His version of the events of the hours before Samota was killed matched Kadala’s.

However, Buchanan gave a saliva sample. He also took a polygraph test, during which he was asked if he killed Samota. He said no and passed the test.

Buchanan told police about another SMU student who, he claimed, was “infatuated” with Samota. The person admitted to police that he had feelings for Samota and knew they weren’t reciprocated. But the night of the crime, he said, he was out of town with his family. He also agreed to give a saliva sample.

Analysis of the saliva samples eliminated McCall as a suspect, but showed Buchanan and the other person of interest were non-secretors. Investigators dug deeper to find out if either of them was their man. The other person of interest's strong alibi was persuasive for police, so they turned their attention to to Buchanan’s polygraph results. Upon review, the result of his test was changed from truth to deceptive. (Polygraph tests, it should be noted, have long been criticized for inaccuracies, per BBC.) Heeding advice from his lawyer, Buchanan refused to take another polygraph test. He remained a suspect but police had no evidence tying him to the murder.

Samota’s case was suspended due to a lack of evidence and leads. It stayed in limbo for more than 20 years — and during that time DNA technology evolved.

A cold case unit was established in Dallas. The DNA sample from the Samota case was run through the new databases that had been collected through the years.

On February 14, 2008, investigator Linda Crum got a DNA hit on an unknown male profile. That profile was submitted into CODIS. On March 19, it was matched to Donald Bess, who was serving a life sentence in a Texas prison for a sexual assault.

When detectives working the Samota case interviewed Bess, he said that he had never hurt any of his victims. Then he asked them if their visit had something to do with Dallas and shut the interview down.

Investigators dug deeper into Bess’ past, and found he’d been released on parole in March 1984 and visited Dallas.

Police pieced together what may have gone down on October 12, the night of the Samota murder. They theorized that Bess spotted Samota, targeted her, and made his way into her home by asking to use the phone.

Bess’ trial for the rape and murder of Angela Samota lasted four days.

“The jury convicted Donald Bess within an hour,” said Crowther.

On June 18, 2010, Bess was sentenced to death by lethal injection. He remains on death row.