Sign Up for Free to View
What Was Happening Between Shanae Wesley and Ryan King? 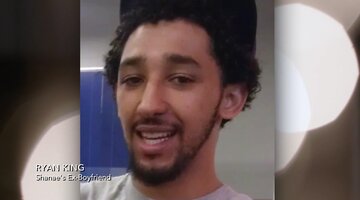 Now Playing
1:28
Exclusive
What Was Happening Between Shanae Wesley and Ryan King? 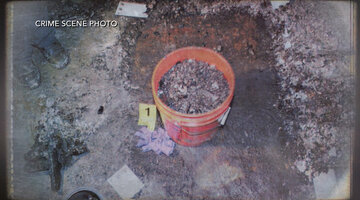 1:15
Preview
Glass Fragments Found at the Scene of a House Fire 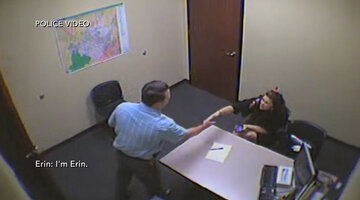 Shanae Wesley,  a 23-year-old single mom and nursing student, spent a night out with friends on the eve of Halloween in 2012.

The next morning, her severely burned body was found in her Murrieta, California home by firefighters after a blaze tore through the apartment. Shanae’s 3-year-old son, Malakai, had been rescued from the inferno by an off-duty fireman, who lived upstairs in the complex, reported the Press-Enterprise.

Investigators examined the scene and determined that the fire wasn’t accidental. While searching, they recovered Shanae’s cell phone and a broken bottle whose contents appeared to have been used as an accelerant.

“It looked like fire being used as a cover up to a homicide,” Steve Kean, fire investigator for the city of Murrieta Fire Dept., told “Murdered By Morning,” airing Saturdays at 8/7c on Oxygen.

Shanae had been so badly burned she was identified through dental records. Her car was missing from the complex’s parking lot.

A forensic pathologist who handled the case said that “strangulation or suffocation seemed likely,” the Press-Enterprise reported. The extent of her burn injuries made a precise determination impossible.

“The pathologist found out Shanae had no soot in her lungs which tells us that she was dead before the fire started,” said Sgt. John Therien, a Murrieta Police Dept. detective.

Despite the severe burns, investigators were able to determine that Shanae had been sexually assaulted. They collected a trace amount of DNA evidence that could possibly help lead to the killer.

Investigators traced Shanae’s movements on the night of October 30. They learned that she had accompanied a female friend to Bull Pen Burgers and Links, a popular local establishment, according to patch.com. Shanae had made plans to continue that party after the club closed at 2 a.m. with one of her girlfriends and three young men who’d been there, detectives learned.

But it turned out that Shanae changed her mind about that. Investigators interviewed the trio of men and collected DNA samples and cleared them from the case.

At the same time, a child social worker spoke with 3-year-old Malakai. He mentioned that his mom’s ex-boyfriend, Ryan, had been at the apartment. Ryan spoke with detectives and told them he was nowhere near the Waterstone Apartments but carpooling to a technical college on the morning of the fire. The alibi checked out. King agreed to be swabbed for DNA swab, which cleared him from suspicion.

Detectives also focused on Shanae’s phone records for clues. They found that after 3 a.m. Shanae had spoken to Rodney Piper, a friend whom she had dated in the past.

“That phone number turned out to be the most important evidence in this entire case,” investigators said.

Piper, who was with another man he knew as KB, told police that he had been with Shanae in the early morning hours before the fire. He had run into her at the Bull Pen and they made plans to get together after it closed, which explained why Shanae had changed her plans about inviting the other three men over.

“Rodney told us that Shanae wanted him to bring a friend because her friend was going to be there,” said Phillip Gomez, supervisor of the Investigation Division, Murrieta Police Dept. “Rodney thought the intention was to have a double date.”

En route to Shanae’s apartment, Piper told detectives he bought condoms and vodka. When they arrived they learned that Shanae’s girlfriend's plans had changed, and Shanae was there with only Malakai. She told Piper and his friend her son was sleeping in his room.

Piper told authorities that he and Shanae went into her bedroom and that he told KB to wait for him. Piper said he and Shanae had sex and that he wore a condom. When he returned to the living room, KB was gone. He said he waited for about 20 minutes before leaving. By then it was around 4:30 a.m.

Investigators determined that KB was Marquise Denzell McGlown, a wanted parolee at large with a prior felony conviction for burglary in 2008. Police tracked McGlown to his girlfriend’s apartment in nearby Hemet.

As police surveilled the residence, Shanae’s car was found in a church parking lot less than two miles from McGlown’s girlfriend’s home. Fabric on the driver’s seat had been cut out and the exterior had been doused with bleach.

McGlown was taken into custody for parole violations and questioned about Shanae’s final hours. McGlown told investigators that Shanae wanted to have sex with him and Piper. He said that he had sex with her first and didn’t use a condom or remove his shirt. He alleged that Piper had sex with her after that, according to “Murdered by Morning.”

McGlown also claimed that he got a ride home with a man named Ernest — but his girlfriend told authorities that she had actually picked him up around 8 a.m. six blocks from where the car was dumped.

When pressed, McGlown claimed he had lied about hitching a ride because he feared being busted for car theft. He admitted to taking Shanae’s keys and going to a Walmart that morning. Security footage showed him at the store at approximately 7 a.m. buying bleach and an X-acto knife. That was just a half hour after the fire was reported.

Police called Piper back in for another interview. He said that McGlown’s account was a complete lie. He allowed detectives to inspect his body for scratches, and they found none.

But when investigators examined McGlown’s body, it was covered with scratches. Although he originally said he never took off his shirt, he changed his story and said the marks occurred during sex.

McGlown was charged with murder, and his DNA was a match for the evidence found on Shanae’s body. Investigators blieved that he took Shanae’s keys and returned to the apartment after Piper left.

“We believe Marquise entered the bedroom and found Shanae sleeping,” said Gomez. “He decided to attack her, rape her, and murder her.”

After his trial in 2015 and receiving a life sentence for raping and killing Shanae Wesley, McGlown, 25, didn’t express regret, according to the Press-Enterprise.

To learn more about the case, watch “Murdered by Morning,” airing Saturday, May 7 at 8/7c on Oxygen.

What Time Do Murders Usually Happen?