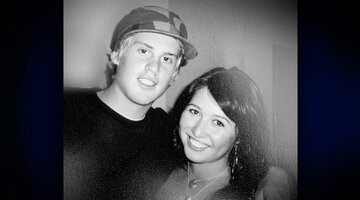 2:21
Exclusive
Dane Williams Was an Intern for Hurley 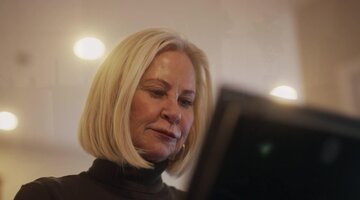 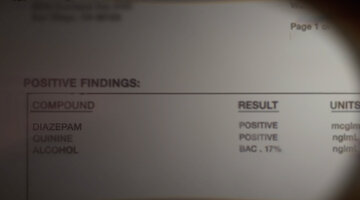 Dane Williams was living his best life in early 2008 and, as he’d noted on social media, was “stoked” about the future.

An avid surfer and snowboarder from Orange County, California known for his love of adventure and deep sensitivity, he was working as a marketing intern for Hurley International.

But on January 26, 2008, Williams went missing after a night out with friends in San Diego, where he was taking part in the Action Sports Retailer Convention.

He was last seen in the early morning hours of January 26 leaving a bar in the city’s Gaslamp area. Three days later his dead body was found rolled up in a rug in an alley about six miles away in City Heights by a dog walker who called 911. Police took note of pet hair on the blanket and collected more evidence at the scene.

“We keyed in on the tire tracks … adjacent to where his body was discovered,” Sandi Oplinger, a detective with the San Diego Police Dept., told “Murdered By Morning,” airing Saturdays at 8/7c on Oxygen.

The medical examiner determined that Dane had been dead for three days.

“At this point, there were no obvious signs of what the cause of death was,” said Oplinger, adding that investigators awaited the toxicology reports to make that determination.

Investigators focused on interviewing friends and colleagues who had been with Dane during his final hours. By most accounts, Dane had appeared intoxicated after a night of partying, according to “Murdered by Morning.”

Two months into the case the medical examiner’s toxicology report revealed that Dane had high doses of diazepam, a central nervous system depressant, as well as quinine and alcohol in his system.

“They can intermix and render a person unconscious, so Dane was drugged,” said Oplinger, who added that the cause of death “was 100 percent foul play.”

Investigators went back to the Gaslamp to search for witnesses. Two women came forward who said they had seen an extremely tipsy Dane slumped against a wall. They didn’t want to report him to the police as intoxicated and let him be. The women shared one important piece of evidence, though: Dane, who was found dead wearing a beanie, didn’t have one on when they saw him.

The cap was tested for DNA evidence. Sperm detected on it wasn’t Dane’s, suggesting he’d been sexually assaulted.
The evidence was entered into a national DNA database in hopes of finding a match, but failed to come up with a hit.

But, after the case went cold for 18 months, a local sex crimes case sparked a turn in the investigation. In August 2009, the homicide team learned that there was a DNA hit on another case that matched the sperm from the hat Dane was wearing. The victim, a 20-year-old Navy Corpsman, had been drugged and sexually assaulted.

The victim had been walking around to the Gaslamp and encountered an Asian man in his 30s, he told authorities. He offered to show the corpsman around San Diego. But while he was in the man’s car, he got a headache. The driver stopped at a liquor store and gave him two pills and liquor to take to help relieve his pain. The corpsman then began to feel fuzzy before he woke up in a strange place. His underwear was missing. He managed to get out of the house and make his way to Camp Pendleton in Oceanside.

Evidence collected from the victim and his clothes revealed the presence of another man’s semen. The victim told authorities that the assailant went by the name of Phil and that he had gotten his phone number.

The number was registered to a burner phone, so investigators called other numbers made to and from the phone. They eventually reached a woman who said that the number belonged to her nephew, Philong Huynh, an ex-medical student with a pharmaceutical background.

Detectives learned that he lived with his mother about a block and a half from where Dane’s body was found and that he drove a van. Tread on the tires of the vehicle matched marks found at the crime scene.

Homicide detectives obtained search warrants for Huynh’s home, where they found pharmaceuticals in the family of drugs found in Dane’s system. Forensic analysis of Huynh’s computer showed searches for how to purchase benzodiazepine drugs on the internet.

Authorities also learned Huynh had been accused of a sexual assault on another man in Tijuana, Mexico.

“It was very shocking to find these things. It was certainly looking like he was a serial rapist,” said Michelle Velovich, a detective with the San Diego Police Dept.

The search turned up a notebook that appeared to be a roster of victims, according to investigators. The names of Dane Williams and the Navy corpsman were in it.

Huynh was arrested on sexual assault charges for the corpsman and brought to headquarters for questioning. He denied any wrongdoing. So, authorities focused their efforts on establishing a link between the suspect and Dane. In addition to DNA evidence, hair on the blanket Dane was found in matched hair from a dog in the suspect’s home.

There was enough evidence now to charge Huynh with murder. Authorities' case was soon bolstered by items found in a secret storage locker Huynh kept. It was filled with men’s clothing, watches, and toiletries. A watch recovered from the stash belonged to Dane.

The hat Dane was found wearing belonged to Huynh’s mother.

On September 10, 2009, Huynh was charged with sodomy for the US corpsman and also charged with murder and sodomy in the Dane Williams' case.

At Huynh’s trial, several men he had victimized testified, according to “Murder by Morning.”

Investigators believed that Huynh was “basically hunting for victims” in the Gaslamp area.

“The prosecutor said Huynh would meet young, good-looking straight men, gain their trust by talking about women,” reported cbsnews.com. “Once he got the victims alone, Huynh would slip them a depressant to knock them out.”

In the prosecution’s closing argument, Dane’s probable cause of death was asphyxia during the sexual assault.

Huynh, 40, was found guilty on all counts, including murder with a special circumstances, as well as the sexual assaults. He was sentenced to life without parole.

To learn more about the case, and how Dane’s loved ones honored him in a ceremony for surfers, watch “Murdered By Morning,” airing Saturdays at 8/7c on Oxygen.

What Time Do Murders Usually Happen?