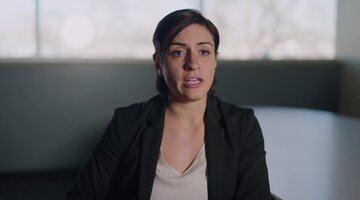 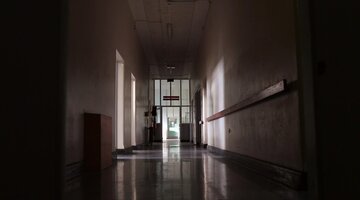 On November 8, 1999, 23-year-old Jennifer Watkins was found dead in a stairwell at Memorial Hospital in Colorado Springs, where she worked as a food service aide.

Her body was found wrapped in plastic in an area of the hospital that was off limits and under construction. A distinctive smell had pointed searchers to the grisly discovery, Ann Ervin, a former Colorado Springs KKTV reporter, told “Murdered By Morning,” airing Saturdays at 8/7c on Oxygen.

Jennifer had been reported missing two days earlier by her husband and mother after she failed to pick up her kids at her mom’s house. What had happened to her?

Police officials observed that Jennifer had suffered blunt force trauma to her head and her pants were pulled down. Jennifer’s autopsy showed no signs injuries associated with sexual assault, though. Two biological fluids were collected, said Sean Mandel, former homicide detective for the Colorado Springs Police Department (CSPD). One was recovered from Jennifer’s body, the other from the plastic.

Security cameras were stationed throughout the hospital, but the images were too grainy to be of use. Police initially focused on staff who had access to the crime-scene area, but no leads turned up. Michael, who worked overnight in the hospital’s housekeeping department, was also an early focus of the case. Beyond his temper and turbulent relationship with Jennifer, Michael’s past included scrapes with the law. These concerned criminal mischief and an incident with a pellet gun, according to “Murdered by Morning.”

When police interviewed Micheal, he admitted that both he and Jennifer had had affairs, but denied any wrongdoing. They obtained a warrant to search Michael’s residence, where they found a pair of pants stained with what appeared to be blood. Analysis of the substance confirmed the substance to be blood — but only Michael’s blood.

The two DNA samples collected didn't clarify matters. The one from Jennifer’s body matched Michael’s but "it didn’t raise a red flag because Michael was in a relationship with Jennifer,” said Mandel. “The other sample from the plastic was an unknown.”

When police asked Michael to take a polygraph he agreed and passed.

Although Michael remained a suspect, investigators worked other angles. They narrowed in on a male hospital worker who mysteriously skipped town without notice or his final paycheck after Jennifer’s murder. Investigators soon learned that the man was on probation for a murder in Louisiana that he claimed had been self-defense. When officials tracked the individual down, he denied any guilt in Jennifer’s murder and and he agreed to give a DNA sample. It wasn’t a match for DNA found at the scene of Jennifer’s murder.

Jennifer’s case went cold and stayed in limbo for several years. Over that period, advances were made in familial DNA technology.

Between 2017 and 2018, using a process called DNA phenotyping, “investigators developed a composite of the suspect that was created through DNA found at the scene,” CBS4 reported in 2020.

The results indicated that the killer was about 25 years old at the time of the murder, had fair skin, blue or green eyes, and blond or brown hair. Further detective work enabled investigators to narrow in on an individual police had actually interviewed in 1999.

“The reason he stood out was he because he was the only person in that family who had ties to Colorado Springs and looked very much like that snapshot phenotype prediction,” said Cece Moore, chief genetic genealogist at Parabon Nanolabs.

The man was Ricky Severt, who was 29 years old when he was interviewed by police on November 19, 1999. He worked in maintenance, KCNC reported. That meant that he had access to the area where Jennifer’s body was recovered.

Severt had died in a traffic accident in 2001.

Familial DNA was collected from surviving relatives of Severt. The Colorado Bureau of Investigation determined from analysis of the sample that 99.99994% of the population could be excluded as a match to it. Severt could not be excluded, according to a CSPD release.

The District Attorney’s Office reported that it was “confident” Jennifer Watkins’ killer was Ricky Severt. The case was closed.

As a result, Michael Watkins was finally cleared. Exactly what happened to Jennifer and what possibly drove Severt to murder remains unknown, however.

Single Mom Disappears After Night Out With Friends