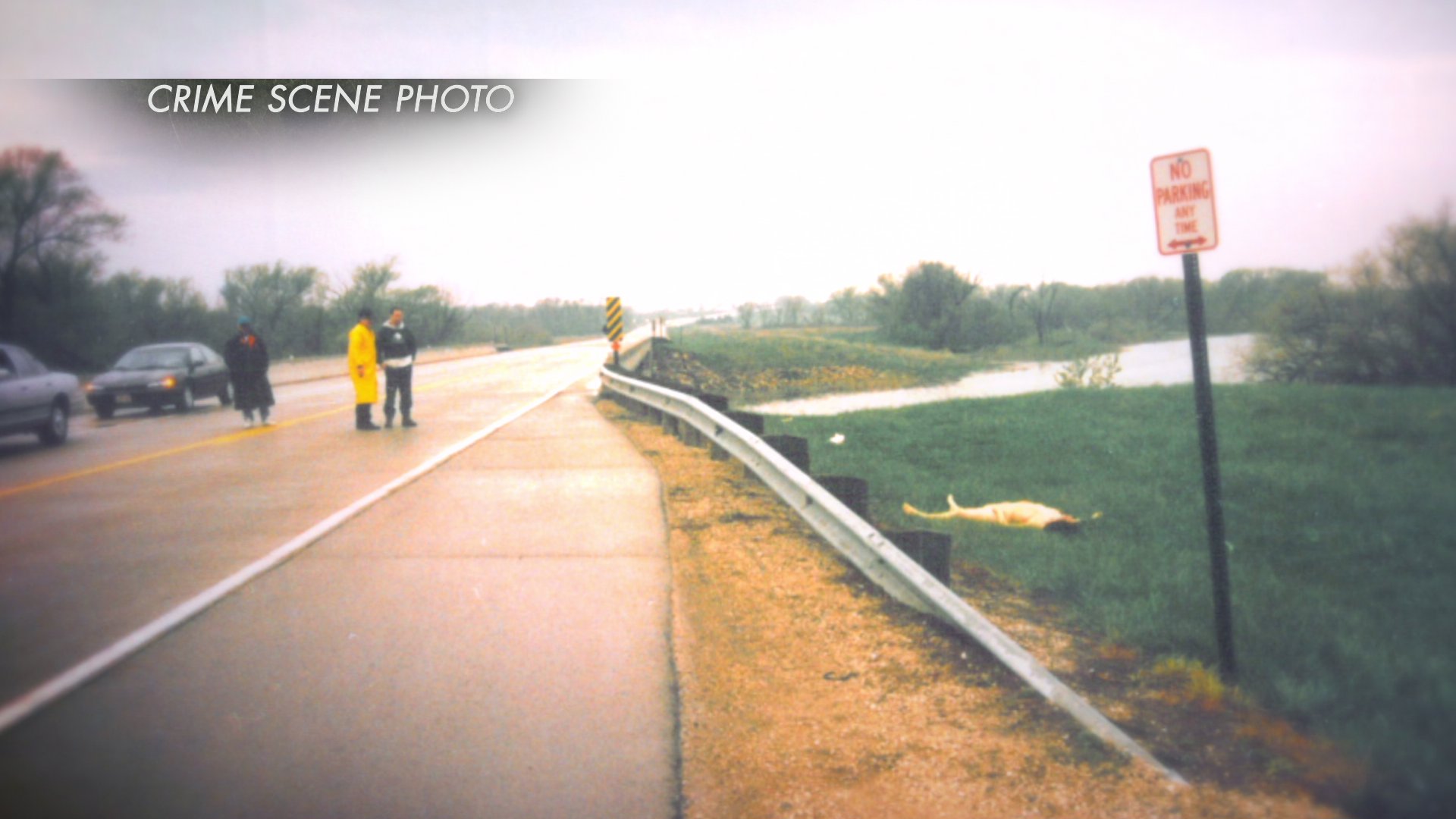 For a while, Chicago investigators thought that Nannette Krenzel’s grisly 1995 murder might have been committed by her boyfriend in a drunken rage.

However, the circumstances that ended with the 31-year-old single mom’s body dumped alongside a desolate stretch of Wisconsin highway were much more random — and disturbing — than initially speculated, according to “Murdered by Morning” on Oxygen.

Krenzel had left popular sports bar Fuller’s Tavern on Chicago’s North Side alone, late on the night of May 12. She had been in a fight with her boyfriend, Jacob Stutz, and told him their relationship was over. She never came home.

The next morning — Mother’s Day — a person driving down the road in Pleasant Prairie, Wisconsin noticed a nude female body lying just off the road. It wasn’t the first time in recent years that a body had been dumped in that location, local authorities told producers: The stretch was informally known as the “Killing Fields.”

She had been beaten and stabbed multiple times, and her throat had been cut so severely her head was almost severed from the body.

Unable to identify the body, authorities used the media to get the word out and, within days, Jacob Stutz and his brother, Joseph, identified Krenzel. Investigators didn’t like the way Jacob acted when viewing the body, or the fact that he’d had a fight with his girlfriend before she disappeared. He also failed a polygraph test.

His brother also attracted suspicion: They found out Joseph didn’t like the relationship between Krenzel and his brother and that Joseph had a prior domestic charge.

However, the killing didn’t have the feel of a domestic incident, so investigators moved on, while keeping the brothers under surveillance.

The case stalled for months, until on Dec. 27, 1995, when a woman came to Chicago police with disturbing information: Her daughter had recently confessed to her that she and her husband had fled to Arkansas because he killed a woman from Chicago in a fit of rage, according to the Chicago Tribune.

Chicago police searched the apartment previously owned by the couple, Michael and Donna Lee. Although the place had been re-rented, turning over the carpet revealed likely bloodstains. From there, investigators headed for Arkansas.

They confronted Donna at her new home first, then picked up Michael at the Walmart where he worked as a mechanic, according to “Murdered by Morning.” He first insisted on speaking with an attorney, but later told investigators that he wanted to confess.

Michael told them that he and Donna met Krenzel at a bar on the night of May 12. They struck up conversation and later the three of them grabbed a six-pack and headed back to the Lees’ apartment. At some point, Michael told authorities Donna got upset because Krenzel was allegedly hitting on Michael, according to “Murdered by Morning.”

After Donna went to bed, Michael said, he started kissing and touching Krenzel, who would have none of it. Then, he “snapped.” When Donna came to investigate noises in the living room, she found Michael standing over the woman with a baseball bat.

Michael then stabbed Krenzel with a folding knife over 40 times and cut her throat, according to authorities. The couple rolled Krenzel’s body into a carpet or comforter, dragged it to their vehicle, and drove to Pleasant Prairie, where they dumped it.

Donna was subpoenaed to testify at trial against Michael on April 19, 1996. During her testimony, she confirmed Michael’s description of his actions, but added that she had allegedly participated in the slaying, according to “Murdered by Morning.”

After a week of jury deliberations, Michael was found guilty of first-degree murder and sentenced to 70 years. Because Donna had been subpoenaed as a witness, her statements could not be used against her in another court, so she was never charged, according to “Murdered by Morning.”

Michael would later appeal his conviction, alleging that his wife committed the murder on her own. An Illinois Appellate Court denied his appeal in January 2001, according to court documents.

Michael will be eligible for parole in 2030, when he will be 60, according to “Murdered by Morning.”

For more on the Krenzel murder investigation, watch “Murdered by Morning” at Oxygen.com, and airing Sundays at 7/6c.

Minnesota Woman Murdered And Dismembered For Turning Down Man At Bar