Sign Up for Free to View
What Happened To Amanda Plasse? 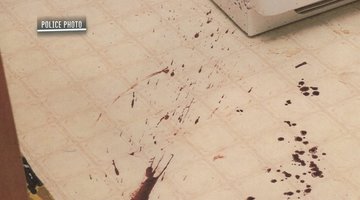 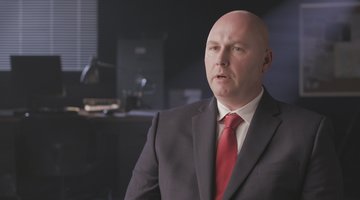 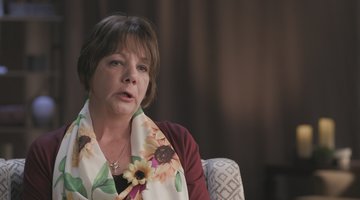 Standing just 5-feet-1 and weighing about 100 pounds, 20-year-old Amanda Plasse was a small woman with a big personality.

Plasse was known to her family and friends for that outgoing, free-spirited demeanor, as well as her curly brown hair, expressive tattoos, and a love for art and journaling.

Plasse’s mother, Michelle Mathieson, misses all that about her daughter -- and so much more that listing it all individually doesn’t describe her feelings and the ache she’s had for nearly a decade.

“I miss her,” she told “One Deadly Mistake,” airing Saturdays at 7/6c on Oxygen.

On August 26, 2011, Plasse, who was working as a waitress, was found stabbed to death in the kitchen of her third-floor apartment in Chicopee, Massachusetts, a small city on the Connecticut River. “There was no forced entry into her apartment and police believed her assailant may have known her,” reported Masslive.com at the time.

Seth Green, 26, a carpenter who had been dating Plasse for a week, discovered her body and called 911. He had spoken to her earlier that day to say he couldn’t give her a ride to work.

“We met the boyfriend on the back deck,” Det. Scott Lynch of the Chicopee, MA P.D. told producers. “He was in the fetal position.”

The crime scene told a disturbing story. There was blood on the floor, cabinet, and counter, as well as bloody shoe prints on the floor. Detectives determined that the impression was made by a men’s size 7 ½ sneaker.

Plasse had been stabbed multiple times in her side and chest and her throat was cut. Detectives described the killing as “very violent” and “overkill” and “possibly a crime of passion.”

The bloody shoe prints, which had dried, helped determine the time of the murder to be between 4:10 and 5 p.m. A palm print found on a window broken from inside the apartment was another piece of evidence. Like fingerprints, detectives told producers, palm prints are individual.

The investigation began with people close to Plasse. After passing a polygraph test and not coming up as a match on the shoe size or the palm print, Green was cleared from the suspect list.

They focused on evidence found on Plasse’s body,  as she didn’t die without battling for her life, according to Hampden Count Asst. D.A. Karen Bell. “The person she fought left a large amount of DNA under her fingernails,” she told producers.

When the DNA was run through a database, there were no matches. Detectives’ investigations centering upon an ex-boyfriend of Plasse and a woman who’d come to give Plasse a ride to work similarly led to frustrating dead ends.

Weeks and then months and then a year went by. Despite their efforts, investigators made no progress. The case stalled for detectives.

Plasse’s mother refused to give up. She sponsored road races and posted flyers in hopes of nudging someone to come forward with evidence leading to an arrest and justice for her daughter.

Mathieson’s steadfast dedication, according to “One Deadly Mistake,” helped inspire detectives to start the case over from scratch 16 months after the murder had been discovered.

Detectives painstakingly pored through evidence and crime scene photos with fresh eyes, from the kitchen, where the stabbing took place, to every other room in the apartment.

A clue they’d not seen before jumped out from a dry erase board in Plasse’s bedroom, according to “One Deadly Mistake.” Written on the whiteboard was the message: "Dennis was here 8/11/11." The date was 15 days before the murder.

The clue had been hiding in plain sight. Had the killer left a signature at the scene of the crime that had been left for all to see that had previously gone undetected?

Investigators asked: Who is Dennis? The name hadn’t come up in earlier investigations. Detectives dug through Plasse’s phone records and social media messages and asked friends and family if the victim had known anyone named Dennis. The search came up empty.

As a next step, investigators did a record search for anyone named Dennis who lived near Plasse. They found two possibilities and cross-referenced the numbers with ones on Plasse’s phone records.

The search yielded a match: Dennis Rosa-Roman, who lived just three blocks away, according to Ronald Gibbons of the Massachusetts State Police. It was investigators’ first solid lead in two years.

A background search on Rosa-Roman revealed that he had a history of breaking and entering, but there was no palm print on file for comparison to the one found at Plasse’s home. “That’s a major crime thing,” detectives told “One Deadly Mistake.”

Investigators questioned Rosa-Roman, asking him if he had ever been inside Plasse’s apartment. He said no. During the initial interview Rosa-Roman agreed to an oral DNA swab and to share his shoe size, which, like the one found at the crime scene, was a 7 and a half.

The suspect cut the interview short, but agreed to return for a second interview. When he came back he told investigators that Plasse had told him that she had had a series of break-ins at her apartment.

When investigators showed Rosa-Roman the photo of the whiteboard where the message “Dennis was here 8/11/11” was written in red, he said that he recalled writing that -- refuting his earlier claim that he’d never been inside Plasse’s apartment before.

After two years, the case was coming together. DNA found underneath Amanda’s fingernails matched Rosa-Roman’s. Then he changed his story again and said he was there that day and tried to save her from her killer. Out of fear, Rosa-Roman refused to identify the murderer, he claimed. Detectives didn't buy it. Prosecutors theorized Plasse had suspected Rosa-Roman of breaking into her apartment weeks before the murder.

Rosa-Roman was arrested in November 2013 and charged with Plasse’s murder. He pleaded not guilty. After eight days of testimony and five hours of deliberation, reported Masslive.com, Rosa-Roman was found guilty in July 2016. He was sentenced to life without the possibility of parole.

To learn more about the case, watch “One Deadly Mistake,” airing Saturdays at 7/6c on Oxygen, or stream episodes on Oxygen.com.