Sign Up for Free to View
'I’ve Been Shot,’ Ebony DeWitt Tells 911 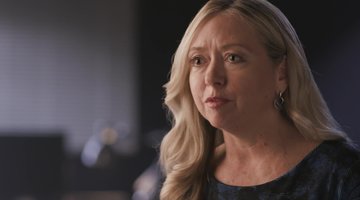 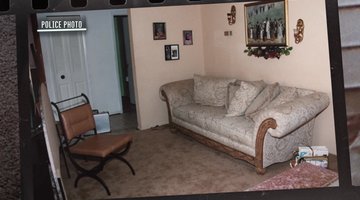 1:59
Preview
How Were Ebony DeWitt and Delores DeWitt Killed? 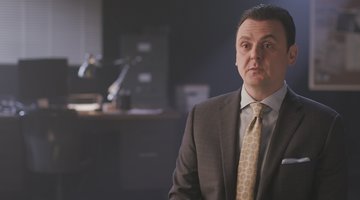 2:17
Exclusive
Stolen Car In Prince George’s County Is Set On Fire With Two Victims Inside

Police raced to the home of Karen Lofton, a 45-year-old nurse, and her 16-year-old daughter, Karissa, who had telephoned for help. Both women were found in their bedrooms. They had been repeatedly shot and were dead when authorities arrived.

The murders mystified investigators. “It’s unusual for us to get a double homicide,” said Prince George’s County P.D. Det. Anthony Schartner, adding that this mother-daughter pair didn't seem to have enemies.

Detectives determined there were no signs of forced entry — an unlocked window was believed to be the point of access for the intruder. No valuables were taken and they found no fingerprints or DNA evidence left by the perpetrator.

Karen Lofton and her daughter Karissa

On March 16, 2009, six weeks after the Lofton homicides and blocks away from that crime scene, another gruesome double murder was discovered after authorities responded to a report of a burning car.

One woman was in the backseat and another in the trunk of the torched vehicle. The victims were identified as Delores Dewitt, a 42-year-old nurse, and her 20-year-old daughter, Ebony.

The Dewitts had been strangled to death before being stashed in the car, which didn’t belong to the victims, and set ablaze in a stranger’s driveway.

Authorities observed that the fire had been set to destroy evidence, but there were bits of denim material and a leaf determined to be from a beech tree that hadn’t been consumed by the fire. The evidence was carefully preserved for analysis.

At the Dewitt home, detectives found an unsecured window that, just like at the Lofton residence, could have provided entry. Investigators also found bleach spots in a bedroom and blood in the Dewitt car, suggesting that the women had been attacked while they were at home.

The vehicle the Dewitts were found in had been reported stolen less than 15 minutes before the car was found on fire.

Delores Dewitt and her daughter Ebony

The pressure to solve the murders of two hard-working mothers and their young daughters was enormous and mounting every day, investigators told “One Deadly Mistake.” The community was gripped by fear.

With the beech leaf found on Dewitt being one of the lone clues, investigators searched the area of the murders for beech trees. None were found.

Three months into the investigation, detectives started over from scratch to see if they missed any leads in their original sweep. A $25,000 reward was offered for information leading to a conviction. Detectives also looked into a recent spate of burglaries to see if there might be any connection to the homicides.

They then learned that Jason Thomas Scott, 27, had been caught selling guns as part of a firearms ring. He worked for UPS and lived with his parents near the Loftons and the Dewitts. Scott was educated and didn’t have a lengthy rap sheet, according to special agents with the federal Bureau of Alcohol, Tobacco, Firearms and Explosives (ATF) who worked the case.

Still, federal investigators were interested in him and believed that Scott could lead them to other criminals, so he was given a proffer interview. It allowed Scott to tell them what he knew about crimes with the supposed assurance that his words couldn’t be used against him in later proceedings. The proffer, however, wouldn’t disallow others’ testimony from incriminating Scott.

Scott agreed to make a deal with agents and confessed to much more than knowledge about the stolen guns for which he’d been busted. He disclosed information about the spate of area robberies and home invasions, including ones in the neighborhoods where the Loftons and Dewitts lived.

Investigators learned that Scott capitalized on his part-time job at UPS to identify victims, reported CBS News in 2013. He stayed a step ahead of authorities during his crimes, according to “One Deadly Mistake,” by using a scanner tuned into police channels.

Authorities suspected he may be behind the murders of the Loftons and the Dewitts after the interview. Because of the proffer deal Scott would escape punishment for the breaking and entering crimes. His words couldn’t be used against him in those instances, but during his confession he mentioned working with other people.

ATF and St. George’s County investigators then joined forces to look for ways to tie Scott to the mother-daughter double homicides.

One of those accomplices was UPS coworker Marcus Hunter, who confirmed Scott’s account of the break-ins. Hunter also spilled to investigators that Scott would take a spare car key during home invasions that allowed him access to a vehicle if needed during a robbery.

A big break came when Hunter told investigators that Scott would split the haul after a burglary at a deserted mansion he called the “spooky house.” Hunter revealed the address of the hideout, and authorities rushed to search it. Schartner immediately observed that the grounds of the “spooky house” were “covered in beech trees.”

Investigators searched the area and found charred bits of hair and fabric that were later found to be a match with evidence recovered from the bodies of the Dewitts.

Detectives also found out from Hunter that Scott had stolen a handgun less than two weeks before the Lofton slayings. Based on a stolen firearm report and a casing from that gun, investigators were able to match it to the weapon that killed the Loftons.

Without that gun as evidence investigators determined that it would be difficult to move forward and secure a conviction in the Lofton case. They proceeded with the Dewitt case and charged Scott with the double homicide. Scott accepted a plea deal and was sentenced to 85 years in prison.

To learn more about the case, watch “One Deadly Mistake,” airing Saturdays at 7/6c on Oxygen, or stream episodes on Oxygen.com.