Sign Up for Free to View
How Joel Rifkin Was Arrested 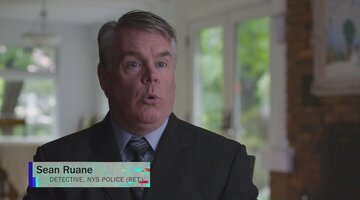 2:23
Preview
How Joel Rifkin Was Arrested 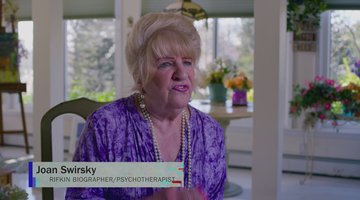 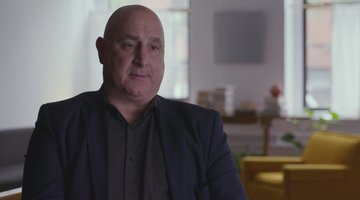 1:12
Exclusive
Why Joel Rifkin Collected Trinkets From His Victims

What would it be like to learn your loved one was capable of multiple brutal murders?

That was the nightmare Jeanne Rifkin and Jan Rifkin experienced after they learned their son and brother, respectively, had admitted he killed not just one, but a total of 17 women.

Joel Rifkin, who is the focus of Oxygen’s new special “Rifkin on Rifkin: Private Confessions of a Serial Killer,” targeted sex workers in New York City. From 1989 to 1993, he’d cruise the streets, pick women up, and strangle them before disposing of their bodies throughout the greater metropolitan area.

Some of the victims were even brought to the East Meadow home in Long Island that he shared with Jeanne and Jan, where he murdered the women; he also dismembered some of the bodies at the residence.

Joel Rifkin had been adopted by Bernard Rifkin and Jeanne Rifkin when he was an infant, according to Robert Mladinich’s 2001 book, “From the Mouth of the Monster: The Joel Rifkin Story.” His parents were described as kind, loving people by those who knew them — they even once forbade their kids to have toy guns, the New York Times reported in 1993.

However, the relationship between Joel and Bernard could be rocky, Mladinich noted; Joel lacked much athletic ability and wasn’t very good as a student, which was in sharp contrast to his father.

Bernard would never learn his son’s role in 17 deaths, as he died in February 1987 after overdosing on barbiturates following a battle with prostate cancer. Joel didn’t murder his first victim, a sex worker named Heidi Balch, until two years later.

Jan and Jeanne would only learn of Joel’s grisly secret when he was arrested on June 28, 1993. He had been flagged down by police while driving because he didn’t have a license plate. After leading authorities on a car chase, he crashed into a pole. Cops, noticing a horrific odor coming from the vehicle, investigated and found the body of Tiffany Bresciani in the trunk.

Just a few days earlier, Jeanne had driven the car while the body was decomposing in the trunk. She was completely unaware of the corpse, she testified at a pre-trial hearing, according to a 1993 Times article.

She was described as being “crestfallen” and “in shock” by the outlet.

“You only have to go in there and take one look at her to know she had no inkling of this,” neighbor Joy Reiter told Times.

Jan and Jeanne regularly showed up for Joel during the trial, though, as New York magazine noted in its August 1993 issue. They apparently visited him twice a week and phoned him while he was in jail awaiting his conviction. During his sentencing, they watched, teary-eyed, as he apologized to the victims’ families, the Times reported.

"I want you to know that I am sorry for what I have done to you and your daughters. I will go to my grave carrying the deaths of these innocent women with me,” he said.

Rifkin was ultimately sentenced to 203 years in prison, where he remains to this day.

While Jan and Jeanne stayed mostly silent during the court proceedings, even as reporters staked out their now-infamous home, his sister did speak to New York Post reporter Andrea Peyser.

“He’s not evil. I’m not either. All I can say is I love my brother. I love him […] it’ll probably be distorted I can’t trust anyone,” she said when Peyser questioned her as she left her home, according to Maria Eftimiades’ 1993 book, “Garden of Graves: The Shocking True Story Of The Long Island Serial Killer Joel Rifkin.”

What happened to the two women after the trial is unclear, as they receded from public view. It was reported in 1995 by the Buffalo News that Jeanne was auctioning off a recorded jailhouse interview with her son to help pay off the extensive legal bills. Otherwise, the two more or less vanished from view.

Jeanne did remain in her East Meadow home, despite the shocking horrors that occurred there, until her death on March 10, 2010, according to her obituary; there is no mention of her notorious son and his brutal killings in her home.

After her death, the house went up for sale. Multiple prospective buyers backed away from the home after learning of its disturbing history, but one couple snagged it in 2011 for $322,000 — $102,500 lower than the asking price, Patch reported at the time.

For more on Joel Rifkin, watch “Rifkin on Rifkin: Private Confessions of a Serial Killer” on Oxygen.