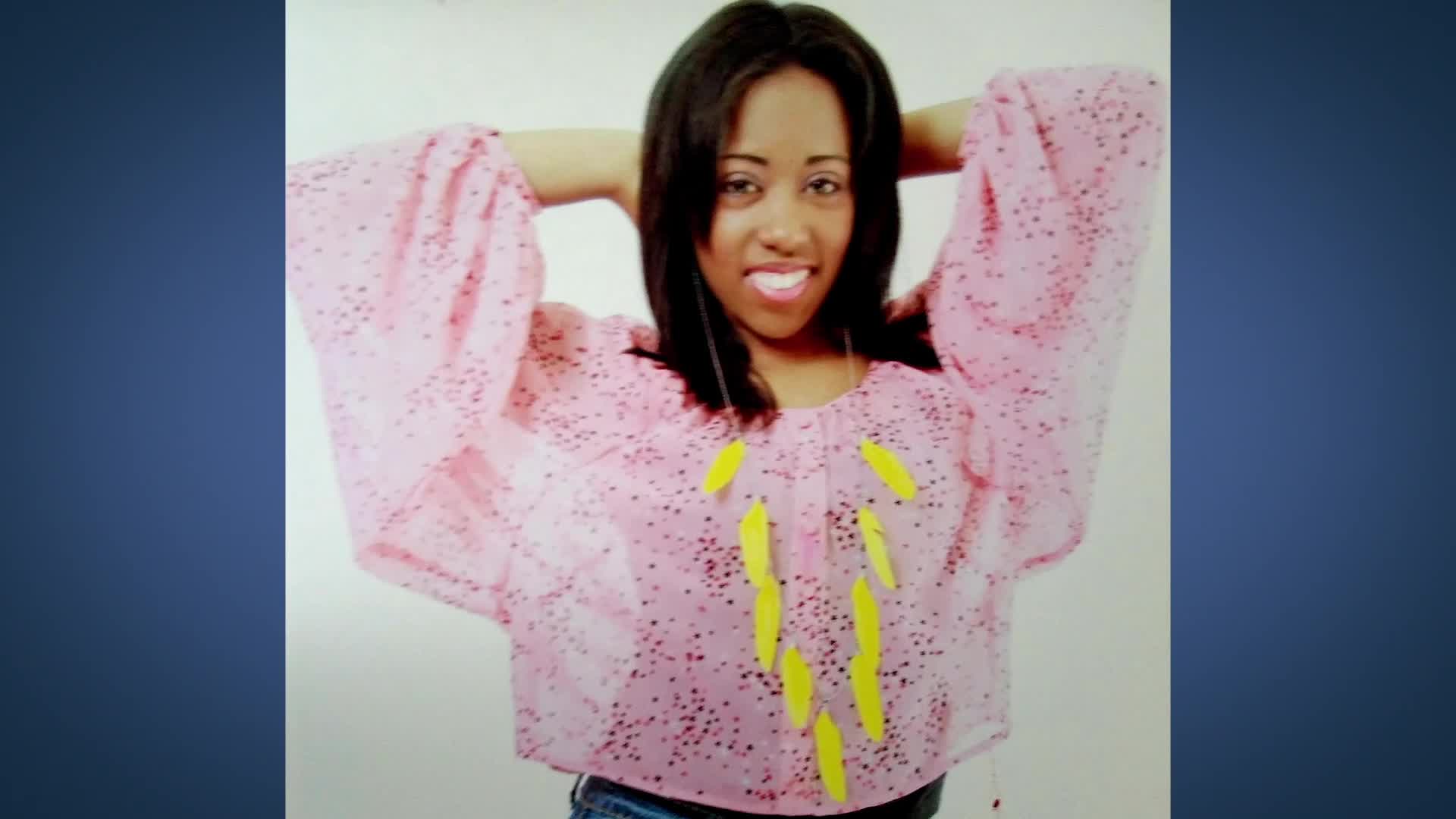 On May 3, 2017, 22-year-old single mother Akia Eggleston disappeared from Baltimore, Maryland, without a trace. Six months later, her debit card appeared in the bushes outside of her Cherry Hill apartment, reportedly the last place she was seen alive.

Eggleston’s stepfather, Shawn Wilkinson, told “Searching For,” an original series on Oxygen.com, that family and friends had gathered for a vigil and prayer circle outside the home that October, and as they were cleaning up, a friend spotted the bank card underneath bushes near the front door.

The card appeared to be “unweathered,” according to Wilkinson. Police had previously searched the apartment and not found the card, leading friends and family to believe someone had placed it in the bushes recently.

Wilkinson quickly notified law enforcement about the family’s discovery, and he later met with Baltimore police outside of Eggleston’s former home to photograph the debit card in its original location.

Baltimore Police Department Detective Sergeant Kevin Brown told Oxygen.com that the card was recovered and photographed, but he could not confirm it appeared “unweathered.”

While authorities have released no further information about the card, the family questions who could have held on to Eggleston’s bank card for six months and wonders why someone would have planted it in the bushes.

Young mother Akia Eggleston vanished from the Baltimore in May 2017, and no one has seen or heard from her since.

Since May 3, 2017, there have been no sightings of Eggleston, no activity on her social media accounts and cell phone, and no bank withdrawals.

The final ping from Eggleston’s cell phone was from a tower in the Inner Harbor area, which is near a bank she had visited earlier that day. Eggleston, who was eight months pregnant at the time and on bed rest, had been driven to the bank by a friend on the afternoon of May 3.

CCTV footage captured Eggleston withdrawing money from her account, and she was dropped back off at home around 2 or 3 p.m., which was the last time she was seen alive, said Wilkinson.

Eggleston was officially reported missing four days later, on May 7, when she failed to arrive at her baby shower and gender reveal party. Wilson told “Searching For” that friends and family went looking for Eggleston at her apartment after she did not show up to the party, but Eggleston was nowhere to be found.

Some of her belongings and furniture had been removed from the home, according to Wilson, but Eggleston would not have been able to move the furniture by herself, because the baby was breech presentation and Eggleston “wasn’t very mobile.”

Although Wilson and Eggleston’s grandmother, Ann Wilson, said Eggleston never mentioned a move, her friend, Cici Diaz, told “Searching For” that Eggleston had plans to get a new place with the presumed father of her unborn baby.

Baltimore Police Department Lt. Terry McLarney confirmed “some furniture” was removed from Eggleston’s home and that police believe she was "actively moving around the 3rd." No one has come forward with information regarding her missing furniture and personal items.

If you have any information in connection to her case, please contact the FBI’s Baltimore Field Office at 410-265-8080 or the Baltimore City Police Department at 410-396-2499. The FBI is offering a reward of up to $25,000 for information regarding the whereabouts of Eggleston.

For case updates and to help us dive into these disappearances, join the Searching For Facebook group.

What Was Akia Eggleston’s Last Post On Social Media?

An original series that dives into disappearances across the U.S., "Searching For" hopes to raise awareness about the victims' cases and seeks help from their communities through local town hall screenings. Join the discussion and connect with other viewers.

You May Also Like...
Recommended by Zergnet
Latest in Searching For

What Happened To Jenna Van Gelderen?

Was Nancy Moyer In Contact With A Convicted Killer?

What Happened To Nancy Moyer?

2 months ago
See All Posts
Watch The Series Now
Video