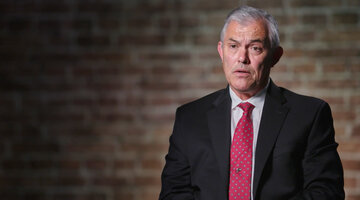 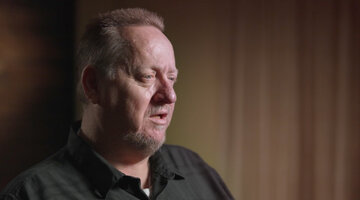 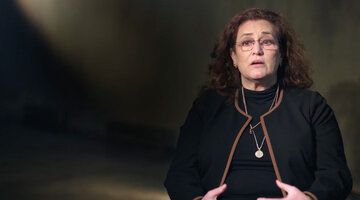 When a murder investigation happened in a small southern community, it revealed a shocking web of fatal betrayals.

On April 7, 2013, shortly after 11 p.m., a 911 call concerning beloved local mechanic Carl Dixon was made by his wife Mary. She said he had been shot by an intruder.

“The bullet had lodged itself above his right eye,” John Nichols, chief investigator, Perry County Sheriff’s Department, told “Sleeping with Death,” airing Sundays at 7/6c on Oxygen. “It appears that he died instantly.”

A .22 caliber shell casing was found near the bed, but no gun. From the layout of the room and the fatal wound, investigators believed that it was a targeted murder.

But who would want him dead? Carl, 57, was a lovable “goofball,” according to Carla Papera, his daughter from his first marriage.

RELATED: Can You Kill Someone While Sleepwalking? Here's What An Expert Says

Mary told detectives that she and Carl didn’t lock their doors. She said she had fallen asleep in the home office while working on taxes, and was awakened by a loud pop. As she checked on Carl, she said, she saw an intruder leaving the house. The only description she gave was that the individual was wearing a hoodie.

During an interview that lasted several hours, Mary said that Carl had a .22 rifle, but it was no longer kept in the house and she didn’t know where it was. She also stated that neighbors often fired automatic rifles.

Investigators searched Carl’s automotive repair shop for a firearm as well as the roadsides.

“The whereabouts of this rifle became part of the mystery that we had to figure out,” said Nichols.

Detectives questioned Carl’s neighbor, who said he had seen a vehicle and heard conversation and a gunshot around 11 p.m. He believed the people he overheard were a woman and a man.

On April 10, the case took a twist when Mary informed investigators that she was missing $5,000. Just days before the shooting, Carl had asked her to take about that sum from the bank to pay bills. Was the murder a burglary gone bad?

Two weeks after Carl’s murder, Mary reached out to police with a strange request. She asked if the $140 sheets collected as evidence from the bedroom could be returned.

“I’ve never had anyone request something such as the bloody sheets back from the scene of a homicide,” said Mark Brice, a special agent with the Arkansas State Police. “It’s weird.”

At this point, as other leads turned into dead ends, Mary became the lead suspect. She was brought in and agreed to take a polygraph test. When she was asked if she was withholding information, her response indicated deception.

At this point, Mary pulled the plug on the interview by requesting a lawyer. Two days later, she shocked police by making a public appeal to the community of Bigelow.

“Mary Dixon went on television and gave an interview to the local news. She was very upset,” said Deputy Public Defender Gina Reynolds. “She was crying, and she was trying to prove to people that she was not involved in this crime.”

Investigators turned to Mary’s cellphone records. The number of her nephew, Danny Cannon, seized investigators’ attention. He was brought in for questioning on June 14.

Cannon claimed he knew nothing about the murder and that he seldom spoke with Mary, saying he feared her because she was so stern.

Investigators countered by telling Cannon that phone records revealed he had frequent conversations with Mary.

However, Cannon had an alibi: He said he was with his boyfriend in Hot Springs, Arkansas at the time of the murder, and the boyfriend corroborated the excuse.

Cannon was released. But two weeks later, when police tried to reinterview Cannon, he had vanished.

In October, suspicions grew after Cannon’s phone records showed repeated calls to one number around the time of the homicide.

The number belonged to Cannon’s friend, Thamous K. Miller. When Miller was interviewed by police he told them that he had heard that there was “a price” on Carl’s head. Miller said that Cannon offered him money to be his driver. While they were on the road, Cannon had him stop the car. He exited and returned after awhile with a rifle.

As Miller drove, Cannon tossed the gun out of the window, he told authorities in a recorded interview.

Miller also made a stunning statement when asked how much Cannon was paid to kill Carl. He said that he thought it was $5,000, the same sum that Mary claimed had gone missing.

On November 1, hours after Miller implicated himself, law enforcement arrested Cannon, according to a Perry County Sheriff’s announcement. But at this point, police had nothing directly linking Mary to the crime.

The detectives continued to build their case against Mary. Four months after Cannon was charged, Miller was arrested, according to sheriff’s documents. In October 2014, Mary was charged with her husband’s murder.

"When she was arrested, I was ecstatic,” said Papera.

During her incarceration Mary befriended a fellow inmate, Senia Henley, a Perryville, Arkansas resident, who had been arrested on a failure to appear in a drug-related charge. To gain leverage for her own case, Henley reached out to police. She agreed to wear a wire in order to record Mary talking about Carl’s murder.

“What Senia got on this wire was the final nail in the coffin,” said Nichols. “There’s no hope for Mary to get out.”

With all of the evidence, each defense attorney discussed plea deals with the prosecutor, according to “Sleeping with Death.” Henley was released early for orchestrating the recorded confession.

In July 2015, Mary pleaded guilty to first-degree murder. She was sentenced to 30 years behind bars, according to “Sleeping with Death.”

What was the motive for killing Carl?

“The overwhelming reason for what Mary had done was money. She wanted the life insurance policy,” said Brice.

“Mary has ice water running through her veins and not blood,” added Reynolds.

To find out more about the case, watch “Sleeping with Death,” airing Sundays at 7/6c on Oxygen.

Who Would Shoot A Mom To Death As Her Kids Slept By Her?

Killers Stabbed Iowa Teacher As His Daughter Slept In Next Room