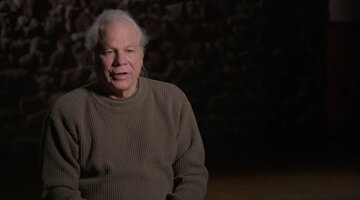 2:35
Preview
Is It Possible No One Heard Audrey Giannotti Getting Murdered? 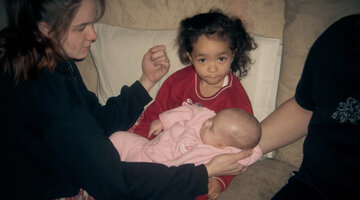 2:23
Preview
A First Look at the Chilling Murder of Audrey Giannotti 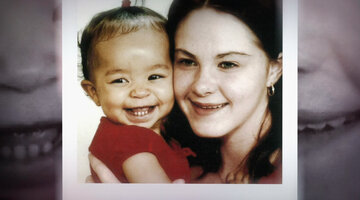 1:34
Preview
Audrey Giannotti’s Family Details How Her Death Affected Them

More than four years after a young mother was killed in her bed, police realized her murderer had been hiding in plain sight.

On January 13, 2007, 20-year-old Audrey Giannotti was found shot to death in the basement bedroom of her aunt and uncle’s home in Laureldale, Pennsylvania. Audrey’s two young daughters, Jaliyah and Jamora, who were sleeping nearby, were unharmed.

“It was something you see on TV, not something that happens in your house,” Jackie Hollenbach, Audrey’s aunt, told “Sleeping with Death,” airing Sundays at 7/6c on Oxygen.

Jackie, her husband, Terry, and their friend and houseguest, Cory Vankeuren, found the body. Audrey had been covered by a blanket and was bleeding from her head. But missing from the scene was Audrey’s boyfriend, Bobby Haynes.

Where was he? Jackie had noticed that the front door of the home was open.

The brutal slaying sent shockwaves through the quiet community, which hadn’t had a homicide in 75 years: “We describe it as being Mayberry, like the Andy Griffith show,” said Ronald Fisher, former chief of police for the Laureldale Police Department.

Detectives searched the basement crime scene, where lightbulbs were broken, and a .9mm shell casing was found near her body.

“The bullet had passed through her right hand before it entered her head, which is an indicator that she used some type of defensive posture,” said Douglas Weaver, a retired detective with the Berks County DA’s Office.

The initial thought was someone might have come in and burglarized the house, but there was no physical sign of forced entry and nothing was removed from the home. The front door being open was a mystery.

Detectives also questioned how Audrey was shot with no one upstairs allegedly hearing a thing. At this point, everyone in the house was a suspect or person of interest, according to investigators.

A search for firearms in and around the home turned up none. But four .9mm bullets were found in a toilet in the house, indicating that someone had tried to flush them.

Bobby arrived at the scene and was informed by police that Audrey had been killed. His lack of a reaction raised red flags, according to “Sleeping with Death.”

Jackie, Terry, Cory, and Bobby were taken to the police station and questioned separately. Bobby told police that he and Audrey rarely fought, but Terry and Jackie said that a week before the crime the young couple argued about Bobby being out late with his friends.

“Bobby was what I would deem to be uncooperative,” said Weaver. “When I asked him specifically if he had killed Audrey, his answer was, ‘If you think I did it go ahead and arrest me.’”

The most important piece of evidence was missing: the gun. Detectives were intrigued to learn that Cory owned a .9mm handgun. He told investigators the pistol was at his mother’s house, a significant distance from the crime scene.

“It was hard to find the motive with him,” investigators said, adding that he was friends with Jackie and Terry but had no direct relationship with Audrey.

When investigators confirmed that Cory’s gun was at his mother’s house through an officer who went to the residence, suspicion lifted from Cory.

“When Cory’s gun was ruled out, the spotlight shifted back towards Bobby,” investigators said. But there was not enough evidence to make an arrest.

RELATED: Who Was The Axe Murderer Who Brutalized An 1800s Home? The Lizzie Borden Case, Explained

“I have no idea where Bobby went, I assumed back to his parents,” said Jackie, adding that she kept the girls with her.

The case has stalled. Suspicion continued to follow Bobby, while Jackie and Terry moved to a new home, where Cory was a frequent guest.

“Cory and I were best friends. He was part of the family,” Terry told producers.

But about three years later, a break came. In January 2010, Det. Harold Shenk had joined the case as lead investigator. Nine months into his work something triggered his attention about Cory’s gun allegedly being at his mom’s house.

“That firearm back in 2007 was never physically seen by the police,” said John T. Adams, Berks County District Attorney. “So they never had that weapon confiscated and then examined by a firearms examiner.”

Detective Shane went to Cory’s house and asked if he still had the gun. Cory retrieved it and handed it over, and the firearm was immediately sent to the lab for testing.

The results cracked the case wide open. Cory’s gun was determined to be the weapon used to kill Audrey. On March 15, 2011, he was arrested, wfmz.com reported.

Detectives pieced together what happened the night of the murder. They determined that Cory saw Bobby leave the house.

“He wanted to have sex with Audrey,” said Adams. “He walked downstairs with no pants … and he had the gun tucked under his armpit.”

When Audrey rejected him, a fight broke out and Cory shot her in the head, according to lehighvalleylive.com. He staged the scene to look like a burglary gone bad by breaking light bulbs and leaving the front door ajar.

“It makes us feel guilty because we allowed him here,” said Jackie. “This man has been in my house for four years facing us.”

Cory Vankeuren was found guilty of first-degree murder and was sentenced to life in prison.

In the aftermath of the slaying, the Hollenbachs still mourn their niece and admit their suspicions about Bobby were wrong.

Bobby Haynes, meanwhile, has done his best to move forward with his life — and to build a bond with his daughters.

“I definitely want to have more of a relationship with my dad,” Jaliyah Haynes told producers. “We are working on that.”

Learn more about this case and others like it by watching “Sleeping with Death,” airing Sundays at 7/6c on Oxygen. You can stream episodes here.

Can You Commit Murder While Sleepwalking?