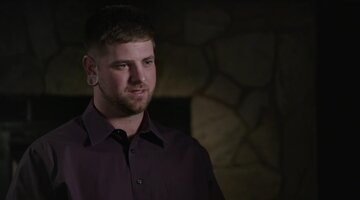 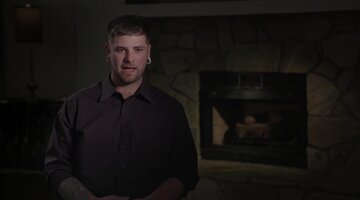 1:17
Preview
Cherie Gillson’s Son Had to Testify in His Mother’s Death 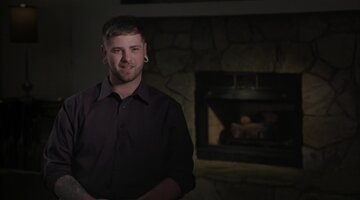 1:53
Preview
Who Was Cherie Gillson?

In a peaceful community where many residents didn’t lock their front doors, the brutal murder of a 34-year-old divorced single mom sent shockwaves of terror.

In the early morning hours of March 6, 2002, Cherie Gillson was stabbed to death in the bedroom of her Eureka, Illinois home. She was discovered by her 9-year-old son, Coty, who called his school when he was unable to reach 911, according to “Sleeping with Death,” airing Sundays at 7/6c on Oxygen.

“The school secretary called 911 and within 30 to 45 seconds I had five squad cars in front of my house,” Coty told producers.

Investigators found Cherie lying across her bed “covered in blood,” said Joe Spidle Sr., a retired special agent for the Illinois State Police, who worked the case. Cherie had sustained at least 45 stab wounds to her face, arms, legs, and stomach, according to court documents.

A broken butcher knife was on the floor near the bed. Who had used it to kill Cherie, a cheerful, well-liked bus monitor?

Early on, Coty came under suspicion.

“Strange as it may seem, there are cases where 9-year-olds and younger commit pretty heinous and brutal homicides,” explained Dale King, former sergeant for Criminal Investigations, Illinois State Police.

Detectives questioned how Coty, whose room was one floor directly below his mother’s, had slept through the murder. And how was he able to make himself toast after finding her body?

Coty was interviewed by an investigator with special training in dealing with children. He told the detective he had heard a scream but figured his mom was watching a scary movie and he went back to sleep.

Investigators eventually ruled Coty out as a suspect. Psychotherapist Stacy Kaiser told producers that making toast that morning was likely Coty’s desperate effort to hang on to normalcy.

“The fact that they were looking at me is beyond my belief,” said Coty, who went to live with his mom’s ex-husband’s mother. “I would never hurt my mom.”

Detectives turned their focus to Cherie’s ex, Bob Gillson, a police officer. Bob denied having anything to do with the slaying and shared his alibi. He said he was shopping at a Walmart when the homicide was believed to have happened. Surveillance footage backed up his alibi and he was cleared as a suspect.

As word spread of Cherie’s murder, tips came in to investigators. One of Cherie’s neighbors reported that she’d found a blue leather jacket near the road. A Eureka Police Department officer retrieved the leather jacket, which appeared to have blood on it. It was sent to the Washington State Police Crime Lab for DNA analysis.

Detectives retraced Cherie’s steps in the hours before her murder. Cherie, Coty, and one of her friends went out to dinner and a verbal altercation broke out between Cherie and a man there.

“His criminal history indicated that he had violence toward women,” according to investigators.

When Spidle interviewed the person of interest at his home he found a blood-soaked T-shirt, which he couldn’t explain.

Detectives believed that they’d found the killer, but the blood on the shirt belonged to him and no one else. Another suspect was ruled out.

RELATED: Can You Commit Murder While Sleepwalking?

A week later, DNA results from the leather jacket came in. Cherie’s blood was on the jacket and an unknown individual’s DNA was on the collar.

“It was imperative to identify who that jacket belonged to,” said King.

Ten days after the murder, the big break came in the case when Bobby Stafford, a local resident, went to the police station. He said that his 17-year-old son, David, had been acting odd since Cherie’s death. Bobby Stafford identified a picture of the leather jacket that had been found as belonging to David.

Investigators working Cherie’s case learned that David, who grew up in Iowa, had a dark past. At a young age he had exhibited violent behavior, according to Judge Mike Stroh, former Woodford County State’s Attorney.

David agreed to be interviewed by investigators at the police station. He said he knew Cherie and liked her. When he got his driver’s license, he went to her house to show it to her.

“He seemed a little odd. He would smile inappropriately at times, kind of chuckle under his breath,” said King. “He didn't seem to be overly concerned with being questioned by two homicide investigators.”

Initially, David denied any involvement in Cherie’s murder and said he wasn’t there that night. Then, he said he went to her home and entered through an unlocked door to borrow CDs and videos and left. His story changed yet again when he said that as he borrowed the CDs he saw her dead body.

Then he changed the story another time. He said he had a knife and when she found him in her home she surprised him, so he stabbed her.

When detectives told David that Cherie was stabbed 45 times, he finally cracked.

David told investigators that he came into Cherie’s home through a back door and grabbed a knife from the kitchen. When he opened her bedroom door she was standing there.

“Both of them were startled,” said Stroh. “He reacted by slashing out at her and stabbing her… over and over. When she was laying on the bed, he then laid down beside her.”

“At that point, I knew it was a sexually motivated crime,” added King. “I said, ‘Did you say anything else to her?’ And he said, ‘Yeah … just die, bitch.’”

“David Stafford was infatuated with my mom,” said Coty, adding that he made his mother feel uncomfortable.

According to investigators, David’s psychological evaluations revealed that at a very young age he had sexual and violent fantasies that including murder.

“It is something that David had been contemplating since he was 8 years old,” said Stroh. “That's indicative of somebody who is born to kill. In addition, the evaluators found him to be extremely manipulative.”

David Stafford’s trial began in August 2003. It took the jury 25 minutes to come to a guilty verdict. He was sentenced to life in prison without parole.

To learn more about the case, watch “Sleeping with Death,” airing Sundays at 7/6c on Oxygen.

How To Watch Oxygen's New Series 'Sleeping With Death'

Who Killed A Woman As She Slept In Her Apartment?