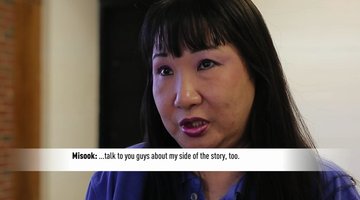 Now Playing
2:13
Preview
Misook Wang Speaks Out from Behind Bars 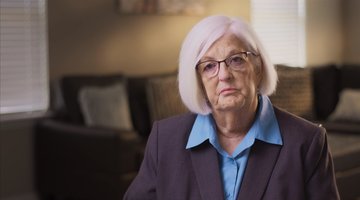 3:41
Exclusive
What Makes the Celeste Beard Johnson Case So Compelling?

4:54
Exclusive
Was Justice Served in the Celeste Beard Johnson Case?

In a “Snapped: Behind Bars” he-said, she-said, an Illinois woman incarcerated for murdering her mother-in-law in 2011 denied allegations by a former boyfriend that she killed his child years earlier.

McNeil is now serving 100 years for the girl’s death. The true crime TV special covered the complexities of the child homicide investigation and the ensuing trial. Wang was interviewed in the case, but never considered a suspect.

“I don’t know why he’s thinking it’s me,” said the Korean-born Wang, who also goes by Nowlin and is eight years into a 55-year sentence at the Logan County Correctional Center for killing her mother-in-law, Linda Tyda, and burying the body. “I should have not killed my mom. But the only [thing] I can say is that I didn't kill Christina.”

McNeil, meanwhile, insisted on his own innocence in “Snapped: Behind Bars.”

“I absolutely had nothing to do with the killing of my daughter,” he told producers.

McNeil claimed that his legal team has DNA evidence implicating Wang as Christina’s actual killer. He and Wang had broken up shortly before the child died.

At the time of Christina’s death, which was caused by suffocation, Wang was interviewed but not considered a serious suspect, according to reports. McNeil’s defense team was barred from introducing Wang as an alternative suspect due to legal complexities, the Oxygen special reported.

Wang’s conviction for Tyda’s death reinvigorated interest in Christina McNeil’s homicide, a death that was originally regarded as natural causes.

As reported in “Snapped: Behind Bars” and in previous news stories, lawyers from the Illinois Innocence Project have taken on McNeil’s case. His legal team has filed a petition asking for a new trial based on new evidence, including the presence of Wang’s hair DNA on the bed where Christina died.

The petition describes the deaths of Linda Tyda and Christina McNeil as “hauntingly similar,” according to WEEK-TV 25.

“I believe Misook was indeed the person behind my daughter's murder, just as I maintained since day one,” McNeil told Oxygen producers. “For many years, I only dreamed about having the opportunity to talk about my wrongful conviction, and the injustice that Christina suffers from to this day.”

McNeil is still awaiting a judge’s decision about whether or not he’ll get a new trial. A status hearing has been set for November 12, the McLean County Circuit Clerk’s Office told Oxygen.

Steadfast in her innocence in the girl’s death, Wang expressed doubt about McNeil killing his child. “I don’t believe that either,” she told “Snapped: Behind Bars.” “I know him very well. He love[s] his daughter.”

Misook Wang has never been charged in Christina McNeil's death.

What To Know About Celeste Beard Johnson