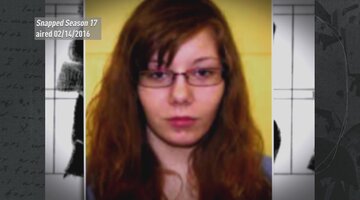 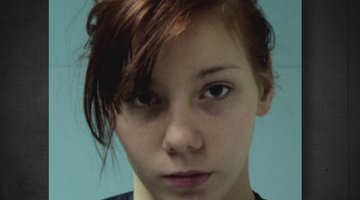 2:52
Preview
Why Sabrina Zunich Chose To Do ‘Snapped: Behind Bars’ 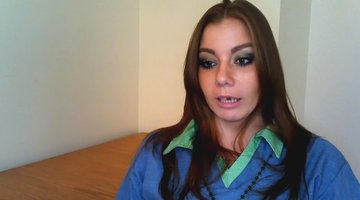 The November 2012 murder of Lisa Knoefel by her foster daughter, Sabrina Zunich, was brutal and tragic. The teenager stabbed the 41-year-old almost 200 times while Knoefel’s two younger daughters looked on in horror. The true nature of the crime, however, wouldn’t be known for another 10 months. When the truth finally emerged, it would reveal a shocking betrayal.

Zunich had committed the murder with the encouragement and coaching of her foster father, Kevin Knoefel, with whom she had been having a sexual relationship for the better part of a year. When the affair began, she was 17 and he was 41.

On Valentine’s Day, Sunday, February 14 at 6/5c, Oxygen revisits the case with a special one-hour episode of “Snapped: Behind Bars.” In a brand-new jailhouse interview, Sabrina Zunich tells how she was groomed by Kevin Knoefel into becoming his lover and then the murderer of his wife.

Before tuning in, find out the details about the case in the timeline below.

Sabrina A. Zunich was born on October 27, 1994, outside Cleveland, Ohio, to Susan Edwards and Mark Zunich. Both parents struggled with drug and alcohol addiction and had been arrested multiple times, according to a 2013 Cleveland Scene magazine article.

In her interview with “Snapped: Behind Bars,” Zunich said she was diagnosed with attention deficit / hyperactivity disorder when she was 4 years old. She also suffered from oppositional defiant disorder, anxiety, depression, and bipolar disorder.

Sabrina was mostly raised by her grandmother. As a teenager, she attended Wickliffe High School where she frequently got into fistfights, according to Cleveland Scene.

When she was 14, Zunich was sent to the Emma Caley Receiving Home, a group home run by the Children Services Division in Lake County, Ohio. She would spend the next several years being moved in and out of the foster care system.

At the age of 16, Zunich was placed with Kevin and Lisa Knoefel and moved into their home in Willoughby Hills, Ohio.

Lisa was a social worker for the Cuyahoga County Department of Children and Family Services and worked in the sex abuse department. Kevin was a truck driver. The Knoefels already had two daughters, Megan, from Lisa’s first marriage, and Hailey, who was born in 2009. Zunich seemed to fit in well with the family and became close to the Knoefels' children.

Despite good grades in school, Zunich began acting out at home. She fought with Lisa, who she thought gave preferential treatment to her own daughters.

Zunich turned to Kevin and they became unnaturally close. “They were too friendly. They were too close. They would make sexual jokes towards each other,” Zunich’s friend Autumn Pavlik told “Snapped: Behind Bars.”

Over the summer and into the fall of 2012, they began having oral and vaginal sex, according to court documents.

By that summer, Kevin and Lisa were fighting often and Kevin told friends they might divorce.

Zunich asked Autumn Pavlik in early October if she knew anyone that would kill her foster mother for her, Ohio’s News-Herald newspaper reported in 2014.

"She asked me if I was able to get her a hit man," Pavlik later testified. "She said that they [Kevin and Lisa] were going to get a divorce, and she was worth more dead than alive."

Lisa had almost $800,000 in life insurance policies, with which Kevin told Zunich they could build a new life together and raise Hailey.

Kevin contacted Zunich’s social worker that month and said that he and Lisa were considering divorce and asked if Zunich would be able to remain with him if they separated, according to court documents.

On Oct. 27, Zunich turned 18, at which point she could have left the foster care system. Instead, she petitioned to remain in the Knoefels' home and finish high school.

By this time, however, Lisa had become suspicious of Zunich and Kevin’s relationship. “She wanted me out,” Zunich later testified, Fox 8 in Cleveland reported in 2014.

In the fall of 2012, Zunich began attending Willoughby South High School. Kevin usually drove her to school, and they would often have sex then, according to the News-Herald.

On the morning of Nov. 15, 2012, Kevin parked the car on the way to school and began crying. He said he and Lisa had a terrible fight the night before and that he was going to commit suicide if Lisa wasn’t dead.

"I was scared for him because I had fallen in love with him," Zunich later testified. She told Kevin she would kill Lisa herself.

Willoughby Hills 911 received a call from 13-year-old Megan reporting that her sister was stabbing their mother. Cops arrived on the scene to find Zunich with the bloody 15-inch knife still in her hand.

In the master bedroom, authorities found the dead body of Lisa Knoefel. Hiding in the bedroom closet was 3-year-old Hailey.

The Lake County Coroner’s Office determined Lisa had been stabbed 178 times in her head, neck, torso, and extremities. According to court documents, Lisa had fought back and had many defensive wounds as well as “complex” wounds, where the knife had been plunged into her body and twisted. The assault had been so violent, the knife had bent.

Zunich had suffered several stab wounds herself during the attack and appeared to be in a state of shock. She was taken into custody but wouldn’t answer investigators’ questions.

Authorities notified Kevin Knoefel, who had been on the road in Michigan. When he arrived home, officers noted that he seemed “relatively calm,” according to court documents, and seemed more curious about the attack than disturbed by it.

Friends who came by to check on the Knoefel family thought Kevin was acting strange and aloof, given the circumstances.

At some point that day, Kevin went to visit Zunich at the Lake County Jail and became irritated when he was told that he couldn’t see her, Fox 8 reported in 2014.

While Zunich sat in jail, Kevin collected his dead wife’s insurance money. He proceeded to pay off his home, bought cars and a house in Florida, and took flying lessons, according to Cleveland Scene.

Feeling abandoned by her former lover, Zunich agreed to cooperate with investigators in early Aug. 2013 and testify against Kevin Knoefel for his role in the murder of his wife, Lisa.

Kevin, now 43, was indicted and taken into custody on Aug. 9.  He was charged with conspiracy to commit aggravated murder and complicity to aggravated murder as well as six counts of sexual battery, the Akron Beacon Journal newspaper reported in 2013.

Kevin Knoefel’s trial for the murder of Lisa Knoefel began in May 2014, with Sabrina Zurich’s testimony at the heart of the prosecution's case against him.

Kevin Knoefel was sentenced to life in prison with the possibility of parole in 30 years, according to a 2014 Cleveland’s Plain Dealer article. Knoefel will first be eligible for parole in 2043, when he is 73.

After pleading guilty to aggravated murder in Aug. 2014, Sabrina Zunich was sentenced to life in prison with the possibility of parole after 30 years, the Associated Press reported at the time. Now 26, Zunich will be first eligible for parole in 2042, when she will be 47.

To learn what Zunich has to say now, watch Oxygen's special "Snapped: Behind Bars," airing on Sunday, February 14 at 6/5c.

What Is The ‘Lost Episode' Of ‘Snapped’?