Sign Up for Free to View
What Was Kelli Underwood's Legacy?

3:19
Exclusive
Kate Waring’s Loved Ones Have a Message for Ethan Mack 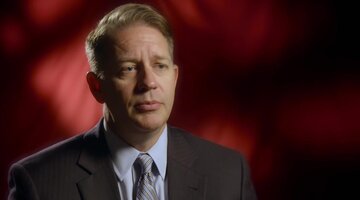 1:30
Preview
What Happened to Kelli Underwood? 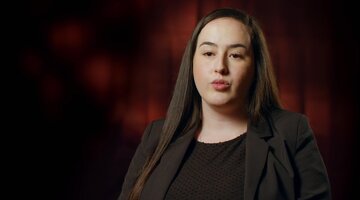 3:40
Preview
Kelli Underwood's Daughter Finds Her Dead In Her Home

Single mother Kelli Underwood survived brain tumors, divorce, and depression, but an ill-fated love triangle would be the death of her.

Underwood was born and raised in Mesquite, Texas, just east of Dallas. She married young but it wouldn’t last, nor would her second marriage. As a single mother of three, she struggled to balance work and family.

“When it came down to it she was always a very positive person. Anybody that met her said that her smile would light up a room. That’s just the type of person that she was,” daughter Kayden Graham told “Snapped: Killer Couples,” airing Sundays at 6/5c on Oxygen.

In 2001, Underwood was diagnosed with a life-threatening brain tumor. Following its removal, she suffered partial paralysis and battled depression. Needing a change, Underwood headed to the Dallas suburb of Princeton. She moved in with high school friend Tiffany Welborn and worked at a metal fabrication business owned by Welborn's husband, Ronnie.

Underwood worked as a welder before taking a job in the front office. She and Ronnie became close and when he and Tiffany divorced, she provided a shoulder for him to lean on.

In the spring of 2017, Underwood moved into a new home in Princeton. Her three children had moved out and she enjoyed the time to herself. The peace wouldn't last.

On the evening of September 20, 2017, Kayden Graham went to check on Underwood. She hadn’t heard from her mother in several days and was starting to worry.

Graham knocked on Underwood’s front door but there was no answer. She went inside and called out for her mother. Eventually, she found Underwood on the floor of a room upstairs.

“That’s when I noticed the blood on her head. I remember kneeling down and as soon as I grazed my hand to move it to check her pulse I actually touched her leg and she was just ice,” said Graham.

Graham ran outside and called 911. Responding officers pronounced 46-year-old Kelli Underwood dead at the scene, according to Dallas-Fort Worth Fox-affiliate KDFW.

Princeton hadn’t seen a murder in decades, so the Princeton Police Department enlisted the Texas Rangers to help with the investigation.

An autopsy determined Underwood died from multiple gunshot and stab wounds and that the murder occurred between the night of September 16 and the early morning of September 17, according to court documents.

“It’s not very common for someone to use two different weapons on a victim, and therefore, in this case, it led us to believe that we had two perpetrators instead of just one,” Collin County Prosecutor Dewey Mitchell told “Snapped: Killer Couples.”

Five .22-caliber shell casings, silverware, a camera monitor, and cigarette butts from the backyard were collected at the crime scene. DNA samples were also taken from beneath Underwood's fingernails, according to court documents.

Neighbors said they had seen Underwood on September 16 in the company of two men who appeared to be working at her house.

“Kelli had some things she wanted done around the house. She needed her pool put in and she was having problems with her [security] cameras at home and had one of them replaced,” Underwood’s sister, Ginger Ambrose, told “Snapped: Killer Couples.”

Investigators also spoke to Ronnie Welborn, who appeared distraught upon hearing about Underwood’s murder. He said a friend and former employee named Robert Veal had recently done some work for Kelli.

While searching for Veal’s contact number and communications history with Underwood in her phone, detectives discovered messages which indicated she was having a romantic relationship with Ronnie.

“There would be text messages where they would be telling each other they loved each other and Ronnie couldn’t wait to make her Mrs. Welborn,” Collin County Prosecutor Calli Bailey told “Snapped: Killer Couples.” “A couple days later, they were in a heated argument and Kelli never wanted to see him again.”

Kayden Graham confirmed that her mother and Ronnie had an on-again off-again romance. It started when Ronnie split up with his wife but Underwood kept the relationship a secret from her family. The relationship soured after Ronnie began dating a woman named Kadie Robinson, almost 20 years his junior. She soon became pregnant with his child and moved in with him.

Graham said her mother made peace with the situation and broke things off with him. Robinson, however, fumed over his continued friendship with Underwood and the fact that she still worked for him. Just a week before Underwood’s murder, she and Robinson got into a screaming match in Underwood's front yard after Robinson spotted Ronnie’s truck parked outside the home.

“Kadie did cuss at her and stuff like that, more so to try to instigate something so my mom would do something but my mom didn’t do anything physical,” said Graham.

Detectives brought Ronnie and Robinson in for questioning. Ronnie admitted to the affair, saying he loved Kelli and that he had been with her on the afternoon of September 15. Robinson confirmed her dislike for Underwood but denied any involvement in her murder.

The two had alibis and were released following their interviews. Meanwhile, Graham made her own inquiries into her mother’s murder.

One of Underwood's neighbors told Graham that he knew the man who was at Underwood's house with Robert Veal on September 16. They had been in county jail together and he was known as "D."

“Kayden was able to pull up a Facebook photo to identify who D was, as Delvin Powell,” Bailey said.

Powell had an outstanding warrant for a domestic violence charge and was taken into custody at a Princeton-area motel. He was charged with assault with intent to restrict breathing against a family member with previous conviction, felony bail jumping, and failure to appear, according to local newspaper The Princeton Herald.

In Powell’s hotel room, investigators found knives and a box of .22-caliber ammunition, according to court documents. Powell admitted to working with Veal at Underwood’s home on September 16 but said she was still alive when he left for the day.

On September 29, authorities received a tip about Robert Veal’s whereabouts and brought him in for questioning. Veal admitted he was with Underwood on the 16th, but claimed to know nothing about her murder. Texas Rangers later confiscated his cellphone and found he had been communicating with Kadie Robinson.

“Kadie is demanding for Robert to call her, asking what is going on. Robert and Kadie didn’t have any kind of prior relationship that they should be communicating at all,” Bailey explained.

Investigators didn’t have enough evidence to hold Veal so he was released from custody. However, DNA samples were taken from both him and Powell and later matched to materials found at the crime scene, according to court documents.

On November 15, Texas Rangers again interviewed Kadie Robinson. Under questioning, she revealed Ronnie hired Veal to kill Underwound but claimed she had nothing to do with the murder.

Texas Rangers brought Ronnie in for questioning and confronted him with his girlfriend’s betrayal. He then admitted paying Veal and Powell $8,000 to kill Underwood and supplying the gun she was shot with, according to Dallas ABC-affiliate WFAA. When asked why he had Underwood killed, he claimed he was tired of the drama between the two women in his life.

“Ronnie took all of the responsibility. He tried to distance Kadie from actually participating, even trying to claim that she really knew nothing about the murder, which ultimately we didn’t believe,” Bailey said.

Robinson’s cell phone records, however, revealed the depth of her involvement. Text messages show her urging Ronnie to “get rid” of Underwood and warning him, “if it's not done by September 18th, I'm gone," according to court records.

Robert Veal and Delvin Powell were found guilty of capital murder and sentenced to life without the possibility of parole, according to Fort Worth CBS-affiliate KTVT.

Ronnie Keith Welborn pleaded guilty to murder in October 2020 and was sentenced to life in prison, according to The Princeton Herald. Now 50, he will be eligible for parole in 2047 at the age of 75.

“Ultimately, we determined that the right result in her case was a plea of guilty to 30 years in prison,” said Bailey. Robinson will be eligible for parole in 2032 when she is 43.