Sign Up for Free to View
What Happened to Nancy Pfister? 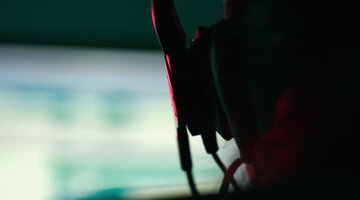 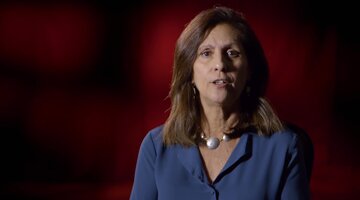 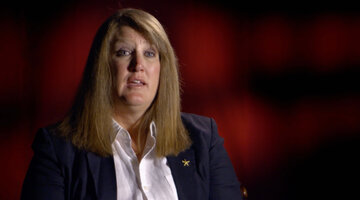 2:22
Exclusive
After the Murder of Nancy Pfister

With its endless ski trails and gorgeous mountain vistas, Aspen, Colorado, is known as a playground for the rich. In 2014, however, it gained notoriety for the shocking murder of one of its most prominent residents.

Nancy Merle Pfister was born in 1956, one of Art and Betty Pfister’s daughters. Art and Betty Co-founded the Buttermilk Ski Area, one of Aspen’s “Four Mountains,” which helped turn the sleepy town in the middle of the Rockies into a premiere winter and vacation destination.

“The Pfisters were like Aspen royalty. Everyone catered to them because they basically helped put Aspen on the map,” friend Rita Bellino told “Snapped: Killer Couples,” airing Sundays at 6/5c on Oxygen.

Growing up in one of Aspen’s most prestigious families, Nancy lived the high life. She hobnobbed with members of the Kennedy family, partied with “gonzo journalist” Hunter S. Thompson, and dated actors Jack Nicholson and Michael Douglas, according to CBS’ “48 Hours.”

“You would see Nancy in town and she was the spark. I mean, you knew that if you followed along with her, you would find some fun, believe me,” friend Teresa Wyatt told “Snapped: Killer Couples.”

In the early 2000s, Pfister befriended single mom Kathy Carpenter, who was a teller at her bank. Pfister enlisted Carpenter to act as her personal assistant.

“Kathy Carpenter really cared about Nancy Pfister. She became her person, like, to drive her different places. I think she enjoyed it because she got invited around to places and things that she probably would not have gotten invited to had she not been with Nancy Pfister,” said Bellino.

Pfister liked to travel during the winter and rent out her luxurious home on Buttermilk Mountain. In November 2013, Pfister left for what she hoped would be a six-month stay in Australia. Carpenter watched over her house and managed its rental.

“Help me, oh my god, oh!,” Carpenter is heard screaming on the call, in a recording obtained by “Snapped: Killer Couples.” “I found my friend in the closet. She’s dead!”

Responding officers arrived at Pfister’s home and found the 57-year-old dead inside a walk-in closet. Her body had been wrapped in towels, blankets, and garbage bags, reported local newspaper The Aspen Times.

Pfister had sustained major head injuries, and an autopsy determined Pfister died from blunt force trauma to the right forehead and right temple, according to the Aspen Daily News newspaper. The report noted that she had been struck three or four times and would have died within minutes of the attack.

Police interviewed Carpenter, who said Pfister had returned early from Australia after getting into a dispute with the couple renting her home. Their names were Trey and Nancy Styler — and Carpenter told investigators she suspected they were involved with her murder, according to "Snapped: Killer Couples."

Dr. William “Trey” Styler III was a noted Denver physician who met his wife when she was a nurse. The couple lived the upscale life of high-end medical professionals until a degenerative neurological condition forced Trey to retire in his early 60s. As a result of his health problems, Trey couldn’t stand for long periods of time and often used a wheelchair.

Seeking a change in fortune, the Stylers moved to Aspen with the hopes of opening a beauty spa. After agreeing to rent them her home, Pfister befriended the Stylers and offered to make the proper introductions to get their new venture off the ground.

Pfister let the Stylers move in while she was still preparing for her trip. They brought with them expensive equipment they had purchased for their new business. But the relationship quickly soured, with Pfister accusing the couple of owing her money.

Pfister began badmouthing the Stylers on Facebook in comments they could see, which they feared would ruin their reputation in town Upon returning to Aspen on February 22, The New York Post reports that Pfister demanded the couple vacate her home and claimed they owed her $14,000, for which she would hold their equipment as collateral, reported the New York Post.

The Stylers were interviewed by Aspen police and didn’t deny the animosity between them and Pfister. They claimed that after moving in, Pfister began treating them like employees and demanded they run errands for her, according to "Snapped: Killer Couples."

“Once we gave her the money I became kind of a slave. 'Get my cigarettes. Get my champagne. Get this. Do that. Rub my feet. Rub my neck,'" Nancy Styler told “48 Hours.”

Nancy claimed in her interview with police they had moved out of Pfister’s house by the time she returned from Australia. She said they no longer had access to the residence and therefore could not have committed the murder.

During his police interview, Trey Styler also said he couldn’t have committed the murder due to his health problems.

“My condition is such that I don’t think I could beat up a kid,” Trey is heard telling investigators in his recorded interview, which was obtained by “Snapped: Killer Couples.”

Then, a sanitation worker found a bag of the Stylers’ personal trash in a recycling bin near the hotel where they were staying in Basalt, Colorado, just up the road from Aspen 24:19. Inside the bag were bottles of Pfister’s prescription drugs, her passport and driver’s license, registration papers for the Stylers’ Jaguar, and a bloody hammer with Trey’s DNA on it, according to the Aspen Daily News.

The hotel’s owner later found a key to the closet where Pfister's body was found on the ground outside the Stylers’ room, as seen on "Snapped: Killer Couples."

On March 3, 2014, Trey Styler, 65, and Nancy Styler, 62, were arrested and charged with first-degree murder, according to CBS News.

As seen in the "Snapped: Killer Couples" episode, after learning that Kathy Carpenter had been commiserating with the Stylers over her dislike of Pfister and questioning the consistency of statements made during her 911 call, investigators began to suspect her involvement in the crime. She was arrested and charged with first-degree murder, reported local newspaper Summit Daily.

In June 2014, Trey Styler pleaded guilty to second-degree murder and was sentenced to 20 years in prison, according to ABC News. He confessed that he snuck into her home and beat her to death with a hammer while she slept and that he acted alone.

Following Trey’s confession, murder charges against Nancy Styler and Katherine Carpenter were dropped. Nancy later changed her last name to Masson and moved to Massachusetts, according to the Aspen Daily News.

Barely a year into his sentence, on August 6, 2015, Trey Styler died by suicide inside his prison cell, according to the Aspen Daily News. Upon her ex-husband’s death, Nancy Masson tried to collect a $1 million dollar life insurance policy Trey Styler had taken out that she was the beneficiary of. The funds were frozen, however, after Nancy Pfister’s daughter, Juliana Pfister, filed a $25 million wrongful-death suit against Masson in 2016, according to the Aspen Times.

In June 2016, Juliana Pfister withdrew her lawsuit after reaching an undisclosed settlement with Masson, according to the Aspen Daily News.

Masson and Carpenter have consistently maintained their innocence.