Sign Up for Free to View
Who Was Kate Waring? 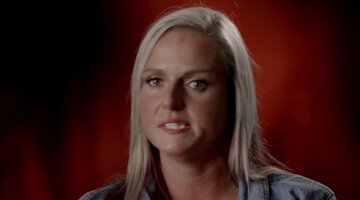 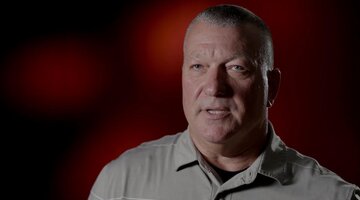 4:13
Exclusive
The Fate of Michael Schallert 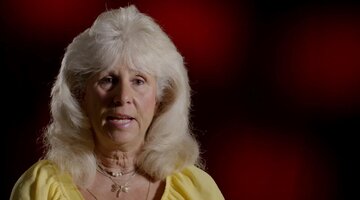 Kate Waring thought when she fixed up her friends Ethan Mack and Heather Kamp they would be the perfect match. Six weeks later, the couple would allegedly torture and murder her.

Waring was the scion of a wealthy family in Charleston, South Carolina. The Warings had lived in the city for generations but weren’t snobs.

“She and her family, her father and grandfather, had been champions for the underdogs. Even though she lives in high society along the Battery, they were very humble and down-to-earth people,” former boyfriend Howard Gatch told “Snapped: Killer Couples,” airing Sundays at 6/5c on Oxygen.

Howard described Waring as being “extremely smart, caring, compassionate.” She loved to travel but in 2009 she returned to Charleston to re-enroll in college.

Then, on June 15, 2009, Waring’s parents contacted the Charleston Police Department saying they hadn’t heard from her in several days. Waring, who was 28, had been housesitting for them while they were on vacation but when they came home she was nowhere to be found.

“The Warings knew Kate didn’t go out of town because there were just too many things still at the house of her personal belongings. There was medication that was still in her room unused, her credit cards were not being used,” former Charleston police investigator James Randolph told producers.

Waring had told her parents she was having dinner with Ethan Mack on the night of June 12. Waring thought of Mack as her big brother and was close with his family as well.

Detectives questioned Mack at his mother’s home on Johns Island, west of downtown Charleston. He said on June 12 he and Waring had dinner with his fiancé, Heather Kamp, to celebrate Kamp’s pregnancy. They dropped Waring off at home around 11 p.m.

Weeks passed with no developments in the case. Frustrated, Waring’s parents hired local attorney Andrew Savage III to look into her disappearance. With him came a group of highly skilled investigators known around town as “The A-Team,” which included former police officers James Randolph and Bill Capps.

After obtaining Waring’s cell phone data, Savage’s investigators tracked her movements on the night of June 12 from downtown Charleston to James Island, in-between the city center and Johns Island.

Despite telling police in his initial interview that he still lived with his mother on Johns Island, Mack had recently moved to James Island with Heather Kamp.

Waring had befriended Kamp in May 2009 and soon after introduced her to Mack. Kamp claimed she was a medical doctor and Waring offered to help her get a job in town through her family’s connections.

“Ethan and Heather hit it off immediately once Kate introduced the two of them. They were inseparable. It was love at first sight,” Capps said.

But in reality, Heather Angelica Kamp had no medical degree, nor was she licensed to practice medicine. She did, however, have an extensive criminal history including arrests for fraud. In February 2009, Kamp was arrested and charged with assault and unauthorized practice of medicine in Ephrata, Pennsylvania, after taking a “blood sample” from a 6-year-old girl she was baby-sitting, according to local news website Lancaster Online.

Investigators learned that just days after Waring disappeared, Mack tried to cash a check she had written him for $4,500. The check was dated June 12 and Waring’s signature was forged, reported WCSC.

“That handwriting was done by Heather Kamp,” explained Randolph.

While conducting surveillance on Mack and Kamp’s home on James Island, investigators observed Kamp visiting next-door neighbor Terry Williams. When they went to question Williams, Kamp burst out of Williams’ bedroom and told investigators to leave.

With investigators still within earshot, Kamp called Mack on her cellphone and told him investigators were trying to get Williams “to roll on us,” according to the Post and Courier.

“When she said, ‘roll on us,’ in our mind, that was a confession of guilt,” Randolph explained.

Sensing investigators were closing in on her, Kamp contacted Charleston police and admitted that she and Mack had been stealing money from Waring. When Waring found out about it, she threatened to get her parents involved if they didn’t pay back the money, according to the Post and Courier.

Kamp said that though Waring remained friendly with the couple, her threats enraged Mack. She alleged that on the night of June 12, after dinner in downtown Charleston, they returned to their home on James Island.

“She claimed that once in Ethan’s apartment, they were drinking. There was an argument and Ethan attacked Kate and hit her in the head with a wine bottle. He then filled up the bathtub, took Kate to the bathtub, and drowned her,” investigator David Haskins, who works for Mack’s attorney David Aylor, told “Snapped: Killer Couples.”

Based on Heather Kamp’s confession, she and Ethan Mack were arrested and charged with obstruction of justice and forgery. Mack, however, denied any involvement in Waring’s murder and asked for a lawyer.

While in custody and fearful that Mack was making a deal with police, Kamp told private investigators where to find Waring’s body. Her skeletal remains were found on Wadmalaw Island, which neighbors Johns Island, on October 10, 2009, according to Charlotte, North Carolina CBS-affiliate WBTV.

Ethan Mack, 29, and Heather Kamp, 31, were subsequently charged with the murder of Kate Waring according to Columbia, South Carolina, NBC-affiliate WIS. Terry Williams, 31, was later arrested and charged with obstruction of justice, according to WBTV.

Kamp agreed to testify against Mack and plead guilty to voluntary manslaughter and other charges in exchange for a reduced sentence.

Kamp testified that after tricking Waring into stuffing herself into a suitcase, Mack tortured his longtime friend with a stun gun before beating her unconscious with a wine bottle and drowning her in the bathtub with Kamp’s help, according to WIS. However, Kamp’s story changed often. After one too many lies and inconsistencies, prosecutors rescinded her plea deal and charged her with murder, reported WCSC.

In October 2010, Ethan Mack was convicted of obstruction of justice and forgery and sentenced to 15 years in prison. Unfortunately, jurors couldn’t reach a consensus on murder charges, resulting in a mistrial, according to Charleston ABC-affiliate WCIV.  Rather than take his chances with another murder trial, Ethan Mack entered an Alford Plea in April 2011 to voluntary manslaughter, not admitting his guilt but acknowledging that the evidence against him would result in conviction.

He was sentenced to 25 years in prison with the stipulation that he must serve at least 85 percent of his sentence, according to WCSC, and is scheduled for release in 2030.

Heather Kamp pleaded guilty to murder, forgery and obstruction of justice in March 2011 and was later sentenced to 39 years in prison, according to the Post and Courier. Her projected release date is 2048.