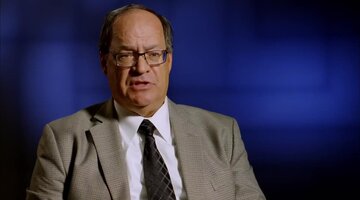 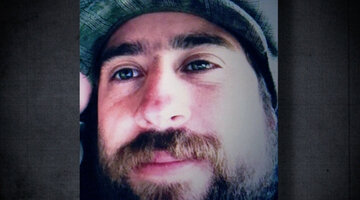 3:54
Preview
A First Look at the Brandon Duran Case 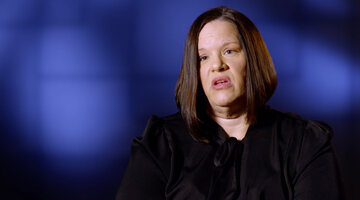 Brandon Duran wanted nothing more than to ride his motorcycle and to be a good father to his son. Both would be used against him when he was murdered by his ex-wife, Amber Andrews.

Duran was born in 1980 and grew up in San Diego, California. His parents divorced when he was a boy, but were dedicated to providing him with a nurturing environment. Duran's father was an avid motorcyclist and one-time member of the Bandidos Motorcycle Club, which are considered a criminal organization by the FBI and are second in size worldwide to the Hells Angels. It was from his dad Duran inherited his love of bikes. His prized possession was a Flyrite Chopper with his name stitched on the seat.

In April 2005, Duran’s father died unexpectedly. Heartbroken, he moved to Las Vegas and found comfort hanging around with members of the local Bandidos Chapter.

"His dad was his hero. My brother wasn’t a member of the Bandidos Motorcycle Club but the club saw how it devastated my brother. I think that’s why they had a soft spot, besides the fact that he was a legacy,” Duran’s brother, Garrett Wear, told “Snapped,” airing Sundays at 6/5c on Oxygen.

While in Vegas, Duran met 24-year-old tattoo artist Amber Andrews on a motorcycle run. They were married two months later on June 6, 2006, choosing the date for its numerical significance — 666 is a popular symbol in biker and rock cultures. Their son Brando was born that December.

While Duran settled into family life, Andrews rebelled against it and spent her nights out partying. They divorced after four years with Duran being granted full custody of their son.

“The reason my brother got custody is because he was a responsible person. He had a full-time job, well-paid, he had all his ducks in a row,” said Wear.

Following their divorce, Andrews moved back to her hometown of Meeker, Oklahoma, while Duran returned to San Diego. But after a year apart, Andrews showed up in San Diego, saying she wanted to give their marriage a second chance. Eager to have his family back, Duran agreed to put the past behind them.

Andrews and Duran made plans to move in together in San Diego. Brando was about to start kindergarten, and before school started, they went to visit her family in Oklahoma.

“They were only supposed to be gone for a week. They went and my son never came back,” Duran’s mother, Cynthia Wear, told “Snapped.”

On Aug 8, 2012, the Oklahoma Bureau of Investigation contacted the Garvin County Sheriff’s Office. They said a man named Van Emblom had gotten in touch concerning the disposal of a human body.

Emblom said his childhood friend, Justin Hammer, had called him the night before about it.

"He said he needed help with some concrete; that he had just shot Brandon," Emblom later testified, as reported in local newspaper The Pauls Valley Democrat. "He said, 'I need you to help get rid of the body.’ I looked at him and didn't really believe him. He opened the door and I saw the buckets and lots of blood.”

Inside Hammer’s home were several five-gallon paint buckets filled with cement and Duran’s dismembered remains. Though the buckets were sealed, blood bubbled out from the lids and dripped down the sides, according to "Snapped."

Emblom helped load the buckets into Hammer’s truck and build a fire but ultimately left. Realizing he was now an accessory to a crime, he contacted authorities.

Investigators asked Emblom to set up a meeting with Hammer. Hammer was then apprehended by police that night and brought in for questioning.

Hammer readily admitted murdering Duran but claimed it was in self-defense.

“I freaked out … I should have called the cops,” Hammer tells detectives in his videotaped interview, which was obtained by “Snapped.”

Hammer claimed he and Amber Andrews were in a relationship, one that made Duran jealous.

“Justin said Brandon had made threats to him that if he didn’t leave him and Amber alone that he would essentially have the Bandidos Motorcycle Club take care of him,” prosecutor Tara Portillo told “Snapped.”

He alleged Duran came to his house the day before and kicked down the door. Hammer said he then picked up a shotgun and told him to “back the f--k up.”

“And he said, ‘You ain’t to do s--t, motherf--ker, I’m a 1%er, your whole family will die. And that’s when I shot him,” Hammer tearfully told detectives.

Hammer claimed he covered up the murder out of fear of the Bandidos. He said he later burned the cleaning supplies he used to conceal the crime scene.

“Justin said he was using what they call a sawzall blade to cut his body into pieces and put into the paint buckets and a dog crate,” said Portillo.

After filling the buckets with cement in order to make them sink, Hammer dumped them in a pond on his property in Elmore City, Oklahoma. He subsequently gave Duran’s motorcycle to a family member who broke it down for parts.

The buckets were recovered along with other incriminating evidence and Justin Hammer was placed under arrest, according to Oklahoma City NBC-affiliate KFOR-TV.

Authorities found Andrews at her mother’s home in Meeker and notified her of Duran’s death. She appeared to be shocked by the news.

“She said that she had been with him, that they were contemplating getting back together. She was upset,” said Portillo.

Andrews told authorities the reconciliation with Duran had been complicated by the fact that she had not ended her relationship with Hammer.  She claimed she got into a fight with Duran about it the previous day, at which point he drove off on his motorcycle to confront Hammer.

But at Hammer’s home, investigators found evidence that contradicted his account of the killing. Shoe marks on the front door were made from the inside and were matched to a pair of sneakers belonging to Hammer.

Inside a gun safe, investigators found a shotgun and pistol, both of which had been recently fired, along with a list of items needed to dismember a body and clean up a murder site.

An autopsy revealed that Duran had been shot three times in the side of the head by a small-caliber pistol before being finished off with a shotgun blast to the face, according to Texas’ Amarillo Globe-News.

Investigators contacted Duran’s family, who made it clear he was never a member of the Bandidos MC nor even a prospect seeking membership.

Duran’s family said his relationship with Andrews had been troubled from the start. She cheated on him and was physically violent, they alleged.

Duran’s bike was not actually working when he and Andrews left for Oklahoma. He brought it along to fix while Amber visited with her family. This contradicted Andrews' claims that he drove in a rage following an argument.

“It also negates what Justin said. He didn’t drive up to Justin’s house if it’s not working,” said Portillo.

Andrews claimed after Duran drove off, she tattooed her friend Erin Smith at her mother’s home. Investigators spoke with Smith, who said that Duran was at the house while she was being tattooed.  According to Smith, halfway through Andrews received a message on her phone, and then she and Duran left. Smith agreed to watch their son until they got back.

In her rush out the door, Andrews had taken Smith’s phone by accident. When Smith tried calling her phone, she found Andrews had turned it off.  Andrews then returned around 11 that night alone.

“Erin said that she looked disheveled. Erin inquired, ‘Where’s Brandon?’ She said, ‘Well, we got in a fight and he got on his motorcycle and left,'” said Portillo.

On Andrews' phone, investigators found a single text message from Hammer at 3 p.m.

“The text message was from Justin Hammer, saying, ‘The ink is ready.’ We think that was code for ‘Everything’s ready so get Brandon down here so we can murder him,'” said Portillo.

Andrews’ friends told investigators that she had no intention of getting back together with Duran. They said she told Hammer stories about Duran, claiming he was abusive, in order to work him up.

Van Emblom would later testify that he overheard Hammer saying he would shoot Duran and claim self-defense.

Handwriting analysis indicated Andrews was the writer of the so-called “kill list” found in Hammer’s gun safe, according to the Pauls Valley Democrat. Hammer was seen buying the items on the list the night before the murder.

Justin Hammer was found guilty of first-degree murder in July 2014, according to Ada, Oklahoma, NBC-affiliate KTEN. He was subsequently sentenced to life in prison without the possibility of parole.

In December of that year, Amber Andrews was finally brought to justice, and charged with first-degree murder, desecration of a human corpse, and conspiracy to commit a felony, according to Oklahoma City Fox-affiliate KOKH-TV. Five years after Brandon Duran’s murder, a jury found Amber Andrews guilty on all counts in April 2017. Three months later, she was given the maximum sentence of life in prison without parole plus an additional 17 years, as per the jury’s recommendation, according to the Pauls Valley Democrat.

Brando Duran is currently being raised by Cynthia Wear.

“She killed him because he had full custody. She couldn't win anymore through the courts or any other way so she killed him so she could get Brando,” explained Aquilar.

Beloved Vintage Store Owner Murdered By Wife And Her Lover