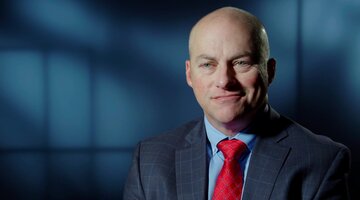 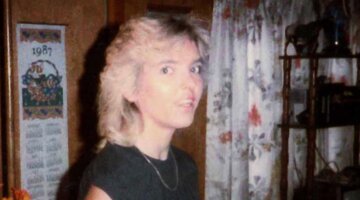 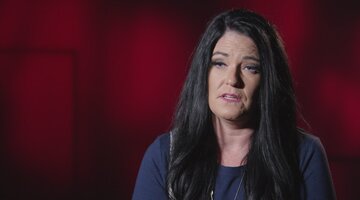 In the spring of 1998, Cynthia Phillips and her boyfriend, Toby Matthews, were planning on finally tying the knot when Matthews was gunned down on a rural road in Corsicana, Texas.

The 29-year-old was found lying behind his vehicle and had been shot multiple times, including a wound to his left temple. Near his body, investigators found seven 9mm shells.

“He had a bit of a stunned look on his face, whether that had been by the person that committed that act or the circumstances in general,” responding Corsicana Police Officer Dustin Munn told “Snapped,” airing Sundays at 6/5c on Oxygen.

As authorities were processing the evidence, a man named Rick Boyd pulled up in his car and inquired about the crime scene, telling investigators he was searching for his friend and roommate — Matthews.

Boyd said Matthews had gone to the store to pick up some cold medication for one of Cynthia’s two daughters at the local Kmart and never returned. When authorities broke the news that Matthews was dead, Boyd’s reaction was “fairly flat,” which raised suspicions, according to Munn.

Once they interviewed Cynthia, however, she confirmed Boyd’s story, claiming that the store was only a few minutes from their home, and that after an hour went by and Matthews had not returned, she began to worry and sent Boyd out looking for him.

As news of the murder began to spread throughout the small town, several of Cynthia and Matthews’ friends from their previous home in Colorado called the Corsicana police department and told them about Cynthia’s estranged husband, Ron Phillips.

They told police that in March 1995, the former couple survived a devastating house fire and received an almost $16,000 insurance payout, which is when their marriage really started to fall apart. The two fought constantly about money and Cynthia’s out-of-control spending habits, and she alleged to friends that Ron had become physically abusive.

As her home life crumbled, Cynthia found comfort in the arms of another man, local bartender Toby Matthews. They engaged in an affair for two years before Cynthia left her husband and moved to Texas with Matthews.

The couple settled in quickly, and Matthews took on the role of a father figure to Cynthia’s two young daughters. Later, Cynthia’s family friend, Rick Boyd, moved in and helped take on some of the family’s living expenses.

Once rumors began spreading about Cynthia’s past and a potential love triangle between her, Matthews, and Boyd, she offered to take a polygraph test to prove she had not been involved in her boyfriend’s death.

A week before the appointment, however, a man named Billy “Bear” Slaughter called the Kiowa, Colorado police department claiming to have information about the case.

Slaughter said he was a close friend of Matthews, and that in March 1995, Cynthia had confided in him about her marriage with Ron and the alleged abuse. At that point, Cynthia asked him for a favor — she wanted Ron dead, and she was willing to pay Slaughter a total of $20,000 to get the job done.

“She wanted his neck broke and laid at the bottom of a ladder so it looked like an accident,” Slaughter told investigators in interview footage obtained by “Snapped.”

Cynthia gave him $10,000 in cash upfront, and to corroborate her allegations that Ron was abusive, Slaughter followed him for weeks. Although he found no evidence of abuse, at one point, he witnessed Cynthia hit herself in the head with a door, creating a large bruise.

She later told Matthews that Ron had hit her.

Realizing he was being set up, Slaughter decided to take the cash and leave town, but before skipping out, he told friends to warn Matthews not to get mixed up with Cynthia.

Investigators found that she and Ron had a $250,000 life insurance policy, leading them to question if that was her true motive for the murder-for-hire and if she could have done the same thing to Matthews.

Indeed, Matthews had taken out a $100,000 life insurance policy, and about a week after his death, Cynthia had called to collect the payout.

Noticing a pattern develop, authorities dug deeper into Cynthia’s past and discovered she was linked to yet another mysterious case out of Kansas. On Aug. 22, 1996, her ex-husband, Les Konrade, vanished from a local bar after receiving a phone call from an unknown woman.

The next day, Konrade did not show up for work, and his parents filed a missing person’s report. The case was at a standstill until that September, when authorities were mailed a handwritten letter directing them to a bridge on a nearby road.

There, they found Konrade floating in the water below. His death was ruled a drowning, and while there was no evidence linking Cynthia to the case, investigators decided to take a closer look and sent the letter off for fingerprint analysis.

“When we determined that there were two other cases, one involving a missing former husband, and another involving an attempted or murder-for-hire scheme, on top of our own circumstance, we immediately dubbed her the Black Widow,” Officer Munn told producers.

On April 28, 1998, Cynthia arrived for her scheduled polygraph in Texas, and she failed. As she was being read her results, officers from Kansas, Colorado, and Texas entered the room and confronted her with Slaughter’s statement, which she denied.

She claimed the reason she failed the polygraph was because she was covering for the real killer — Boyd.

When officers brought in Boyd for questioning, he admitted to being involved in Matthews’ shooting, but he claimed it was all Cynthia’s idea. While Matthews was on his way to Kmart, Boyd said he and Cynthia got in the car and followed him, flashing their lights.

After Matthews pulled over and stepped out of the vehicle, Cynthia pulled out a gun and shot him. Boyd then took the firearm from her and shot Matthews once more in the head to confirm he was deceased.

While Boyd was immediately placed under arrest for first-degree murder, Texas authorities did not have enough evidence to charge Cynthia for the crime. Colorado investigators, however, did, and she was charged with the attempted murder of Ron Phillips.

As Cynthia sat in a Colorado jail, Kansas authorities received the results of the fingerprint analysis, showing that the letter had been written by Cynthia. They theorized the only reason Cynthia directed them to Konrade’s body was because she was anxious to cash in on his death benefits.

Although the fingerprint results were compelling, there was still not enough evidence to definitively tie her to her ex-husband's slaying.

Back in Colorado, investigators received a case-breaking phone call from Cynthia’s cellmate, Manda Packard. Packard said Cynthia confessed to gunning down Matthews for the life insurance policy, which she said she and Boyd were planning to split.

Once Packard passed a polygraph test, prosecutors had the evidence they needed to charge Cynthia with first-degree murder. They ultimately reached a deal, and in exchange for pleading guilty, Cynthia received a 60-year sentence.

Cynthia was also found guilty of soliciting the murder of Ron, and she was sentenced to 24 years in prison. She will not be eligible for parole until 2045.

Boyd pleaded guilty and received a 60-year sentence. He will be eligible for parole in 2028.

To learn more about the shocking case, watch “Snapped” on Oxygen.