Sign Up for Free to View
Who Is Cynthia Campbell Ray? 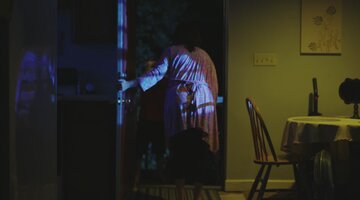 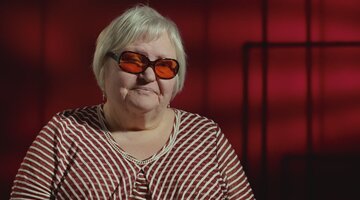 3:59
Exclusive
Who Is Cynthia Campbell Ray?

Cynthia Campbell Ray and her one-time boyfriend David West almost got away with murder: He shot her wealthy parents in their sleep as she watched, and they waited for her inheritance to come in.

While investigators were suspicious of the pair, they had nothing on them until West fell for a private eye who was secretly working the case and told her everything.

Cynthia’s father, James Campbell, was born in 1927 in Cross Plains, Texas and grew up during The Great Depression. He worked his way up the ladder to become a successful and well-respected attorney in Houston alongside his wife, Virginia.

“She ran the office. She was his secretary, she was his paralegal, and she was real smart,” family friend Irma C. Manzanales told “Snapped,” airing Sundays at 6/5c on Oxygen.

The Campbells had four daughters, including Cynthia, and in the 1960s, they moved to Houston’s Memorial area, one of the city’s most exclusive neighborhoods. Cynthia, also known as Cindy, developed into a talented artist, but she struggled where her sisters excelled.

“The other three girls were kind of very close, and Cindy was kind of the black sheep of the family,” former Houston Police Detective Ronald W. Knotts told producers.

When she was 17, Cindy ran away from home, and in Colorado, she met a man named Michael Charles Ray. They married the following year in 1973 and had two boys together. The marriage wouldn’t last, however, and Cynthia’s father stepped up to help negotiate her divorce settlement.

Cynthia moved back to Houston and enrolled at the local college, where she met boyfriend David Duval West, a 24-year-old ex-Marine. She also moved into an apartment owned by her parents, who helped raise her two boys.

“She didn’t have any money. I know she relied heavily on her mom and dad to care for and take care of the kids,” prosecutor Lyn McClellan told “Snapped.”

By the early 1980s, 55-year-old James Campbell was thinking about retiring and enjoying more time with his wife and their two grandsons, who often slept over.

His plans for the future, however, came to a tragic end on June 19, 1982, when the Campbells’ live-in maid, Maria Gonzales, called 911 after hearing gunshots, according to court documents.

When police arrived, they found a gruesome, bloody crime scene.

“They walked up to the door of the bedroom, the bed was maybe five or six feet from the door. There was Mr. Campbell and Mrs. Campbell … Both victims were dead,” former Houston Police Detective Carl Kent told “Snapped.”

Gonzales told detectives that after hearing gunshots, she looked out the window of her apartment. She didn’t see anything unusual, but minutes later, the Campbell grandchildren, aged 7 and 8, were banging on her door.

Investigators would determine James and Virginia Campbell were each shot three times in their sleep, reported PEOPLE in 1985. The grandchildren were in the room at the time of the murder, camping out in sleeping bags at the foot of the bed, but they saw nothing.

At the crime scene, detectives found .45 caliber shell casings and a plastic glove. They discovered that the killer had entered through a window on the first floor, and a large boot print was left in the flower bed outside.

No valuables, however, were missing from the home.

“Two people executed in their bed, and there’s nothing taken? That’s not a burglary, that’s not a robbery, that’s a hit,” McClellan told “Snapped.”

Gonzales told authorities she had recently found empty beer cans and cigarette butts in the garden outside, signaling someone had been on a stakeout.

At the Campbell's funeral on June 22, the bad blood between their surviving daughters — which had been reignited after Cynthia was caught rummaging through her mother’s personal items in search of her diamonds — was on full display.

In speaking to the Campbell girls, detectives learned of Cynthia’s fractured relationship with the family and how James had wanted his daughter to start paying her own way.

Detectives theorized that Cynthia had her parents murdered after they threatened to cut her off financially, and she became the case’s “suspect number one,” Knotts said.

“I kinda thought at that time that the possibility there was a ... motive was inheritance,” Kent told “Snapped.”

Two years passed without any further leads or concrete evidence, and in late 1984, on the verge of the Campbells’ estate being settled, Cynthia’s sisters hired Houston private investigator Clyde Wilson.

Wilson assigned Kim Paris, a 23-year-old Navy flight controller, to go undercover and get close to West, reported AP News in 1985. After learning that he and Cynthia had broken up, Paris used a ruse to get herself invited out for drinks with him and his roommate.

Over the course of the night, West told Paris he wanted to open a bar. He said his ex-girlfriend was coming into some money and had agreed to be his silent partner.

“That got my attention,” Paris told “Snapped.”

The two soon started dating, and, believing West was close to divulging his darkest secrets to her, Paris notified Houston police in 1985. That February, she wore a wire during a date with West.

After dinner at a Chinese restaurant, West and Paris drove back to his place where they sat in the driveway talking.

“I had to bring this to some conclusion, and the only way I could do that was to tell him if he didn’t tell me what he was hiding, I would never see him again,” Paris told producers. “He said, ‘I killed both of [Cynthia’s] parents. There, now do you know I trust you?’”

Two homicides detectives, who were nearby in their car listening to the conversation, could not believe what they were hearing.

“He said, ‘I made her go with me. We went up to the bedroom.’ And he said, ‘It was just a simple execution.’ That was exactly the way he said it,” Knotts told “Snapped.”

Detectives asked Paris to go out with West the next night to get more details from him about the murder. West told Paris that Cynthia had been abused and neglected by her parents and that he “needed to save her."

“She offered him money, and he decided he didn’t want the money because, in his words, ‘That would change everything. I didn't do it for the money,’” Paris told producers.

West told Paris that she had become slightly unhinged in the aftermath of her parents’ murder, and he worried she would confess to the killings. West said at that point, he had thought about killing her, too.

Before their date, Paris had told police that she would stop at the first convenience store she could on the way home, telling West she needed to get cigarettes. After going in the store, police converged on West and arrested him for capital murder.

“I could see it come over his face when he realized who I was or what I was,” Paris told “Snapped.” “I remember, clearly, the thought I had. It was, ‘Don’t look down. You have to look him in the eye and own this.'”

Detectives later arrested Cynthia at her apartment and charged her with capital murder, according to a 1985 report from The Washington Post.

In exchange for testifying against Cynthia, West received a life sentence.

Cynthia was eventually found guilty of two counts of capital murder. She was subsequently sentenced to life in prison.

To learn more about the investigation, watch “Snapped” now at Oxygen.com.

What Led Thomas Gilbert Jr. To Murder His Father?