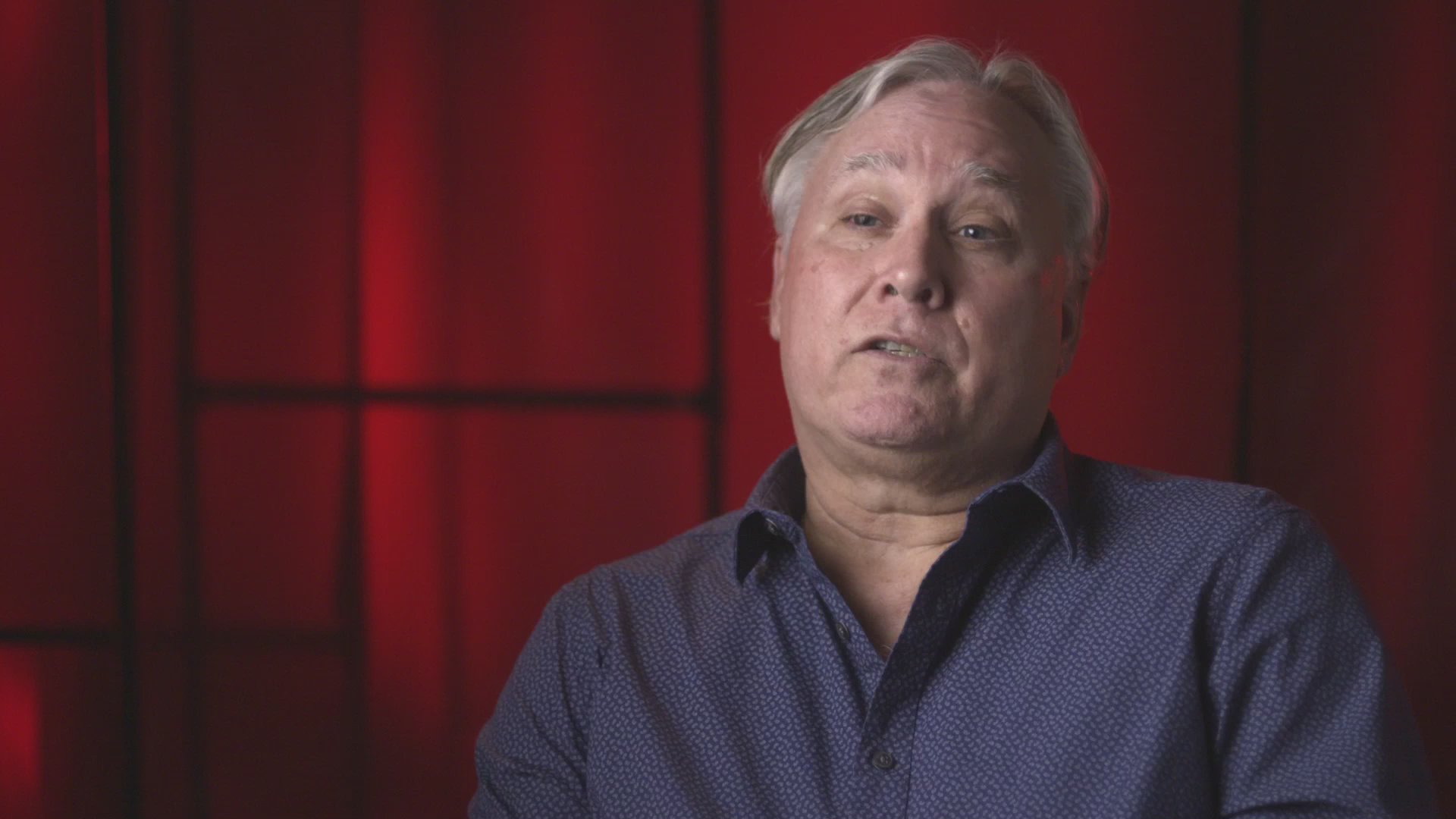 Sibling rivalry may spark screaming matches, bad blood and even the occasional fist fight. But it usually doesn’t end in kidnapping, murder and a televised high-speed car chase.

Yet that’s what happened to one California family in October 2002, when Deborah Perna hired members of a notorious Los Angeles street gang to kill her brother, David Montemayor, whose physical appearance of having only one arm would end up helping police solve his case.

Perna’s relationship with her family had always been a bit tense. In the late 1980s and early ‘90s, she worked alongside her brother at their father, Pete Montemayor’s, moving and storage company, InterFreight Transport, in Rancho Dominguez, California, south of Compton.

While David moved up the ranks and soon helped Pete manage operations, Perna took the lead on the administrative side.

“The original intention of the father, as I understood it was, it was gonna be a co-leadership role for Deborah and her brother. And a lot of things in life — what happens is everybody settles into their respective roles. And, David settled into a leadership role,” Perna’s attorney, Michael Molfetta, told “Snapped,” airing Sundays at 6/5c on Oxygen.

After working company for five years, however, Perna was still just making ends meet, and as single mother of three, she grew tired of her office manager role and left the family business. The company struggled without her, according to “Snapped,” and she returned in the late ‘90s.

At InterFreight Transport, Perna immediately started butting heads with her younger brother, David Montemayor, whom she had never gotten along with, according to local newspaper the Orange County Register.

Although he lost his right arm in a childhood accident, David never let his disability hold him back, and over the years, he ended up owning 45 percent of the company, reported the San Gabriel Valley Tribune newspaper. With a loving wife and three daughters at home, David seemed to be the picture of success.

Around the office, however, false rumors circulated that David was stealing cash from the business and stashing it in coffee cans that he kept in his garage, according to the Orange County Register. The gossip reached Perna right before she learned that Pete was thinking about retiring and handing over the company to David.

She became enraged and turned to co-worker Edelmira “Mira” Corona, the 25-year-old office secretary, for help getting rid of David.

“She said, ‘I need David to disappear. I need him taken care of.’ Corona was just like, ‘I can’t really help you out with that.’ She goes, ‘No, but you know people who can,’” Buena Park Police Sergeant Gregory Pelton told “Snapped.”

Corona then reached out to her drug dealer, Anthony R. Navarro Jr., to find someone to carry out David’s murder.

Known on the streets as “Droopy,” Navarro was a high-ranking member of Pacoima Flats, a street gang based in the San Fernando Valley. He also had ties to the Mexican Mafia prison gang, also known as “La Eme.” The 35-year-old had convictions for robbery and dealt crystal methamphetamine, and he also occasionally worked as an informant for the FBI, according to the periodical O.C. Weekly.

Unable to pay up front for her brother’s murder, Perna offered up the coffee cans full of cash she mistakenly believed were hidden in David’s garage, which she said was around $50,000, according to the Beverly Hills Courier newspaper. Three other Pacoima Flats gang members were recruited to pull off the kidnapping, robbery and murder — Armando Macias, 26, Alberto Martinez, 24, and Gerardo Lopez, 17, reported the Los Angeles Times.

The three men abducted David at InterFreight Transport on the morning of Oct. 2, 2002, just as he was opening up shop. They drove him to Buena Park, where his house was, hoping to retrieve the money they were told was in his garage.

David knew his wife and three children were home at the time, and he either gave the men the wrong address or misdirected them.

“He knew his wife Susan and the kids were still there, cause she hadn’t left to take them to school. He’s like, ‘If I take them there, they’re going to kill my whole family,’” Police Sergeant Shawn Morgan told “Snapped.” “So he drove down to the next rest track and pulled in, and then he bailed out of the truck and then that’s where that confrontation took place.”

Added Sgt. Morgan, “David was a hero. He saved his family.”

A mile from his home, David broke free from his captors. He jumped out of the car and made a run for it but was shot in the head by Macias, according to the the Los Angeles Times. David Montemayor was 44 years old.

A man who witnessed the shooting followed the killers’ car and got a partial license plate number, which he gave to police. The vehicle was soon spotted on the freeway, resulting in a high-speed rush-hour car chase that aired live on Los Angeles morning television.

After the 30-minute chase, police were able to force the vehicle off the road, arresting Macias, Martinez and Lopez, according to the Los Angeles Times. While authorities initially suspected Montemayor’s murder was the result of a robbery gone wrong or even road rage, cell phones seized from the three suspects connected them to Navarro.

Police quickly tracked him down, and in a search of his car, they found a piece of evidence that made them suspect someone within InterFreight Transport had contracted David’s killing. Inside the glove box, Sgt. Morgan discovered a note with David’s home address, his phone number and the phrase “one arm” in Spanish. The note also matched the paper used in David’s office.

“As soon as I saw that note, to me that was like a smoking gun,” Sergeant Gregory Pelton told “Snapped.”

Also in the car was a photograph of Corona, and during questioning, Navarro broke down and confessed that he facilitated the hit at Corona’s request. Corona was picked up by officers, and after seeing the note, she told police Perna had written it.

Following her confession, Corona agreed to cooperate with law enforcement and cold call Perna on a recorded line.

“When she calls Deborah and starts asking her about it, ‘They found the note, Anthony’s been arrested, what do I say? What do I do?’ ‘Shut up, don’t talk to me. Keep quiet, don’t say anything. I’m not discussing this over the phone.’ I mean, she just put the nails in to her coffin with that phone call,” said Sgt. Morgan.

Perna was arrested on Oct. 19, 2002, according to the Los Angeles Times. She went to trial in 2005 and was found guilty of conspiracy to commit murder, murder in the first degree, and murder for financial gain, said Molfetta. She was sentenced to life in prison without parole, according to the San Diego Union-Tribune.

Anthony Navarro, Armando Macias and Alberto Martinez were all found guilty and sentenced to death, while Gerardo Lopez was sentenced to life in prison without parole since he was 17 at the time of the murder, according to the Beverly Hills Courier.

In exchange for testifying against her co-defendants and pleading guilty to felony manslaughter, Corona was sentenced to 14 years in prison in January 2012, according to the Orange County Register.

To find out more about how police broke the murder-for-hire case, watch “Snapped” Sundays at 6/5c on Oxygen.