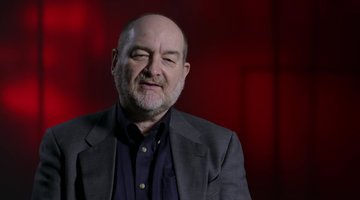 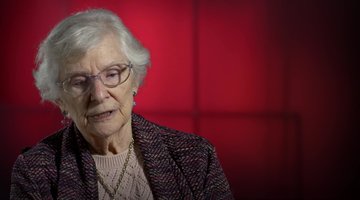 4:39
Exclusive
Was Justice Served in the Louis Davidson Murder Case? 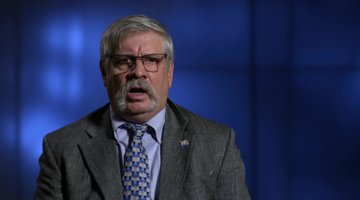 4:42
Exclusive
Leo Cisneros Was “Not Trustworthy”

Denise Davidson was beautiful, but deadly. In her native Jamaica, she competed in beauty pageants. After moving to America, she arranged the murder of her husband.

Born in 1960, Denise grew up in Kingston, Jamaica, the third of seven children. A natural beauty, Denise’s good looks opened doors for her. She was a finalist in the Miss Jamaica pageant and worked as a swimsuit and calendar model.

In the early 1980s, Denise began dating an ambitious young medical student named Louis Davidson. She was 22 and he was 27. Like Denise, Louis was raised in Kingston, according to "Snapped," airing Sundays at 6/5c on Oxygen.

Louis and Denise were married in 1982 and moved to the United States the following year, settling in Tampa, Florida. Their daughter, Natalie, was born three years later.

While Denise stayed home with their child, Louis would become the head of emergency room pediatrics at Bayfront Medical Center in nearby St. Petersburg. But eventually the marriage began to falter, and they initiated divorce proceedings in October 1993.

While Louis had found love with his emergency room co-worker Patricia Deninno, Denise began dating Jamaican club owner Leonardo “Leo” Cisneros. It seemed like both could move on -- until the afternoon of January 25, 1994.

That afternoon, police officer Eli Jay Hartzig was on patrol when he received a call about a dead body at the Thunderbay Apartments in Northern St. Petersburg. Once there, he was met by Patricia Deninno who said the victim was her fiance, Dr. Louis Davidson, then 39.

Inside the apartment, Hartzig found Louis lying face down in a bathtub full of warm, bloody water. He was blindfolded, gagged, and hogtied, with his hands and feet bound behind him with an electrical cord pulled from a vacuum cleaner.

An autopsy would reveal that at the time of his death, he had three broken ribs, bruises on the face, and multiple lacerations on the back of the head, probably caused by a blunt object. The cause of death was drowning, according to court documents.

In the front foyer of the apartment, investigators found a footprint of a size 9 Voit shoe. The apartment appeared to have been ransacked, though a bag with $19,300 in cash was left behind, making a robbery unlikely.

Deninno told detectives she had last spoken to Louis that morning. When she couldn’t get hold of him that afternoon, she went to his apartment and found him dead.

According to Deninno, Louis had recently been receiving a flurry of hang-up calls. Detectives suspected someone was trying to track his movements.

Detectives also learned of the Davidsons’ contentious divorce from Denino. Louis and Denise were battling over custody, with Denise threatening to move back to Jamaica with their daughter.

Detectives interviewed Denis at her home in Tampa. She claimed that though they were in the middle of a divorce, Louis was her daughter’s father and she had no reason to want him dead.

Denise said she had met her current boyfriend, Leo Cisneros, during a trip home. She claimed he was in Jamaica at the time of her husband’s murder.

Detectives looked into Cisneros and learned that he was involved with Jamaica’s infamous drug posses.

“We were able to determine that several years prior he had been arrested during a traffic stop in Georgia and a warrant had now been issued for trafficking narcotics,” former St. Petersburg police detective Mike Celona told “Snapped.”

“He definitely was in that type of crowd that he would have known the people that could have pulled off such an event,” St. Petersburg police detective Mark Deasaro added to producers.

Denise was put under surveillance and her financial records were subpoenaed. Bank records revealed that over the course of six months she had made 21 payments equaling $15,000 via Western Union to a man named Robert Roy Gordon and a woman named Carol Cason, according to court records.

“Robert Gordon was a gentleman from Jamaica. He was known to be an associate of Leo Cisneros,” prosecutor Rebecca Graham told “Snapped.” “He did have a criminal history, so, immediately, that began to tie everybody together.”

Detectives placed a wiretap on Denise’s phone. Her records showed she had called a pager on the morning of the murder 52 times. The mobile phone that returned the calls to her was one she had purchased herself.

Police were able to track the mobile phone from outside Louis Davidson’s apartment to a Days Inn on the other side of Tampa Bay.

Witnesses at the Days Inn identified Robert Gordon and said he had shared a room with a white woman with blonde hair. She had paid for the room under her real name, Susan Shore.

Gordon and Shore were in the company of another man and had checked out in a hurry. They left behind several items of clothing, which the hotel was still in possession of.

Among the clothing left behind was a blood-splattered pair of size 9 Voit sneakers and a gray sweatshirt. Blood and other fibers found on the sweatshirt were matched to Louis Davidson, according to court documents.

“We were able to identify that on Jan. 24th, the day before the murder, Denise Davidson used her credit card at the Walmart behind her house in Tampa and purchased a pair of size 9 Voit sneakers and a gray sweatshirt that was of the same brand as the one discovered in this hotel room,” Celona told producers.

Detectives traveled to Miami on Feb. 28 and arrested Robert Gordon. He was charged with first-degree murder in the death of Dr. Louis Davidson, according to court documents.

Next, detectives went to the home of Carol Cason. She was there with a man named Tony Bowens. A fingerprint check revealed Bowens' real name was Meryl McDonald, 47.

McDonald had a warrant out for his arrest on drug charges and was taken into custody.  Cason admitted to receiving money on behalf of McDonald but it was eventually determined she had nothing to do with the murder.

Due to a paperwork mix-up, McDonald was released before he could be charged with murder. He fled to New York where he was apprehended seven months later, according to the Tampa Bay Times.

Through their wiretaps, police were aware that Denise was considering fleeing the country. At 5 in the morning on March 4, 1994, her surveillance team observed her going to Tampa International Airport.

“They follow her right to the airport, right to the ticket counter and stand in line behind her as Denise purchases a one-way ticket to Kingston, Jamaica,” Celona told producers.

She was arrested on the spot and charged with first-degree murder in the death of her husband.

In the meantime, Mark Deasaro went to Jamaica where he interviewed Leo Cisneros. Though Deasaro wanted to arrest Cisneros on the spot, he was unable to secure an arrest warrant.

“One of the interesting things that he said to us was, ‘What would happen if I told you I sent somebody there to beat him up and they just got carried away?’” Deasaro said.

Shore was apprehended in Jamaica and charged with first-degree murder. She was released after agreeing to testify against her co-defendants, according to the Tampa Bay Times.

Shore said she had befriended Gordon and McDonald after meeting them at Hialeah Park Racing & Casino outside Miami. She knew nothing of the murder plot but agreed to drive them to Louis' home for $100.

Following the murder, she drove Gordon and McDonald back to the Days Inn. Cisneros and Davidson later met them there, according to court documents.

Shore had the charges against her reduced to accessory after the fact, for which she received probation, according to court documents.

Thanks to Shore’s statements, authorities were finally able to secure an arrest warrant for Leo Cisneros. However, by the time they got to Jamaica, he had fled the country.

Detectives soon learned Denise had another motive for having her husband killed. She was pregnant with Cisneros’ child. There was also a life insurance policy for $400,000.

On September 16, 1994, Denis Davidson was found guilty of first-degree murder and sentenced to life in prison, according to the Tampa Bay Times.

Meryl McDonald and Robert Gordon were both found guilty of first-degree murder and sentenced to death, according to the Tampa Bay Times. They are currently on death row in Florida.

Leo Cisneros is still facing a first-degree murder charge, however, his whereabouts remain unknown to this day.

What Is The ‘Lost Episode' Of ‘Snapped’?