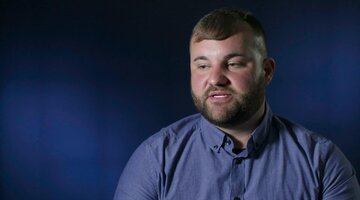 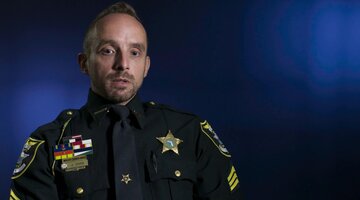 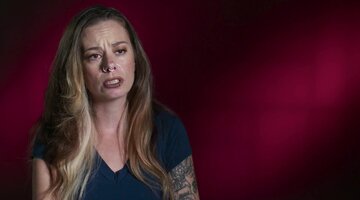 5:05
Preview
Who Was Aria Armstead?

Aria Armstead was a competitive beauty pageant contestant with a promising life ahead of her. Within a few short years, however, her life went in a different direction and landed her in prison.

Armstead was born in 1997 and grew up in south Florida. Friends remembered her for her big smile and bubbly personality.

“Aria was a ball of energy at all times,” friend Kristine Kimbrough told “Snapped,” airing Sundays at 6/5c on Oxygen. “She wanted to be friends with everyone she met.”

As a teenager, she competed in beauty pageants and was voted “Miss Congeniality” in the Little Miss Florida Pageant.

“Aria loved the experience and she really loved playing the part,” said Kimbrough.

But eventually, Armstead soured on the pageant scene. She felt pressured by her mother to participate, putting a strain on their relationship.

“She would talk about how she didn’t like the pressures of performing or potentially being a failure in her mom’s eyes,” said Kimbrough.

When she was 16, Armstead quit competing in pageants. Soon after, she began dating Nathan Ortiz. He showered her with attention but demanded the same in return.

“Nathan would tell her that she didn’t need to talk to her mom and that led to her not taking responsibility for herself and not wanting to complete high school or not showing up at her job,” said Kimbrough.

After turning 18, Armstead moved in with Ortiz at his parents’ home in Lehigh Acres, Florida, outside Fort Myers. It was through her boyfriend that Aria met Matthew Collins.

Matthew Eugene Collins grew up in Williamstown, New Jersey, but moved to southern Florida after high school. He worked in construction and landscaping, and when not on the job, he liked to party with friends.

Collins’ hard-partying ways eventually got the better of him. He became addicted to narcotics and turned to crime to support his habit. In 2014 he ended up in prison for burglary and trafficking in stolen property.

“Matt was known for committing home invasions. He would commonly brag about the amount of money he would get from these home invasions. It would kind of sustain his lifestyle,” Lee County Sheriff’s Sgt. James Divis told “Snapped.”

Collins was released from prison in 2016 after a year behind bars. The experience seemed to scare him straight, and family and friends said he wanted to turn his life around.

In the summer of 2017, Collins began dating a 32-year-old named Francesca, who he met online. After four months they got a place together in Lehigh Acres.

But on the evening of October 13, 2017, Francesca called 911 to file a missing persons report on Collins. She hadn’t seen him in 24 hours.

“The last time I spoke to him was last night between 8 and 9 and he told me he was on his way home … I’m worried,” she said on her 911 call, which was obtained by “Snapped.”

Francesca said Collins had borrowed her car the previous afternoon as he claimed he was getting a haircut in Fort Myers, a half hour away.

“He texted that he got stuck in Fort Myers, which really didn’t make sense. How did you get stuck? Did your car get stuck? Did you run out of gas?” former Lee County Sheriff’s Deputy Justin McMenamin told “Snapped.”

As the hours wore on, Francesca tried calling Collins but her calls went straight to voicemail. When he was a no-show the next morning, she knew something was wrong.

A BOLO was placed on Francesca's car, a 2015 red Chrysler 200. It was found abandoned on a dead-end road six days later. There was a bullet hole in the front windshield, the electronics had been ripped out, and blood covered the seats, according to Fort Myers CBS-affiliate WINK-TV.  Blood and dirt from another location were found in the trunk.

“You could see blood all over the inside of the vehicle. There’s a crime that’s obviously occurred,” Lee County Sheriff’s Lead Investigator Nolan Connell told “Snapped.”

In speaking to Collins' loved ones, investigators learned of his criminal past, and that he was known to have a short temper and a propensity for fighting. Matthew’s father, Mike Collins, told investigators he was worried his son was using drugs again.

Francesca told investigators that she received strange messages from Collins’ phone the day after he disappeared.

“Friday, I got a text message and it said, ‘This is Tiffany, he’s with me now,’ so I said, ‘Answer the phone.’ I got a message back, something along the lines of, ‘I’ve been cheating on you. I can’t change the person I am,'” Francesca told investigators in her videotaped interview, which was obtained by “Snapped.”

RELATED: Woman Manipulates Her Teen Sons Into Killing Both Their Father And Grandmother

Investigators found Tiffany’s phone number on Collins’ phone. When she was contacted by authorities, however, she said they had never actually met in person. They were supposed to rendezvous on the night Collins disappeared but he never showed up. She also denied ever sending a message to Francesca.

Collins’ cell phone data tracked him to a convenience store northeast of Fort Myers on the afternoon he disappeared. Security footage showed him in the company of a tall male companion. They appeared to be friends.

The GPS data then led investigators to the home of a friend of Collins. He claimed the man with Collins on the day he disappeared was another friend, known as “Nasty Nate,” aka Nathan Ortiz. Collins’ GPS data went cold near Ortiz’s home in Lehigh Acres.

Investigators spoke with his parents who said they hadn’t seen him or Armstead in several days. While talking with Ortiz’s parents, they noticed freshly dug-up dirt on the side of their home. After executing a search warrant, authorities found a wheelbarrow and shovels containing the same dirt discovered in the trunk of Sakulich’s car.

Ortiz’s mother arranged an interview between her son and investigators. He arrived with Armstead, who also agreed to speak with authorities. Armstead freely admitted to knowing Collins and hanging out with him. Without little prompting, she claimed she last saw him on October 12, the night he disappeared.

Armstead claimed that she and Ortiz were driving around Lehigh Acres with Collins when he began using drugs. He and Ortiz started to argue.

“[Collins] got really mad, you know, a fight broke out between the two. He pulled a gun out. He said, ‘F you. I’m going to take your girlfriend,'” Armstead told investigators in her videotaped interview, which was obtained by “Snapped.”

Armstead claimed Collins pulled a gun out and pointed it at her, but Ortiz slapped the gun out of Collins’ hand and she picked it up. Claiming she was emotional and nervous due to being pregnant, she pointed the gun at Collins.

“I was panicking. I’m pregnant, I don’t know what to do. And in that split second, I just …I didn’t even, I just went like that and that was it ... I ended up pulling the trigger,” said Armstead.

Ortiz and Armstead said they tried to bury Collins next to Nathan’s parents home but later moved his body after an ill-fated attempt to burn it. Collins’ body was later buried in an area across the street from the Ortiz home, according to southwest Florida’s Fox 4.

Investigators believed the couple was trying to build a stand-your-ground defense; however, certain details undermined their credibility.

“Based upon interviews with family, Matthew had some medical issues with his right hand that would have caused him not to be able to articulate it,” said Divis.

Aria Armstead, 20, and Nathan Ortiz, 21, were arrested on October 28, 2017. Armstead was charged with second-degree murder and Ortiz with accessory after the fact and both were charged with tampering with physical evidence, according to WINK.

While prosecutors remained unsure of the motive, they believe the couple killed Collins in order to steal his narcotics.

Nathan Ortiz pleaded guilty and agreed to help investigators locate the murder weapon and testify against Armstead in the case of trial. He was sentenced to 42 months in prison and was released in October 2020.

Aria Armstead pleaded guilty to first-degree manslaughter, tampering with evidence, and abuse of a corpse. She was sentenced to 40 years in prison.

Aria Armstead is currently scheduled to be released from prison in 2037.

Where Is Celeste Beard Johnson Of ‘Snapped’ Today?

Here's How To Binge-Watch Every Episode Of 'Snapped' Ever