Skip to main content
Exclusive
The Trial Of Helen Frazier 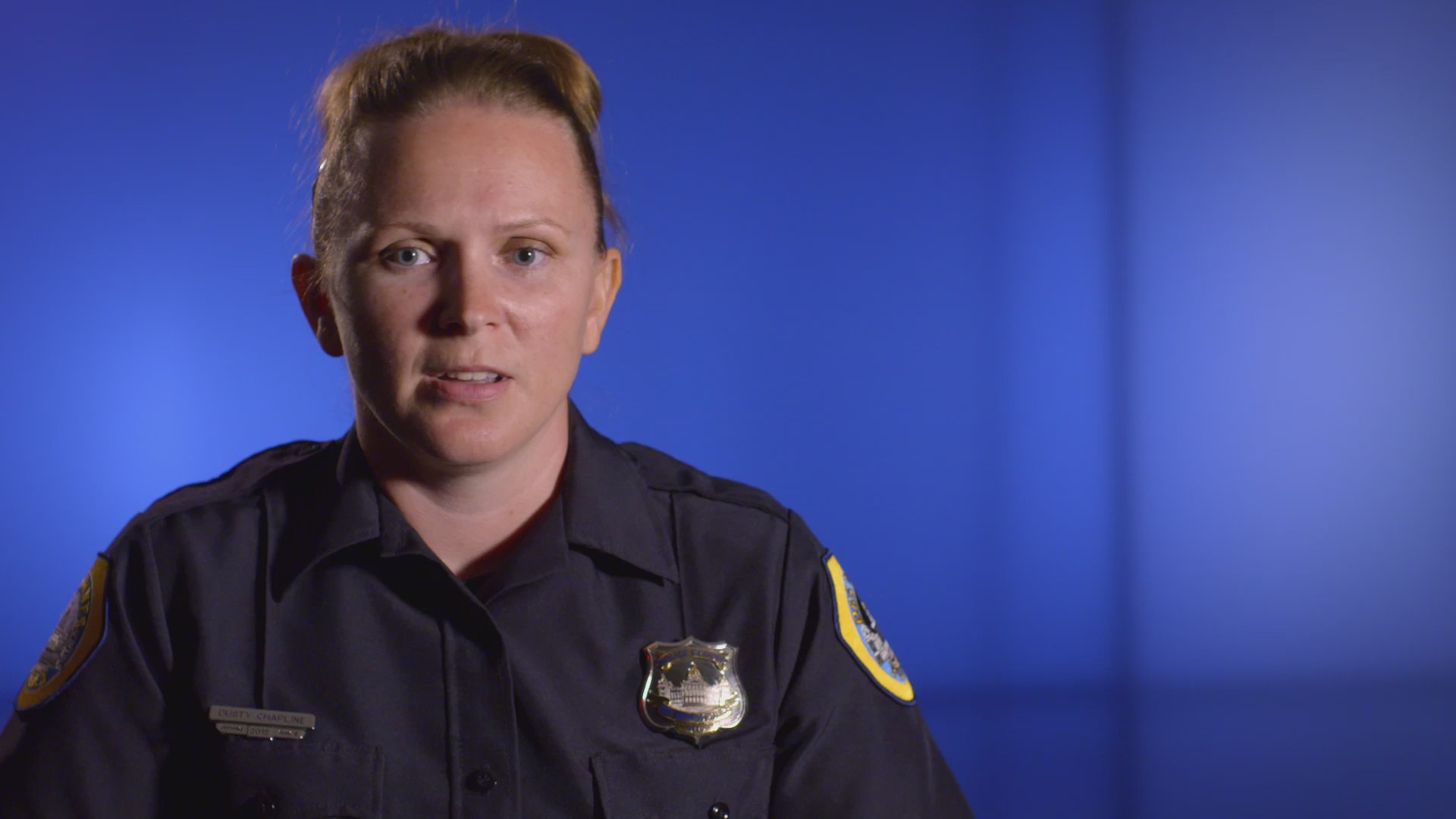 Frazier claimed her boyfriend, Andre Brown, had been stabbed in the chest by his friend, a homeless man named Milton Junior Leak.

Her testimony led to his arrest for Brown’s murder, and Leak would spend almost a month behind bars before authorities realized Frazier’s accusation was just a ruse to throw detectives off her trail.

Before meeting Frazier, Brown grew up in Chicago and later joined the Marines, achieving rank and becoming a military police officer. In the Marine Corps, Brown saw the world.

“He just loved traveling. He enjoyed it,” his sister, Julie Rauster, told “Snapped,” airing Sundays at 6/5c on Oxygen.

When Brown was honorably discharged, he went on to work in construction and manufacturing, spending his free time with family. Brown, however, never lost his love for travel, and following his 50th birthday, he headed to Des Moines, Iowa, for a fresh start.

“I think he just wanted to do Andre,” Rauster said.

At 55, Brown met fellow Chicagoan Helen Jeanette Frazier. Frazier had three grown sons from a previous relationship, and in the past, she had struggled with alcoholism and homelessness.

Brown provided a stability in Frazier’s life that she had not experienced in years. Although they intended to take things slowly, Brown offered Frazier a place to stay when she found herself homeless again.

To friends and family, the two seemed to make a good match, and they expected the couple to get married.

“It could have been a fairy tale ending,” Rauster said.

Any hopes of the couple living happily ever after came to an end on Jan. 2, 2017, when first responders found Brown on the floor of his home with a single six-inch stab wound to his chest.

Officers attempted to revive Brown through CPR, but he later died at the hospital.

Speaking with police, Frazier claimed that just before the murder, Brown had gone to a local convenience store while she stayed at home to finish up cooking for a New Year’s celebration. When Brown returned, an unexpected guest knocked on the door — Milton Junior Leak, a homeless man who had previously lived at Brown’s house.

“Leak was supposed to be a friend of about 10 years for Andre,” Des Moines Police Officer Dusty Chapline told “Snapped.”

Frazier told investigators that Brown wasn’t happy to see Leak, who had stolen a coat from Brown and owed him money.

Frazier continued to cook while the men argued, and then she heard a “thud,” she said. Frazier walked into the dining room and found Brown on the floor, claiming she saw Leak flee the scene while clutching a bloody knife.

Frazier cooperated with the investigation and consented to a search of the house and her phone, and investigators believed they had strong case thanks to the eyewitness account. Detectives soon tracked down Leak at a local soup kitchen.

While he was forthcoming about staying with Brown and owing him money, he was surprised to find out about his friend’s death and his alleged involvement.

Leak said that on the day of the murder, he had been alone in a hotel room with no witnesses to confirm his whereabouts. Without a verifiable alibi, Leak was charged with first-degree murder and held on a $1 million bond, according to local newspaper the Des Moines Register.

Detectives began to build their case against Leak by trying to corroborate Frazier’s statements through potential security footage of Leak near the crime scene. Investigators, however, could not find any video that put Leak in the vicinity of Brown’s home.

“We could not place Milton at the scene. We could not find anything else to connect him to this murder,” Garcia said. “It was very clear I needed to talk to Helen again.”

Frazier was interviewed a second time by detectives, and when confronted by the lack of evidence against Leak, she changed her story.

Frazier later claimed she implicated Leak because she “doesn’t like” him, according to the Des Moines Register.

She went on to allege that a man named Kenny Oakley murdered Brown after they got into an argument about money. Oakley allegedly stabbed Brown, and he threw the murder weapon into the kitchen sink before leaving the house.

Investigators had found a knife in the sink at Brown’s home, but because it had been sitting in water, they were unable to obtain any trace evidence from it.

In an interview with authorities, Oakley said he had never met Brown or Frazier, adamantly denying having anything to do with the murder.

“He had a solid alibi, which I was able to confirm, because he was a trucker and he had a trucking log. So, we could confirm that he was not even at the house,” Garcia told “Snapped.”

Following Frazier’s statements, the charges against Leak were dropped, and he was released from jail.

Once again, Frazier was interviewed by detectives, and for the third time, she had a new story. She claimed a drug dealer from Chicago named Mark Keegan was Brown’s killer. Des Moines Police contacted their colleagues in Chicago, but they could find no trace of a Mark Keegan, leading them to believe he didn’t exist.

Digging into Frazier’s past, investigators learned she had been arrested numerous times for assault. They also discovered Brown had repeatedly called the police on Frazier, including an incident that took place about a month before his murder.

Brown’s friends and family told detectives that he was planning to kick her out of his house.

By examining Frazier’s phone log, they found she had called her mother right before dialing 911 on the day of Brown’s death. Law enforcement interviewed Frazier’s mother, and in the end, “she eventually acknowledged that Helen had in fact, told her over the phone, that she had stabbed Andre,” Noble told “Snapped.”

After speaking with Frazier over the phone, her mother texted family members.

“It said, ‘Pray for Helen. She stabbed Andre’ … Then she sends another text message later that same day saying, ‘Never mind, it wasn’t Helen. It was somebody else,’” Hathaway said.

Frazier was sentenced to 52 years in prison and will be eligible for parole after 35 years, reported the Des Moines Register.

To learn more about the case, watch “Snapped” on Oxygen.