Sign Up for Free to View
Cleveland Strangler Survivor Speaks Out 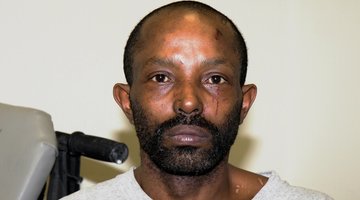 1:37
Preview
The Bodies of 11 Women are Found at the Home of Anthony Sowell 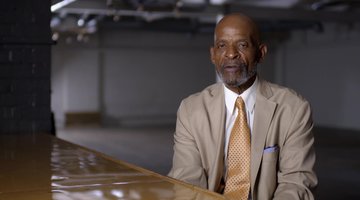 Two days before Halloween in 2009, Cleveland police stepped into an actual house of horrors when they raided the home of Anthony Sowell.

In and around the otherwise indistinct three-story dwelling in the Mount Pleasant neighborhood, officers discovered the decomposing remains of victims whose lives had been cruelly cut short over a two-year period.

The gruesome crime scene is recalled as being like something “out of Dante’s inferno” in the gripping two-hour Oxygen special “Snapped Notorious: The Cleveland Strangler.” Except this was much worse: It wasn’t a work of imagination, but the real-life atrocities of one of America's most notorious serial killers.

All 11 of Sowell’s victims were vulnerable Black women who he lured to his home with drugs and alcohol, where he raped and strangled them. Sowell’s capture and eventual conviction owes a debt to other Black women who had escaped from the house of death. It was a survivor’s official statement to sex-crime detectives that led authorities to Sowell’s house on Imperial Avenue on October 29, Cleveland.com reported in 2009. He was arrested two days later.

Up until that time, women from the neighborhood had been mysteriously going missing for two years. At the same time, a horrible smell rose up and filled the air near Sowell’s residence by the corner of Imperial Avenue and East 123rd Street.

The dots weren’t connected between the vanished residents and the fetid stench. Instead, Ray’s Sausage, a Mount Pleasant business that made and distributed meat products, was blamed for the overwhelming odor. Of course, the company’s steps to rectify the rancid smell didn’t solve the problem because it wasn’t the source.

On September 22, 2009, Latundra Billups went with Sowell to his home, where she acknowledged they did drugs, according to court documents. Afterward, Billups was beaten raped, and choked with an electrical cord until she passed out, Fox8.com reported in 2021. She eventually woke up, though, and claimed Sowell looked shocked. Still, he allowed her to leave.

On October 20, 2009, Shawn Morris had gone to Sowell’s house to “drink and do drugs. She left the house but needed to return to retrieve an ID when he attacked her,” Reuters reported in 2011.

Morris told authorities that her only means of escape was climbing out an upper-story window. She was nude as she made her getaway, and neighbors contacted police to report they saw a naked woman falling or being thrown from a window, according to Cleveland.com.

Sowell told rescue workers that he and Morris, who ended up in the hospital, had been doing drugs and that her fall was an accident. When police went to Sowell’s home they found no one there, and Morris declined to talk to investigators, according to the outlet.

A week later, Billups made an official report about her September 22 attack. Authorities obtained warrants to arrest Sowell and to search his home, and on October 29, they went to the residence. Sowell wasn’t home but investigators initially discovered two decomposing bodies. A day later, police found three more bodies, two in a crawl space and one buried in the basement. Sowell was arrested on October 31, 2009.

Eventually, the remains of 11 women were found scattered inside and around Sowell’s home. Sowell was convicted and sentenced to death in 2011. He died in prison at the age of 61 from a terminal illness in February 2021, CNN reported at the time.

Where Is The Cleveland Strangler Today?

Who Were The Cleveland Strangler's Victims?