Sign Up for Free to View
Why Did Jennifer Paeyeneers Want Her Husband Dead? 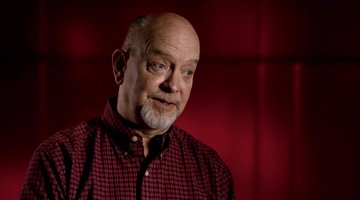 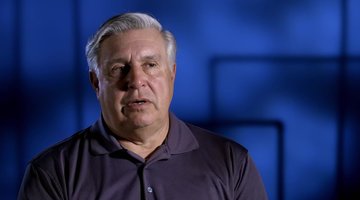 4:52
Exclusive
Why Did Jennifer Paeyeneers Want Her Husband Dead? 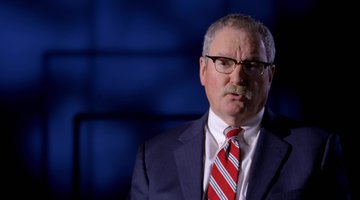 Divorce was never an option for Jennifer Paeyeneers, as her parents would never approve. So instead, she conspired with her teenage lover to murder her husband.

Born Jennifer Jo Wheeler, she grew up in Stillwater, Oklahoma. She came from a prominent family, active in their local church, but stuck out in the conservative town with her punk rock fashion sense and dyed hair.

“There were stories that she was a bit of a wild child in high school,” Bill Basore, a friend of her husband's, told “Snapped," airing Sundays at 6/5c on Oxygen.

“He told me that he was born addicted to heroin, that his mother was an addict and his father was not around. At one point they actually lived in the crawlspace under a house,” Basore explained.

Tommy’s mother died by suicide when he was 3 years old and he was sent to live with his grandparents in Stillwater. They offered stability and a loving home.

When he was 18, Tommy got a job with a local company that installed audio and video systems in automobiles, where his coworkers said he worked hard. Eventually, he met Jennifer and the two fell hard for each other. Tommy dressed like a punk rocker but his work ethic impressed her parents and they hoped it would rub off on their daughter.

In 1996, Tommy and Jennifer were married. They bought a house and Jennifer opened a hair salon, a childhood dream of hers. Tommy helped with construction and remodeling. When not busy with work, the Paeyeneers hung out with Jennifer’s younger brother Nick Wheeler and his high school band. They would go on to become the All-American Rejects, who have sold over 10 million records worldwide. Tommy helped move equipment and Jennifer cut their hair.

But then their union ended abruptly. Just before midnight on Nov. 29, 1999, Jennifer called 911. She said someone had just shot her husband.

Police officers raced to the scene and found Tommy bleeding in the front entrance of their home.

“Tommy had a total of five bullet wounds. He had one in the back, two in the chest, and he had two basically in the neck area,” Stillwater Police Officer Jeff Dillon told “Snapped.”

Dillon performed CPR on Tommy, trying to resuscitate him. He rode with Tommy to the hospital where the 25-year-old would succumb to his injuries.

While talking to investigators, Jennifer said her purse was missing and claimed around 11 that night there was a knock on their front door. When Tommy opened the door he found a panhandler. Jennifer said Tommy refused to give him any money. Later, as they were falling asleep in bed, there was another knock at the door. Tommy went downstairs to answer it and Jennifer heard gunshots, she said.

A local panhandler was subsequently identified . He had been seen in the area at the time of the murder. He was brought in for questioning but denied having any role in the murder.

“He was very open, cooperative, forthcoming, and he never showed any signs of nervousness or deception and he agreed to take a polygraph test. It showed no deception,” Lowrey said.

Authorities also spoke with Tommy’s co-workers who said he was on a path to management and had cleaned up his punk-y look. This didn’t sit well with his wife. While Tommy concentrated on his career, Jennifer spent her free time following her brother’s band around and hanging out with their friends. This led to turmoil at home.

Friends also said Tommy had recently been battling health problems. “A lot of stomach issues, a lot of heachaches, bloody noses. Nobody could quite figure out what was going on with him,” Ward explained.

Although his health improved that fall, the troubles at home got worse. As the All-American Rejects' popularity grew, Jennifer became more involved.

“She was involved in setting the gigs up but she also did the parties and the get-togethers. That’s how she met Phillip Meadows,” prosecutor Rob Hudson told producers.

On October 10, 1999, things came to a head when Tommy found Jennifer's car parked outside Meadows’ home. Tommy stormed inside and found his wife laying in bed with Meadows.  A fight ensued and Tommy slapped Jennifer. She called the police and Tommy was arrested for domestic abuse.

Tommy later begged Jennifer to forgive him and they seemed to reconcile.

Meadows was interviewed by detectives on Dec. 8, 1999, and denied being romantically involved with Jennifer. He said on the night of the murder he was with two friends, Kenny Lewis and Cameron Chesney, both of whom confirmed his alibi.

But on Feb. 6, 2000, Chesney walked into the Stillwater Police station escorted by his father.

“I’m putting a lot of pressure on him. I’m asking, ‘Who shot Tommy? Who shot Tommy?' and finally he said, he whispered, ‘Phillip shot him,'" Lowery told producers.

Chesney claimed on the night of the murder he was driving around with Meadows and Lewis near the Paeyeneers’ home. Meadows asked to be let out of the car and told them to wait for him.

Chesney agreed to wear a wire and get Meadows to confess to the murder. During the recorded conversation, however, Meadows revealed he wasn’t the only one in on the murder.

“It became pretty apparent that Cameron was a whole lot more involved than he had led his father to believe,” Hudson said.

But he wasn't the only person implicated.

“Phillip said, ‘Jennifer knows about it … Jennifer had it done,'” Lowery said.

On Feb. 19, 2000, Jennifer Paeyeneers, 24, and Philip Meadows, 18, were arrested and charged with first-degree murder and conspiracy to commit murder, according to The Oklahoman newspaper. Cameron Brent Chesney, 19, Kenneth Kamal Shariff Lewis, 19, were charged with conspiracy to commit murder and being an accessory to murder after the fact, the same outlet reported.

Meadows agreed to testify against Jennifer in order to avoid the death penalty, according to Tulsa CBS-affiliate KOTV-DT. He said his affair with Jennifer began in July 1999 and she told him the only way it could continue was if her husband was dead.

“Divorce was not an option in her mind because Tommy was so well liked by her parents and grandparents. She felt trapped and she needed to get rid of him,” Hudson explained.

Meadows said Jennifer had tried poisoning Tommy by putting Visine in his Gatorade. After that failed, she told Meadows to shoot Tommy and make it look like a robbery.

At her murder trial, Jennifer Paeyeneers maintained she had nothing to do with Tommy Paeyeneers' murder. She claimed her relationship with Meadows didn't become sexual until 10 weeks after her husband's death, according to the Tulsa World newspaper.

Kenny Lewis and Cameron Chesney were both sentenced to 10 years in prison for their part in the murder of Tommy Paeyeneers. Chesney was released in 2005 and Lewis in 2008.

Jennifer Paeyeneers was released from prison in 2005, serving just four years in prison. She returned to Stillwater, where she runs a hair salon.

After 17 years in prison, Philip Meadows was granted parole in 2018, according to the Stillwater News Press newspaper.

For more on this case and others like it, watch “Snapped," airing Sundays at 6/5c on Oxygen or stream episodes here.

Jealous Ex Masterminds The Execution Of Her Romantic Rival