Sign Up for Free to View
Could Kevin Boyd Sr’s Murder Have Been Prevented? 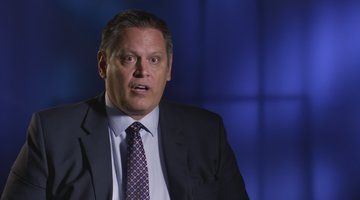 4:12
Preview
An Exclusive First Look At The Case Of Lynn Boyd 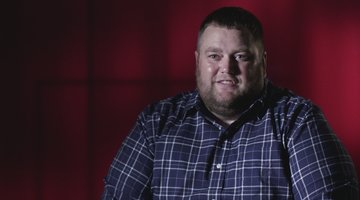 Kevin Boyd dedicated his life to working hard and providing for his family. Instead of gratitude, his ex-wife and son rewarded him with betrayal and bloodshed.

Boyd was born in 1951 and grew up in Berkeley, Michigan, a suburb of Detroit. He was one of seven kids but stood out in the pack.

“He was a little redhead with freckles. He had the personality to match,” sister Lynette Heide told “Snapped,” airing Sundays at 6/5c on Oxygen.

In the early 1970s, Kevin met a woman named Lynn, whose quiet demeanor contrasted with his gregariousness. They married in 1975, and their son, Kevin Jr., was born in 1977. Kevin opened a tool rental company in Lake Orion, Michigan, a former resort town which had become a bedroom community.

“It was a steady business. We were outgrowing the location we were in, that’s how busy we were,” former employee Donald Lucarelli told producers.

But while Kevin’s work life prospered, his home life was falling apart. Lynn struggled with alcoholism and Kevin Jr. would later claim that indeed both his parents were alcoholics, the Detroit Free Press newspaper reported in 2017.

Lynn then told Kevin she was leaving him for another woman around Christmas 1988.

However, Kevin tried to move on. He gave Lynn the house and moved into an apartment. Lynn had primary custody, but he and Kevin Jr. still saw each other frequently.

As a teenager, though, Kevin Jr. began to rebel. He drank and smoked, tried to commit suicide, and went through 10 different schools before dropping out, according to the Detroit Free Press. His parents eventually decided he might do better living with his father. Their time together, however, would be cut short.

On Aug. 6, 1994, a maintenance worker found 16-year-old Kevin Jr. distraught in the parking lot of the apartment complex where he lived, saying his father was dead.

“This individual went inside of the apartment, turned on the lights and saw Kevin Sr. basically lying in a pool of blood,” former Oakland County Assistant Prosecuting Attorney Mark Bilkovic told “Snapped.”

Kevin Sr. was on the living room floor with a pillow over his head. It appeared he had suffered blunt force trauma to the head and multiple stab wounds.

“With the number of wounds we saw there, it appeared it was definitely a crime of violence and passion,” former Oakland County Sheriff’s Detective Sergeant Patrick Miles told producers. “That led us to believe that whoever did this knew the victim.”

The placement of the body indicated that Kevin Sr. had been asleep in a recliner chair when he was attacked. He literally wouldn’t have known what hit him. The apartment had been ransacked and several items were missing, but there were no signs of a break-in.

Kevin Jr. told investigators that he had spent the previous night at his girlfriend’s after a fight with his dad, according to court documents. The next morning he came home and discovered the body. He also said his father owned several guns which were missing from the apartment.

A local musician then contacted police to say that he had found Kevin Sr.’s wallet in the back of his pickup truck after a gig at a local bar. This helped investigators narrow down the time of the murder to between 11 p.m, when the musician arrived at his gig, and 3 a.m., when he left. Kevin Sr.’s wallet still contained cash and his credit cards, ruling out the possibility of a robbery.

An autopsy would reveal Kevin Sr. had been struck repeatedly in the head with a blunt object and stabbed over 20 times, according to the Detroit Free Press. Stab wounds were found on his face, stomach, and back.

“There was a paint transfer from an object that was used to hit him in the head, where they hit him so hard, they split his skin open and there was black paint that was found embedded in his skull,” Bilkovic told producers. "That let investigators know we’re dealing with a black elongated object, such as a baseball bat.”

Investigators spoke to Lynn Boyd, who claimed she had a good relationship with her ex-husband. She said that on the night of the murder she had been home watching movies with her girlfriend, Julie Grain, who confirmed Lynn's alibi.

Donald Lucarelli, one of Kevin Sr.'s employees, was briefly considered a person of interest but was cleared after passing a polygraph test. When asked who he thought might have murdered Kevin Sr., he implicated Lynn Boyd.

When detectives went to interview Lynn again, they were informed she had retained a lawyer, cutting off direct communication between her and her son with law enforcement.

In Nov. 1994, though, a break in the case came when Grain contacted detectives and said she wanted to recant her initial statement to police.

“Julie Grain basically said that she had lied and that Lynn had in fact left her house the night of the murder and was gone for several hours, between approximately 10 at night to 3 in the morning,” Bilkovic told “Snapped.”

Grain said Lynn had been with her son on the night of the murder and asked her to lie to police. Since the murder, their relationship had deteriorated and Grain now worried she would be implicated in Kevin Sr.’s murder.

“She said late October Lynn admitted to her that she had killed him, Kevin,” Miles told producers.

Detectives subsequently retrieved one of Kevin Sr.’s guns, which his son had asked an associate to dispose of for him. They also spoke to Kevin Jr’s girlfriend, who admitted that on the night of the murder she had driven with him to a Burger King where he had met with his mother, according to court documents.

On Dec. 18, 1994, Lynn called the Oakland County Sheriff’s Department and said she was responsible for her husband’s murder. When she met with detectives, she claimed the murder was done at the behest of her girlfriend, Grain.

“I didn’t want to do this, but, but she wanted to do it,” Lynn is heard saying in recordings of her police interview obtained by “Snapped.” “Then Julie stabbed him right in the stomach.”

Detectives had always suspected that Lynn didn’t act alone but Grain had already passed a polygraph test. Instead, they believed Lynn’s co-conspirator was Kevin Boyd Jr.

Kevin Jr. was arrested the same day as his mother. While he was initially defiant, he finally confessed after being presented with the gun he had stolen from his father at the time of the murder.

“The detective asked him what type of person would do this to somebody like your father and he just put his head down and said, ‘You’re looking at him,'" Bilkovic told producers.

“I went, ‘Whoa, whoa, wait a second here, Kevin. You’re telling me you killed your dad?’ He said, ‘Yeah.’ So then he gave it all up,” Miles told producers.

Kevin Jr. said he and his mother had plotted the murder together and waited outside his father’s apartment building until they thought he had fallen asleep. Then, they snuck in and attacked him. He claimed Lynn struck his father several times with the bat. Improbably, Kevin Sr. got to his feet, so she hit him again and again until he stayed down.

“When Kevin was asked, ‘What did you do at that point?’ he said something to the effect of, ‘I just went crazy with the knife.’ He admitted that he just started stabbing his dad over and over and over again,” Bilkovic told producers.

Lynn and Kevin Jr. were incarcerated pending trial. In their absence, Lake Orion Rental shut down and all its equipment was auctioned off in March 1995. As the last item, an air compressor, was being removed, a knife wrapped in a T-shirt fell out from behind it.

The T-shirt belonged to Kevin Jr. and the knife matched the wounds on his father’s body, the Associated Press reported at the time.

Lynn Boyd and Kevin Boyd Jr. were tried separately for the murder of Kevin Boyd Sr. in 1996. Though Kevin Jr. was 16 at the time of the crime, he was tried as an adult. Prosecutors said the motive was financial, as the Boyds wanted to receive Kevin Sr.'s life insurance policy payout. They were both found guilty of first-degree murder and sentenced to life without parole, according to court documents.

In 2012, a Supreme Court ruling vacated the life sentences of over 2,500 juvenile offenders. As a result, Kevin Boyd Jr. was resentenced in 2019 to 25 years in prison, making him immediately eligible for parole.

Kevin Boyd Jr., now 43, was released on parole in January 2020, The Oakland Press reported at the time. Lynn Boyd is now 69 years old and currently incarcerated at Women's Huron Valley Correctional Facility, according to the Michigan Department of Corrections.

For more on this case and others like it, watch "Snapped" airing on Sundays at 6/5c on Oxygen or stream episodes any time at Oxygen.com.