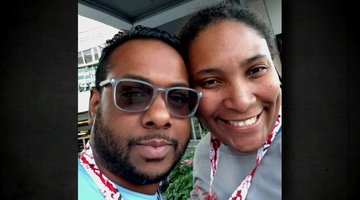 3:30
Preview
An Exclusive First Look At The Latoya Woodard Case 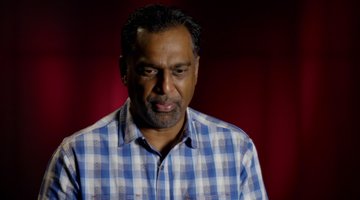 3:18
Exclusive
How Do Edwin Daniels’ Loved Ones Feel About The Verdict? 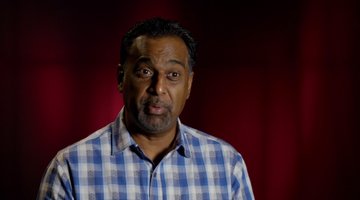 The future looked bright for couple Edwin Daniels and Latoya Woodard. They had two young daughters and a new home — but it all came crashing down after an affair sent one of them over the edge.

Edwin Lee Sinclair Daniels was born in Brooklyn, New York in 1982, the third of four children. “He was my teddy bear. You always wanted to hug him, squeeze him. He was always very friendly,” sister Sally Walker told “Snapped,” airing Sundays at 6/5c on Oxygen.

In 1994, when Daniels was 12, his family moved to Florida and in high school, he began dating a friend of his sister’s. They had a son together, born in 2002, but eventually split up. According to his siblings, Daniels was a devoted father, though. To support his family, he turned his lifelong interest in technology into a career, working for Verizon.

“He lived for his kids. He worked hard to provide for his kids. As a father he was always there,” brother Tony Barhoo told producers.

Then, in 2007, Daniels began dating Latoya Woodard. Woodard was a Florida native with three sons from a previous marriage. She had served in the U.S. Navy but was accused of desertion and received an “other than honorable discharge,” The Daytona Beach News-Journal reported in 2020. She claimed she had left her post because she was unable to arrange for child care.

Daniels and Woodard eventually moved in together and had two daughters. After being together for almost a decade, the couple married in 2016. Following their wedding, the family moved into a big new home in Deltona, Florida, north of Orlando. Also living with them was a friend of Woodard’s named Crystal Lyde.

“Crystal is Latoya’s best friend from the military,” Edwin’s sister Claudette Daniels told producers. “She needed somewhere to stay and my brother had his beautiful home. He had an extra bedroom.”

“My roommate was stabbed. I think somebody might have broken in or something,” she is heard saying on tapes of the call, obtained by “Snapped.” “He’s not moving at all. I’m sorry, his wife’s just flipping out right now.”

Volusia Sheriff's Office Deputy Sarah Jackson was one of the first responders to arrive at Daniels and Woodard’s home. “There was blood everywhere,” she told “Snapped.” “You could clearly see there was a struggle.”

Daniels had numerous stab wounds and was pronounced dead at the scene. He was 35 years old.

"Woodard told detectives she was sleeping in the master bedroom when Daniels was murdered, and that he must have been killed by an intruder in the house," Volusia County Sheriff’s Office spokesperson Andrew Gant told Daytona Beach radio station WNDB at the time.

However, the bed in the master bedroom was made. Despite Woodard’s tales of an intruder, there were no signs of forced entry. Nothing was missing from the home, ruling out a robbery.

Detectives removed several knives from the home, including one found in the kitchen sink, which "appeared to be a cheese knife,” Volusia Sheriff's Office Detective Peter Bethea told producers.

At the scene, Woodard was hysterical and hyperventilating. She was taken to a nearby hospital. Upon her release, she was interviewed by detectives and her clothing was collected as evidence.

Detectives asked Woodard about her relationship, which she described as “normal.” “We fight. We argue. Then the next day we love each other,” she says in video footage of her police interview, obtained by “Snapped.”

Woodard said on the day of the murder she had come home from work in the afternoon and asked Lyde to pick up her kids at school. She said she was tired and went to bed. Later, she was awoken by a loud bang and came downstairs to find Daniels injured.

Detectives then interviewed Lyde, but her timeline didn’t match up with Woodard’s. Lyde claimed Woodard didn’t come home until approximately 7 p.m., and then Lyde went to Walmart. When she returned, she saw Woodard, who told her to call 911. Lyde asked what happened, but Woodard was too hysterical to give an explanation.

Detectives compared Lyde’s statement to her 911 call and found even more discrepancies. On the 911 call, Lyde said she heard a commotion before going to Walmart.

When confronted with the tapes, Lyde admitted that when she left for Walmart, Daniels was home and that he and Woodard were fighting. She said when she returned home she went upstairs to drop off her things, then came down and found Woodard crying over Daniels' body.

Both Woodard and Lyde were released from custody while detectives continued their investigation.  On April 16, Daniels’ autopsy revealed the extent of his injuries, which included a staggering 34 stab wounds.

“He had stab wounds in his head, in his face, in his tongue, in his esophagus, his hands, his abdomen, so he was brutally, brutally stabbed. He had a depressed skull fracture,” prosecutor Heatha Trigones told producers.

The ferocity of the attack led authorities to believe it was a crime of passion performed by someone who knew the victim.

Daniels’ wounds matched the cheese knife discovered in the home and his blood was found on Woodard’s shirt.

Detectives also learned that Woodard had a boyfriend named Allan Roberson. He was 26 years old and worked with her at a fast food restaurant. They went to Roberson’s job and spoke with his employer, who said he had “a meltdown” at work on the day of murder, according to Trigones. Woodard was seen visiting Roberson that afternoon.

When detectives located Robeson, he refused to talk to them without a lawyer present. Authorities pulled his and Woodard’s phone records, which showed extensive communication between them.

“There was talk of a pregnancy and a miscarriage. Never any discussion of that in the text messages with her husband, but there is discussion where she’s texting Allan Roberson saying, ‘I feel like a failure as a woman,’ talking about her miscarriage, so it was clearly a serious relationship,” Trigones told  producers.

After two unsuccessful attempts to interview Roberson, he was subpoenaed in Sept. 2018.  Authorities offered him immunity if he agreed to testify against Woodard. “He was less than truthful,” Trigones told “Snapped.”

Audio of the interview shows Roberson dodging questions, claiming he couldn’t recall events that happened just five months earlier. On recordings of his police interview obtained by “Snapped,” he describes his relationship with Woodard as “friends with benefits, that was off and on.”

“Almost every question he 'doesn’t remember.' It was clear to all of us that he was trying to protect her,” Trigones told producers.

Roberson claimed that on the night of the murder he was home with his mother and sister. Phone and computer data confirmed his alibi.

Though Roberson’s interview generated no evidence, the fact that he went to such lengths to protect Woodard indicated the depth of their relationship. Authorities felt they had enough to arrest her, if not him. Woodard was arrested on Nov. 15, 2018,  Orlando, Florida ABC-affiliate WFTV reported at the time.

Besides the affair, authorities believe the murder was also motivated by money.

“Edwin, he had a $100,000 Prudential Life Insurance. He had it through his work and Latoya tried to claim it relatively soon after he was murdered,” McGuire told “Snapped.”

On Feb. 7, 2020, Latoya Woodard was found guilty of second-degree murder in the death of her husband, Edwin Daniels. It took the jury less than two hours to arrive at the verdict, according to The Daytona Beach News-Journal.

Woodard was sentenced to life in prison on July 15, 2020, As Florida does not offer parole, she will spend the rest of her life behind bars. Now 37, Woodard is currently incarcerated at the Homestead Correctional Institution for women.

For more on this case and others like it, watch "Snapped," airing Sundays at 6/5c on Oxygen, or stream episodes any time on Oxygen.com.

Man Said He Killed Neighbor Because He 'Wanted To Get High'

Woman Who Murdered Foster Mom After Affair Speaks Out