Sign Up for Free to View
The Case Of Linda Culbertson 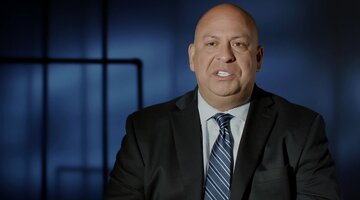 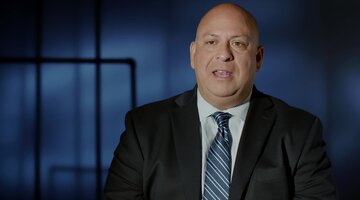 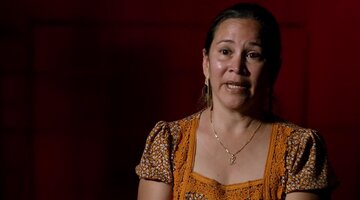 Following a frantic 911 call on the night of June 7, 1989, Kansas City Police officers were dispatched to an office building downtown.

“They’re shooting guns! Help me!” a woman cried hysterically on a recording obtained by “Snapped,” airing Sundays at 6/5c on Oxygen.

When they arrived, the woman’s screams could still be heard outside the building.

“That’s how loud she was,” Kansas City Police Officer Ramiro Treat told producers. “We were like, ‘Oh this is for real. We need to get in there and help this lady.'”

The doors to the building were locked, so officers kicked them in and raced up to the third floor, where the woman was hiding inside the offices of the law firm Pierce & Associates.

“At that point, you could literally smell the gun smoke that was still in the air,“ Kansas City Police Officer Eduardo Velasquez told producers. “As we get up to the third floor, we keep hearing this sound, and we’re not sure what the heck it is ... We look, and there’s a briefcase that’s keeping the elevator door from closing.”

Inside the elevator was the body of a man riddled with gunshot wounds.

“The hole in his head was so big, and guts were everywhere,” Treat told “Snapped.”

All these years later, Velasquez says the image is still burned into his memory: “His whole face was kind of flat up against the wall, like there was no bone structure. It was surreal," he remembered.

Inside Pierce & Associates, office manager Linda Culbertson was hiding behind a desk with a shotgun. After several tense minutes, she was persuaded to come out, and she identified the man in the elevator as her boss, Donald Pierce.

Donald Victor Pierce, Jr. was a Kansas City native. He was a high school athlete and served in the Army Reserves after college. In 1979, he married the love of his life, Kathy Evans.

“She was an executive for Sprint. She was just very sweet and very pretty and such a nice person,” former Pierce & Associates employee Patricia Hammontree told “Snapped.”

Pierce built a successful law practice with a mix of contract and divorce work. His employees said he was a workaholic who spent long hours at the office, and in 1984, he hired 28-year-old Linda Culbertson to help out.

Culbertson was a small-town girl who yearned for life in the big city. At 18, her plans were put on hold when she got pregnant, and by the time she started working at Pierce & Associates, she had been divorced twice and was a single mother with three young children.

“She was always the first one in the office in the morning and the last one to leave the office at night, if she left the office. She even had a pullout bed there,” Velasquez told “Snapped.”

Following the shooting, Culbertson was brought to the police station to give a statement. Meanwhile, nervous officers went about clearing the building, fearing the killer was still inside. On the sixth floor, they found 21-year-old security guard Evason Jacobs, who had been beaten and bound. He said he had been hit from behind and knocked out, according to court documents.

After making sure the building was secure, investigators began processing the crime scene, starting with the victim.

“He had sustained three shotgun wounds. One to his left knee. One to his right shoulder and right eye,” Kansas City Police Homicide Supervisor Pete Edlund told “Snapped.”

Inside the elevator, investigators found a shotgun shell. Robbery was quickly ruled out as a motive, as Pierce still had his wallet, briefcase, and car keys, and to investigators, the murder "looked more like a hit," according to Velasquez.

In her initial statement to police, Culbertson said chaos erupted the moment Pierce left the office.

“She says, ‘He leaves, and I lock the door behind him and I hear some voices out there, and then I hear gunshots,’” Kansas City Police Detective Victor Zinn told producers. "She said that ‘it scared me,’ and she ran and got the shotgun that she has and that she hid behind a desk and she called the police department."

When asked why she kept a shotgun at the office, Culbertson said there had been multiple recent break-ins and that computers had been stolen. She claimed she was present during one of the robberies and hid in the closet.

Pierce’s office had also recently been vandalized with spray paint. On another occasion, someone had defaced Kathy Pierce’s sports car. Culbertson claimed Pierce bought her the shotgun and trained her how to use it.

Inside Culbertson’s office, investigators made a startling discovery — another shotgun wrapped in cloth that had been stashed on a top shelf. Shells from the gun matched those found in the hallway.

Word of the discovery got back to the detectives interviewing Culbertson, who asked her about the second shotgun. Her responses became guarded, and Culbertson claimed she did not know how it could have gotten in her office.

Hoping to change the subject, Culbertson claimed Pierce sexually assaulted her in the office and that they had an ongoing affair. Her allegations, however, were never substantiated.

Culbertson also implied Pierce didn’t get along with Jacobs, claiming he had made racially disparaging comments about him, and that there was some type of conflict between them.

Jacobs told detectives he and a friend, Quincy Brown, staged the attack with Brown acting as the shooter after staging Jacobs' incapacitation. When asked how long he was planning the murder, Jacobs dropped a bombshell: He had been hired by Culbertson to commit the crime.

In May 1989, Culbertson asked Jacobs if he knew anyone who could kill Pierce. Jacobs approached Brown’s brother, who declined, but he then found a willing partner in Brown, who was 18 at the time.

Culbertson promised Jacobs a Chevrolet Corvette sports car and Brown $1,000 as payment, according to court documents. She also claimed she would give them both jobs.

Jacobs told authorities he was paid $600 for the job, and that part of Brown's payment was in his car. A search of Jacobs' vehicle turned up four $100 bills.

Authorities then tracked down Brown, and he was apprehended near his home. He told investigators that he had shot Pierce only twice, not three times, and that someone else was responsible for the final gunshot wound.

Brown said on the night of the murder, he tied Jacobs up, leaving him on the sixth floor, and then went to the third where he waited for Pierce. When Pierce left for the night, Brown shot him in the shoulder and then in the knee.

After being gunned down, Pierce called Culbertson for help. Instead, she came out and told Brown to finish him off. Brown refused to go any further, handing the shotgun to Culbertson before fleeing the building.

“She took the shotgun and finished the job,” Zinn told “Snapped.”

In speaking to other employees of Pierce & Associates, investigators learned that Culbertson and Pierce often fought.

“She’d say, ‘I hate that man.’ She’d tell me she just hates him. She didn’t say why,” Hammontree told producers.

More evidence was soon discovered in Culbertson's belongings, including receipts for shotgun shells and shooting lessons. Her fingerprints were also ultimately recovered from the murder weapon, and she was arrested for her former boss' murder.

When it came time for her trial, Culbertson opted to plead her case before a judge. She repeated her claims of sexual abuse and tried to lay the blame at Jacobs and Brown’s feet. The judge wasn’t having it.

Culbertson was found guilty of first-degree murder and armed criminal action, according to the Missouri Department of Corrections, and sentenced to life in prison without the possibility of parole. She is now 64 years old.

Like Culbertson, both men were sentenced to life in prison without the possibility of parole.