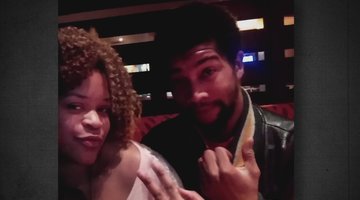 Now Playing
4:07
Preview
Inside The Case Of Porsche Humphery 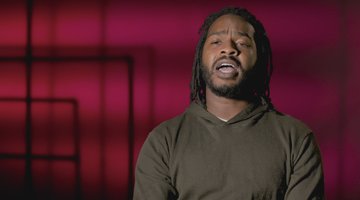 5:34
Exclusive
Loren High’s Friend Talks About The Future He Dreamed Of

Smart, good-looking, and with charm to spare, Loren High had a way with women. But when one ex couldn’t have him all to herself, he wound up dead.

High was born in 1988 in Milwaukee, Wisconsin. He was an only child and raised by his mother and grandmother.

“They had very high expectations of Loren. He was raised a certain way with certain principles and morals,” friend Curtis Peterson told Oxygen’s “Snapped," airing Sundays at 6/5c on Oxygen.

When he was 18, High’s mother died unexpectedly from a heart attack. Friends say he was never the same.

“After his mother died, I feel like a piece of him just left. He just didn’t know how to fill that void,” former girlfriend Suzette Bourgeois told producers.

High had numerous girlfriends, sometimes dating three at a time. He later fell in love with a woman named Natasha, with whom he had two daughters.

“He was a great father. He read them books. He would tuck them in at night. He prayed with them,” friend Kariba Watson told “Snapped.”

Loren and Natasha’s relationship wouldn’t last but they remained on good terms for the sake of their children. In 2015, High began dating Porsche Marie Humphery.

Humphery was a “smooth talker,” according to Watson, with a confident demeanor. However, a family tragedy at an early age left an indelible mark.

“Her mom had killed her dad in front of her when she was younger,” Humphery’s friend Laquisha Martin told “Snapped.” “Her mom was in prison. She was put into the system. She turned to men to fill the gap that she felt she didn’t get from anybody else.”

While still in her teens, Humphery began a relationship with a man with whom she would have four children. When she was 29, she began dating High.

“He loved her like no one had ever loved her. She felt like he was her knight in shining armor and she felt like she was going to be with him forever,” Martin said.

High and Humphery talked about marriage and kids but after a year their relationship started to falter. They fought over money and  Humphery feared High would leave her for another woman.

“She was an extremely jealous woman,” friend Amber Williams told “Snapped.” “He had liked somebody’s post on Facebook and they had a full-fledged argument about that. So they had broken up after that. He was just done with the drama.”

Then, on Feb. 5, 2017, Curtis Peterson went to High’s Milwaukee home. No one had heard from him in days and people were starting to worry.

When High didn’t answer the front door, Peterson let himself in. Inside, he found the 28-year-old on the living room floor, dead from a gunshot wound to his chest. Peterson called police, who soon arrived on the scene.

The temperature inside High’s apartment was around 47 degrees Fahrenheit. This meant his body was unusually well-preserved but it also made it hard to determine the time of death.

Investigators found a piece of glass on the living room couch which contained an unknown drug. A fingerprint was located on the glass.

Two .40 caliber bullet casings were found at the scene, according to court documents. Peterson told detectives High owned a .40 caliber firearm which was missing from the home. No valuables were taken and there were no signs of forced entry.

Detectives contacted Suzette Bourgeois, who lived in Atlanta and was having a long-distance relationship with High. She said they communicated daily and that she had last heard from him at approximately 7 p.m. on February 1.

Bourgeois said when they last spoke, High was depressed and discussed his ongoing troubles with Humphery. “Every single time he mentioned Porsche it was something just either manipulative, mean, or cruel that she had done,” Bourgeois told producers.

Days earlier, Bourgeois had been on a video call with High when Humphery stopped by, insisting she needed to use the bathroom.

“She went to the bathroom and she came out naked and laid across the couch,” Bourgeois told producers. “She started to do one thing after another and it would get crazier and crazier every time. That’s when he was like completely done with her.”

Detectives spoke with a neighbor who claimed to have seen High a couple days before his body was discovered. “That closed the window from Feb. 3rd to Feb. 5th,” Milwaukee Police Detective James Hutchinson told “Snapped.”

High’s friend KC Spencer spoke with police and filled in the details of his complicated love life.

“I was able to let the police know that Loren had started seeing another young lady during that time,” Spencer told “Snapped.” “Porsche had been in his life recently and there had been some issues.”

Spencer says that while High only smoked marijuana, Humphery was known to dabble in harder drugs.

Detectives contacted Humphery and asked her to come in for an interview. She confirmed that she and High had an on-again, off-again relationship. While detectives asked questions, trying to establish a timeline, Humphery began pulling out receipts.

“It’s paperwork that she says is going to show where she was on the day that she believes detectives are going to talk to her about, which is Feb. 1,” Milwaukee County Assistant Attorney Grant Huebner told producers.

This was surprising to investigators.

“It was unusual to detectives at that time that she’s providing this very detailed accounting of events on Feb. 1 when we thought at that point that Loren hadn’t been killed until Feb. 3rd,” Hutchinson told “Snapped.”

When asked about the glass found on High’s couch, Humphrey claimed she hadn’t been to his house in weeks. She also told conflicting stories about whether or not she had ever handled High’s gun. By catching her in a lie, detectives were able to arrest her for obstruction.

Police searched Humphery’s home in nearby Waukesha. They confiscated several items of clothing that were wet and smelled strongly of cleaner, according to court documents.

They then interviewed Humphery’s sister, who said she had seen her on Feb. 2, three days before High's body had been found.

High’s phone showed no communication after Feb. 1, leading detectives to determine their timeline was wrong. They now believed he was actually murdered five days before his body was found.

High and Humphery had been texting all day on Feb. 1, making plans to meet up. Humphery sent a final text at 12:47 a.m. on February 2, saying “I hope youre not mad at me cause I didn’t come over,” according to court documents.

High had also been texting with another girl he was seeing, DaShanell Harris. Investigators interviewed Harris who said she had spent the night of Jan. 31, 2017, at High’s house.

On the evening of Feb. 1, High texted Harris, “Having a much needed conversation with my ex to get closure. Wish me luck.” Harris said the “ex” was Porsche Humphery, Milwaukee CBS affiliate WDJT reported in 2017.

Investigators asked Harris to look at pictures of the crime scene in the hopes that she might spot something out of place.

“DaShanell was able to point to the couch and say that this piece of glass with the drug residue on it was in fact not there when she left on the morning of Feb. 1,” Milwaukee Police Sergeant Nathan Butz told “Snapped.”

Tests revealed the substance on the glass was MDMA. “There was a fingerprint present on this glass, a fingerprint belonging to Humphery," Hutchinson explained.

Investigators obtained video footage from of Humphery onboard a city bus on the day of the murder wearing the clothes confiscated from her home, according to FOX 6 Now Milwaukee.

Even more damning was Humphery’s cell phone data. “What was important was that phone showed a series — if I’m not mistaken — of over 100 hits between 7:30 and 11:30, hitting at the victim’s residence,” Huebner told producers.

For more on this case and others like it, watch “Snapped," airing Sundays at 6/5c on Oxygen.