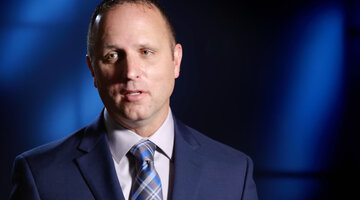 3:59
Preview
A First Look at the Murder of Milton Sawyer 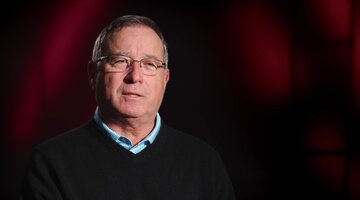 3:34
Preview
Milton Sawyer’s Brother Has a Message for Angel Sawyer

Milton Sawyer loved collectibles from an early age and would later open a successful antique store in his hometown. His wife helped run it and business was going great — up until she had him murdered.

Milton Henry Sawyer Jr. was born in 1963 and grew up in a large blended family with siblings, step-siblings, and half-siblings, with whom he remained close throughout his life. He learned the collectibles trade from his father.

“Collecting items was definitely his passion, so when he got older my brother started an antique shop in Elizabeth City, North Carolina, and it was called the Treasure Hunter where he would buy and sell gold as well,” sister Lisa Louks told “Snapped,” airing Sundays at 6/5c on Oxygen.

Milton was a divorcée but had three young children. It was at his kids' school, in 2011, that he met 38-year-old Angel Kesinger.

Angel had four kids of her own and was in the middle of separating from her husband. She and Milton bonded over the challenges of being single parents, and after her divorce was finalized, she and Milton began dating. They married in 2012 and she soon ensconced herself at The Treasure Hunter.

“When she came on the scene she started to spend time organizing, staging the items so that the shop looked a little better. Milton appreciated that,” Sawyer’s half-brother David Carpenter told “Snapped.”

With a blended family of seven children, life presented unique challenges to the Sawyers but from the outside their marriage appeared to be thriving — until August 2018.

In the early morning hours of August 2, 2018, Angel showed up at her neighbor’s front door, bloodied and hysterical. She claimed someone had broken into her home and killed Milton, so her neighbor called 911.

When sheriff’s deputies arrived at the Sawyer home, they found the doors unlocked. Inside, the master bedroom was ransacked with clothing scattered about the floor.

“Milton Sawyer was lying face down in the bathroom with both his hands taped up behind his back,” Pasquotank County Sheriff’s Major Aaron Wallio told “Snapped.”

After examining Milton’s body, it was determined he was deceased, according to local CBS-affiliate WTKR. He was 55 years old.

Investigators found the crime scene consistent with a robbery-gone-wrong scenario and saw obvious signs of a struggle. A search of the home revealed the intruder entered through the back door with a key left on a table.

“That is of a particular note, how unusual that was in other crimes that I’ve investigated personally. I don’t think I’ve ever seen a key that was just openly available,” North Carolina State Bureau of Investigation Special Agent Steven Norman told “Snapped.”

Angel was interviewed at the hospital where she was being treated for her head wounds. She said her two teenage daughters who still lived with them were sleeping over at a friend’s house, leaving her and Milton home alone.

She claimed that she and Milton were watching TV in bed when she went to get a snack. When she opened the bedroom door she saw a masked intruder.

“He had a gun and he had a mask and he was just screaming. He was cussing a lot. He said, ‘Get on the effing ground,’ and ‘Give me all your effing money,'” Angel told investigators in her taped statement, which was obtained by “Snapped.”

Angel said the intruder knew they owned the Treasure Hunter and traded in gold.

“He took him to the bathroom. He forced Milton down on the ground. He tied his hands. And he just kept telling me, ‘You need to get the eff down, bitch,'" Angel told investigators.

Angel claimed the assailant pistol-whipped her and she became disoriented, so she didn’t know how long she was on the floor tied up. When she finally got free, she was unable to revive Milton.

She said the Treasure Hunter often attracted an unsavory type trying to hawk stolen goods, claiming earlier that night a man named Dylan tried to sell what appeared to be a stolen television.

The man was known to local law enforcement. However, he was already in custody on drug charges and had an alibi.

She also alleged they always kept a key by the back door in case their kids came home late.

“The autopsy was completed and the cause of death was manual strangulation,” said Norman.

Investigators spoke with Milton’s siblings, who said Angel was a narcissist who demanded constant attention. Their brother showered her with gifts to hold her affections but it wasn’t enough, they claimed.

Following a car accident, Angel began seeing a physical therapist named Isaac Melcher. Milton suspected they were having an affair, according to Elizabeth City’s Daily Advance newspaper. Milton confronted Melcher at his job but he denied the relationship. Authorities learned the 38-year-old Melcher was married with three young children.

Investigators spoke with Melcher at his home. He denied any romance with Angel but said he and his wife were separated. When investigators asked to search his phone, he claimed it was destroyed after he spilled water on it.

“Any time that you kind of miraculously don’t have your phone 12 hours after a murder is committed in which you are alleged to have an affair with the surviving person, that’s just a super red flag,” said Norman.

Melcher claimed on the night of the murder he went to Walmart to buy a replacement phone, a claim contradicted by the store’s surveillance footage. A search warrant was obtained for his home but when investigators executed it they learned he had gone to Oregon to visit his mother.

Angel also denied any relationship with Melcher but explained to investigators that she often had to fend off the unwanted attention of men, something that made her husband jealous.

Several days later, investigators received a phone call from a friend of Melcher’s in Oregon who said Melcher had confessed to Milton’s murder.

Melcher told the man the affair started when Angel began flirting with him at work. They became physically intimate and he fell in love with her. Angel soon told Melcher that her husband was controlling and jealous.

“She told him, ‘He will never let me leave,’ like, ‘I will not be free of him unless he’s dead’ ... It was at this point he was so ready to be with her, he was like, ‘I’ll kill him for you,'” prosecutor Kimberly Pellini told “Snapped.”

Melcher told his friend that he and Angel planned Milton’s murder together. After learning the Sawyers were alone on August 2, Melcher put the plan into action.

“He said after he got Milton tied up, he went behind him and did a chokehold and choked Milton out until he knew he was passed,” said Wallio.

Melcher claimed Angel was an active participant in the murder and left the key out back for him.

“He slapped her, per her request. He didn’t hit her hard enough so he says she came and took her head and hit her head on the side table,” said Pellini.

Afterward, Melcher ransacked the bedroom and disposed of his clothing in different trash bins throughout Elizabeth City.

The man agreed to record three conversations with Melcher to help gather evidence against him. Melcher was soon caught on tape discussing his affair with Angel and the murder of her husband, according to The Daily Advance.

On August 21, 2018, deputies arrested Angel Marie Sawyer and Isaac Dustin Melcher and charged them with first-degree murder, according to Hampton, Virginia, ABC-affiliate WVEC.

Under questioning, Angel admitted to the affair with Melcher but claimed the murder was his idea. She said Melcher was obsessed with her and that she didn’t notify police sooner because she was scared.

“We just started picking her apart on things that just didn’t make sense. Obviously, the false leads. You knew Isaac did it. You could have told us,” said Aaron Wallio.

In September 2021, Angel Sawyer was found guilty of murder and conspiracy to commit murder and sentenced to life in prison without the possibility of parole, according to The Daily Advance. The star witness against her was her former lover, Isaac Melcher.

Following his testimony, Isaac Melcher was allowed to plead guilty to a lesser charge of second-degree murder and was sentenced to 20 years in prison, according to The Daily Advance. He is set for release in 2042.