Sign Up for Free to View
The Case Of Nena Bolton 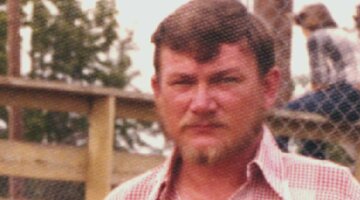 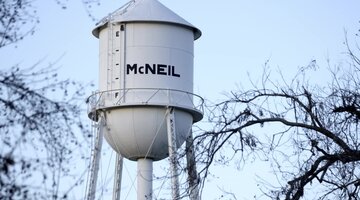 2:38
Preview
What Happened To Larry Bolton? 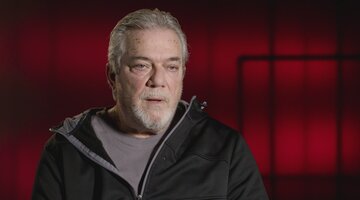 As residents of McNeil, Arkansas crowded together on Ralph Ward’s lawn in June 2006, word of his gruesome murder began to spread.

He had been their mayor for as long as most residents could remember, and investigators were puzzled as to why someone would butcher the 83-year-old in his own home.

The last person to see him alive was his beloved granddaughter, Nena Bolton, who was equally well-known in McNeil. She had dated many of the men in town as a young woman, but her romances were often short-lived.

“My mother’s relationships were pretty sporadic. There were just men around all the time,” Nena’s son, Robbie McCallie, told “Snapped,” airing Sundays at 6/5c on Oxygen.

Nena had gone through several failed marriages, always turning to her grandfather for support when the next relationship ended.

She began dating local sheriff’s deputy Larry Bolton, and the two were married in 1992. It wasn’t long, however, before Larry began to feel like he was in over his head.

The couple was constantly arguing, mostly about young McCallie or the family budget. A year into their marriage, Larry retired from his job at the police department and began working for Nena’s grandfather at the city water department.

Nena later won a $200,000 settlement from a local grocer after a slip-and-fall accident in the store aisles, providing the couple with more financial stability, but her erratic behavior started to alarm Larry.

In the summer of 1998, Larry packed a bag and left town, telling only his brother Terry Bolton that he was going to Texas to get away from Nena.

“His words were, ‘Brother, I just got tired of sleeping with one eye open, and I had to get out of there,’” Terry told “Snapped.”

Desperate to find her husband, Nena decided to file for divorce, forcing Larry to return to McNeil to sign the papers. Her scheme worked, and Larry came back home that September to pick up his last payroll check from the city water department and collect his things.

“My advice was that he not go to that house unless he called the sheriff’s department and got a deputy to go with him,” Terry said.

Larry, however, brushed off his brother’s warnings when he went to meet Nena on Sept. 15, 1998.

Only a few hours later, Terry’s son, Josh Bolton, responded to a frantic 911 call placed by none other than his aunt Nena, claiming to have shot Larry during an argument over her settlement check.

First responders found Larry lying dead on the floor of Nena’s home with a gunshot wound to the head. Hysterical, Nena was taken to the nearest hospital to be evaluated.

Nena alleged Larry had confronted her at the house, demanding money and threatening her life. “She said that she was hit by Larry,” former Arkansas State Police investigator Glenn Sligh told producers.

Nena claimed Larry had poured several pills down her throat, showing her mercy only when she promised him more money from her settlement.

But Nena’s story didn’t add up.

“There was really not any evidence on her face or neck and head of being injured at all,” Sligh said.

Although investigators found a number of pills scattered about the crime scene, there was little to suggest Nena had been assaulted like she claimed. “The only pills that were in her stomach were mild sedatives that were given to her by the Magnolia Hospital staff to calm her down after the incident,” Banner-News newspaper reporter Becky Bell told producers.

After being released from the hospital, Nena was immediately taken into police custody. Despite pleading guilty to second-degree murder charges, her family was not so quick to condemn her.

“The family all stuck by her and visited her in prison,” McCallie told “Snapped.” “Ralph Ward was stepping in and getting her a new attorney for an appeal.”

With her grandfather’s money and influence as mayor, Nena’s very first parole board hearing five years into her 20-year sentence saw her released. She returned to McNeil and lived in another of her grandfather’s properties, but Nena didn’t live off Ward’s modest allowance for long.

When she began a romantic relationship with her neighbor Shaunte “Moochie” Smith, a fellow convicted felon and parolee, Nena’s grandfather cut her off. That’s when Nena came up with a plan to get her grandfather’s money with no strings attached.

After Ward was found beaten and stabbed to death in his home on the evening of June 15, 2006, investigators were quick to rule out burglary as a motive.

“We find that he’s still got jewelry on, he’s got his billfold, got a hundred-dollar bill in it,” former Arkansas State Police investigator Hays McWhirter told “Snapped.”

Having established that Ward was deliberately targeted, investigators wondered who stood to benefit from the 83-year-old’s death.

Without her own source of income, Nena coveted her grandfather’s estate. “There was a lot of assets there to be gained by him dying,” McCallie told producers.

But with the elderly victim savagely bludgeoned and stabbed, the crime did not seem like the handiwork of a close family member, let alone a 50-year-old widow.

When a tip called in to the sheriff’s office led investigators to Smith, however, the case against Nena began to mount. “He told me Nena Bolton had come to him, promised him some large sum of money if he would conspire with her to kill Mr. Ward,” former Arkansas State Police investigator Scott Clark told “Snapped.”

Smith did exactly as Nena had instructed him. Before she took her grandfather out for ice cream the evening of his murder, Nena unlocked a window to his house and cut the screen so that Smith could lie in wait.

Nena was soon arrested in connection with Ward’s murder, but she refused to give a statement.

Investigators then dug deeper into Smith’s confession, and they were able to corroborate his story when he described the unique tool Nena had used to cut the window screen — the same tool was found in the trunk of Nena’s car.

Adding to the evidence against Nena, a former cellmate of hers informed investigators that Nena had divulged her plans to murder Ward, providing specific details that had not yet been released to the public.

She pleaded guilty to first-degree murder in 2007 and was given a 25-year sentence. Nena will be eligible for parole in 2036, but her grandfather won’t be around to reprieve her this time.

Smith was also convicted of first-degree murder and burglary, earning him a combined 45 years behind bars.

To hear more about the shocking case, watch “Snapped” now on Oxygen.com.