Sign Up for Free to View
“I Wanted Justice,” Pamela Moss’ Sister Says 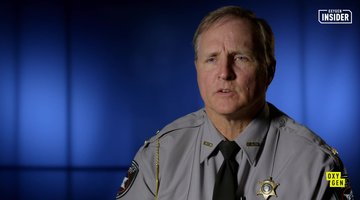 3:21
Exclusive
An Exclusive First Look at the Case of Pamela Moss 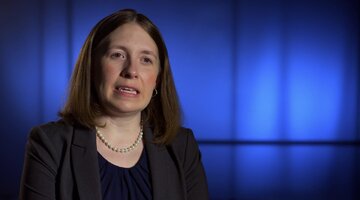 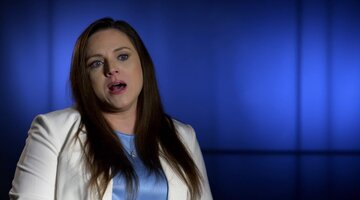 Pamela Moss was born in Rome, Georgia in 1957. A gifted student, she earned a degree in psychology from Atlanta’s Mercer University. She later worked in a psychologist’s office and aspired to further her studies in grad school.

“She was funny. She seemed bright,” former co-worker Maggie Gonzalez told “Snapped,” airing Sundays at 6/5c on Oxygen, but added, “She had a mean sense of humor.”

After the death of her stepfather, Pamela became the caregiver for her mother, Barbara Frye. In 1996, Frye fell down the stairs in her home, hitting her head and ending up in the hospital. A month after being discharged, she died at home at the age of 64.

Following Frye’s burial, police opened a murder investigation after a family friend questioned the circumstances of the fall and Frye’s quick deterioration. They said Pamela stood to collect $500,000 in life insurance upon her mother’s death.

“When they exhumed the body of the mother they found that there was an indent on her head that actually matched the shape of a hammer,” prosecutor Keagan Waystack told producers. “The thought process was she had actually not fallen down the stairs but in fact had been hit in the head with a hammer.”

A toxicology report also turned up several drugs in her system.

“The investigators executed search warrants for [Pamela's] office and for her house. She was taking the prescription pads from that office and using them to write large amounts of prescriptions,” Senior Assistant District Attorney Howard Simms told producers.

Pamela pleaded guilty to involuntary manslaughter in November 1997 and was sentenced to 10 years in prison, Macon’s Telegraph newspaper reported in 2012. She was released in the summer of 2005.

“They called her the ‘Black Widow of Macon,'" her stepdaughter Joy Anderson told “Snapped.”

Soon after her release, Pamela began dating retired contractor Gene Moss, who was 17 years her senior. They married within three months. Gene and Pamela appeared to be happy -- but after six years together, tragedy struck.  In October 2011, Pamela called 911 saying she had found her husband dead in the shower.

Pamela claimed Gene had recently been ill and it was believed he died of a stroke. A red mark found on his head was thought to be an injury sustained during a fall. There was no autopsy and Pamela had her husband swiftly cremated.

“I was in disbelief. My dad never talked about being cremated,” Anderson told producers. “He always talked about how he wanted to be buried next to his mom, next to his parents. I really questioned it.”

No charges have ever been brought forth in Gene's death.

Pamela started to move on, and in a LinkedIn listing cited by the Telegraph, Pamela Moss described her “primary job” as writing grants. That’s how she met Doug Coker in late 2011.

William "Doug" Coker had a storage business and an automotive business, and and owned many rental homes. His rental properties stretched from McDonough south to Macon. He was a father and had married his second wife, Judy Cook Phillips, a successful businesswoman in her own right, in 1984.

In 2012, with their 70th birthdays approaching, the Cokers began thinking about how to leave behind a legacy that could help others in their community.

“[Doug] had decided that he was going to take these 40 properties that he owned and he wanted  to set up a nonprofit organization that would help provide homeless people with homes to live in,” Waystack told producers.

On the afternoon of March 13, 2012, Doug’s nephew went to the Henry County Sheriff’s Office to report him missing. No one had been able to get in touch with him for hours, which was unusual. Given Doug’s age, authorities took the situation seriously.

Detectives spoke with Judy Coker, who had last seen her husband that morning. Doug had a business meeting but she didn’t know with whom. Judy called Doug after lunch, but he didn’t answer his phone. Around 2:30 pm she got a call from his phone, but there was silence on the other end of the line.

Subsequent calls to Doug’s phone went unanswered. He had recently had a heart aneurysm and Judy worried he had a medical emergency. Law enforcement began searching his numerous rental properties, a daunting task.

His cell phone revealed his last location was a McDonald’s in Macon. Surveillance footage showed him buying a cup of coffee and receiving a phone call at 11:05 a.m. Logs showed the call came from Pamela Moss. Detectives spoke with her over the phone. She said she met Doug at a business function in Atlanta and was helping him with his charitable work.

“Mr. Coker had loaned her $85,000 to start this nonprofit which would give him the grant for this nonprofit to start,” Henry County Police Lieutenant Broc Johnson told producers.

Pamela said she and Doug were to meet at McDonald’s that morning. She said she called when she ran late, and claimed they later met in the parking lot before going their separate ways. Pamela also agreed to meet with detectives the following day in person.

In the interim, they ran a background check and learned of her criminal history.

When detectives met with Pamela in person she adamantly denied having any knowledge of Doug’s whereabouts. She agreed to make a formal statement at the police station the next day but never showed up.

Investigator Jamey Jones then went to Pamela’s home on the night of March 18, 2012. He smelled natural gas coming from out of the house and something else around the side.

Under the porch, Jones saw a black tarp covering the badly decomposed body of 67-year-old Doug Coker. Next to him was a plastic tub filled with bloody tarps, gloves, plastic trash bags, and a bone fragment, Macon NBC-affiliate WMGT reported in 2013.

Firefighters were called to clear the house and found it empty. Pamela had left the fireplace starter on to fill the home up with gas and placed several lit matches in the sink but they went out before they could ignite the combustible vapor.

“Presumably she hoped for an explosion, which for her purposes would have been great because all of the evidence, so to speak, would have gone up in flames,” Waystack told producers.

Inside the home, investigators found over 200 bloodstains as well as the murder weapon, a hammer with blood on it.

An autopsy would later determine the cause of death was blunt force trauma to the head.

The following night, Pamela's sister called 911 from her home in Wayne County, Georgia. She had found her sister unresponsive after overdosing on the same drugs Pamela had used to poison their mother. She survived the attempt, and on March 20, 2012, Pamela Carole Moss was formally charged with felony murder, according to the Associated Press.

Investigators accessed Doug and Pamela’s emails, which showed he had been asking about his missing money.

Authorities believe Pamela lured Doug to her home. She distracted him, then struck him on the head with the hammer until he was dead.

At her murder trial, Pamela Moss pursued an insanity defense. With her background in psychology, prosecutors worried she might fool the jury. Their fears were allayed when after 30 minutes of deliberation, the jury found Pamela Moss guilty and she was sentenced to life without parole.

For more on this case and others like it, watch “Snapped,” airing Sundays at 6/5c on Oxygen or stream episodes here.

Woman Gets Caught For Murder After Stalking Pastor