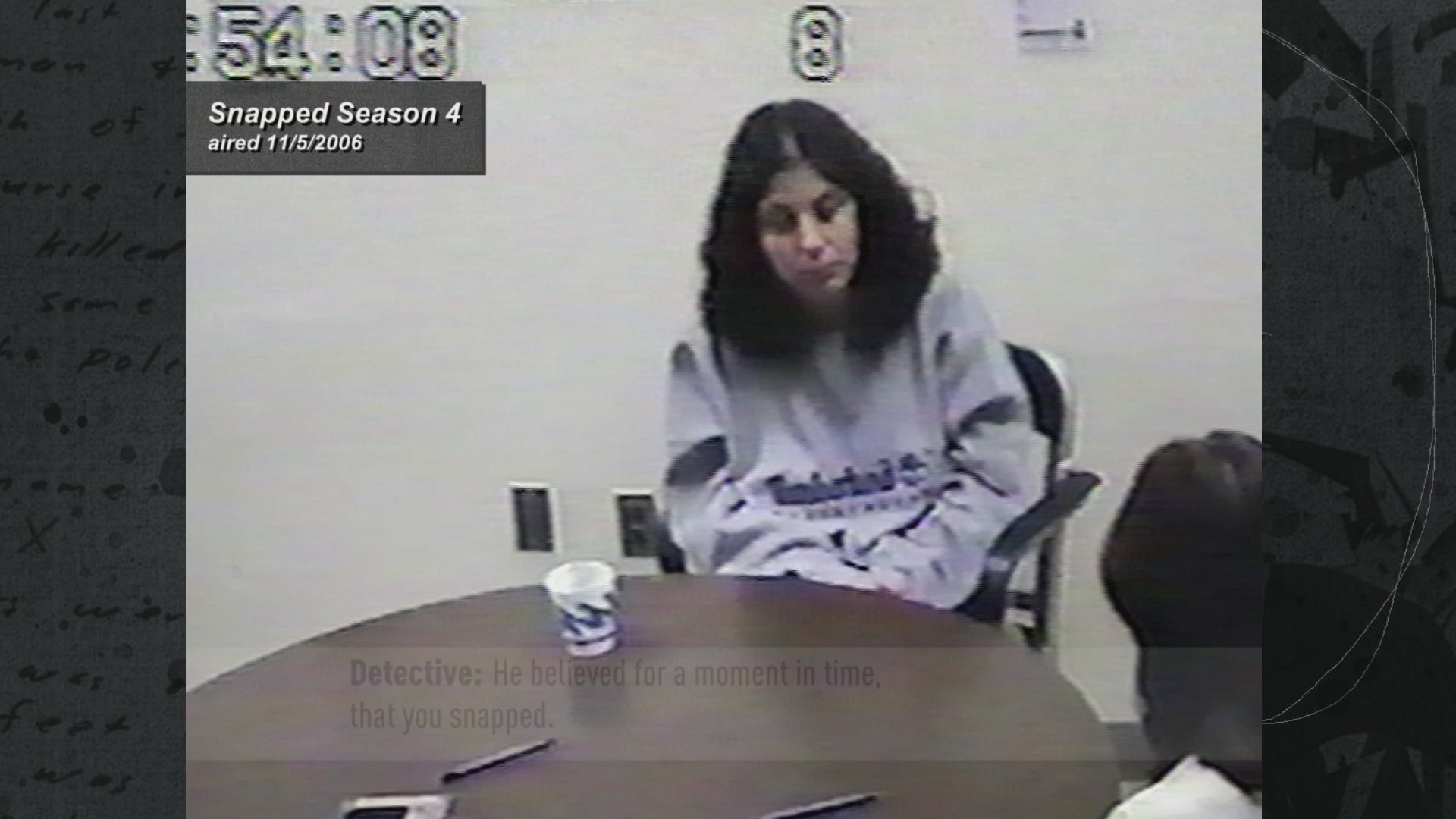 In early 2003, the marriage between Sheila Davalloo and Paul Christos was crumbling. Both medical professionals, the two worked long hours and spent most of their time apart.

They lived more like roommates instead of spouses, said Davalloo in an exclusive prison interview with “Snapped Behind Bars: Sheila Davalloo."

On March 23, 2003, Davalloo suggested the couple play a bedroom game to spice up the relationship, and Christos agreed, having no idea it was about to turn deadly.

That afternoon, 33-year-old Davalloo blindfolded Christos and handcuffed him to a chair at their condominium in Pleasantville, New York. The rules of the game were simple: Davalloo would touch Christos with objects, and he would have to guess what they were.

“She touched him with an item or two, and then all of a sudden, he felt this sharp thrust in his chest,” journalist Jonathan Bandler told “Snapped” in 2006.

When 36-year-old Christos cried out in pain, Davalloo told him it was an accident, but a few seconds later, she plunged the object — a paring knife — into his chest for a second time. Davalloo then removed the blindfold, and Christos saw his shirt was soaked in blood.

He pleaded for Davalloo to uncuff him, but she said she lost the key. Davalloo ended up having to break the chair in half to release her husband, and she later found the key and removed the handcuffs.

Bleeding out, Christos told her to call 911, and Davalloo picked up her cell phone, supposedly to report the stabbing.

Thirty minutes later, however, first responders were nowhere in sight.

Christos begged Davalloo to call back for an ambulance, but she made “excuses that they’re on other calls,” telling him “to be patient,” former Westchester Police Department Detective Alison Carpentier told “Snapped” in 2006.

Further delaying his request for immediate medical attention, Davalloo suggested grabbing a doctor from a nearby walk-in clinic, and she was “in and out of the door within five minutes.”

“She comes back in and tells him that they were closed, and they couldn’t help him. And he insists on going to the hospital at this point,” Carpentier said.

Davalloo finally agreed to drive her dying husband to the emergency room, but once she pulled up to the entrance of Westchester Medical Center, she diverted them to a remote parking lot. There, she got out of the car, opened the rear door and stabbed Christos in the chest a third time while he was lying helpless in the backseat.

He leaped from the vehicle and tried to fight her off, successfully grabbing the knife and throwing it into a pile of bricks next to them. A group of bystanders witnessed the struggle and rushed to Christos’ side, and Davalloo quickly peeled out of the lot.

The witnesses called 911, but before the ambulance arrived, Davalloo returned to the parking lot and attempted to force Christos back into her car. They stopped her, and she fled the scene yet again.

En route to the emergency room, Christos told emergency personnel that his wife had tried to kill him. Police apprehended Davalloo shortly after and brought her in for questioning.

She denied having anything to do with Christos’ stabbing, telling police he came home with the mysterious wounds and that she had even tried to call 911 to get help. When police challenged her statement, she claimed Christos had accidentally moved into the knife during their sex game, Bandler told “Snapped.”

By checking phone records, investigators were able to prove Davalloo had never called 911, and instead, phoned her lover and co-worker, Nelson Sessler. In an interview with detectives, Sessler said Davalloo had called to invite him over to her home later that evening.

“She stabs [Christos] twice, she pretends to call 911 and then she walks outside and calls Nelson Sessler and asks him to come over … about 8:30, 9:00 for a date,” Carpentier said.

Davalloo disputed Sessler’s account — and does to this day. But, she was ultimately charged and convicted of attempted murder. In 2004, she was sentenced to 25 years in prison, reported The New York Times.

Davalloo’s attempted murder of her husband and the prior slaying of her romantic lover and former co-worker, Anna Lisa Raymundo, will be re-explored in “Snapped Behind Bars: Sheila Davalloo.”