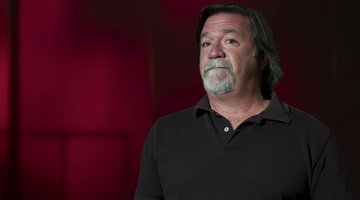 Now Playing
3:48
Preview
A First Look At The Case Of Susan Monica 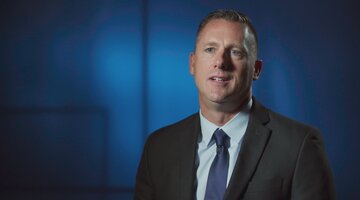 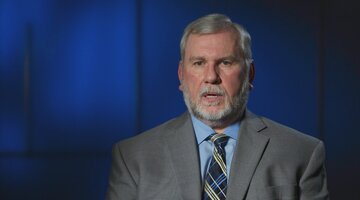 Susan Monica's property seemed eerie to others — especially because she allegedly said at one point 17 bodies were buried there.

Monica was born Steven Buchanan in California in 1948. She served in the U.S. Navy during the Vietnam War. Following an honorable discharge, she began living as a woman.

“She got into an engineering career and was very successful,” former Jackson County Sheriff’s Detective Eric Henderson told “Snapped,” airing Sundays at 6/5c on Oxygen.

In 1991, Monica bought a 20-acre farm in rural Wimer, Oregon. She had a herd of pigs, raised chickens, and ran a wrought-iron fence and gate-building business named White Queen Construction.

When Monica first bought her property, it was undeveloped woodlands. She erected a large barn and started work on a house. In 2013, she hired Robert Haney. “He was her handyman, laborer, carpenter. Whatever she asked of him, he did,” former employee Sean Leimanis told “Snapped.”

Robert had found Monica through an ad on Craigslist.

“My dad and Susan Monica had a deal. My dad would get part cash and be able to stay on the property. My dad agreed to build a house from the bottom up,” son Jesse Haney explained to producers.

Jesse said his father enjoyed the peace and quiet of living alone out in the woods. However, things got a little too quiet in December 2013.

“We hadn’t seen or heard from my dad for two months. We just all started to panic,” Jesse told producers.

On Jan. 1, 2014, the Haney kids drove out to check on their dad. They spoke to Monica, who claimed she hadn't seen him since he quit four months earlier.

But when they saw his trailer, the Haneys knew something was wrong.

“His leather jacket was there. His dog was still running around and all his tools were there,” Jesse. said “It made the hairs on the back of my neck stand up.”

The Haneys filed a missing persons report with the Jackson County Sheriff’s Office. They learned months had passed since anyone had seen Robert and he had lived on cash, all of which made it difficult to track his movements.

Detectives drove out to Monica’s property to ask her about Robert’s disappearance.

The property was cluttered with vehicles, debris and makeshift structures. “I’m thinking to myself as we’re pulling up, ‘Are we in The Twilight Zone here?’" Henderson recalled.

Monica told them Robert had lived and worked on her property for six months but took a bad turn in the fall.

“He received a concerning phone call from a family member that she had been the victim of assault and he was really upset about that,” she had said, Henderson told producers.

Monica claimed Robert then began drinking heavily and acting erratically. She said he eventually told her he was going away for awhile and asked her to take care of his dog.

Authorities were able to track Robert's Oregon Trail Electronics Benefit Transfer card. They learned it had last been used in December 2013 at a Walmart in Grants Pass, Oregon, about a 25-minute drive from Monica’s property.

“It had been used at a date after Susan Monica said that he had disappeared,” Jackson County Deputy District Attorney Allan Smith told producers.

“That’s when I was like, ‘OK, we got something else going on here,'" Henderson said. “I was really concerned that there was some foul play involved.”

“I would describe that property as eerie. There was a very strong order there, a lot of decay,” former Jackson County Sheriff’s Detective Julie Denney told “Snapped.”

Then, investigators spotted something truly disturbing: a human leg in a catchment pond.

“It was clear that it was not an animal bone. It appeared to me to be a human leg that had been severed mid-femur, down to the toes,” Denney said.

Detectives brought Monica into the sheriff’s station for questioning. After being confronted with the discovery of a human leg on her property, she told a bizarre and disturbing story.

Monica claimed that one day the previous fall, she found her pigs in a feeding frenzy. When she looked to see what it was, she saw Robert laying there “with his guts all over the place.”

“He was being eaten, what I believed to be, alive,” Monica told detectives during the interview, audio of which was obtained by “Snapped.” She said she couldn't stop the pigs, so she got her gun and shot him.

“I put him out of his misery,” she says in the audio. “I do that for my animals and this was the first time I did it for a human being and I knew it was wrong but if it were one of my pigs suffering out there, I would have done the same thing.”

Monica left Robert’s body in the pigpen until the hogs had their fill. After a couple of days, she scooped up his remains and put them in garbage bags. A wild animal later got into one of the bags and dragged the foot out to the pond, she claimed.

Monica said she didn’t tell the authorities about the incident because she was afraid they would kill her pigs. When asked what else investigators might find on her property, she broke down and told them they would find worse.

Monica drew a map of her property and in the middle put an “X.”

“Steve” was Stephen Delicino, a handyman who worked on Monica’s property a year before Robert got there.

Monica claimed that in the summer of 2012, two of her guns went missing. She said she found them in Delicino’s belongings and confronted him. They got in some sort of wrestling match, she alleged, and the gun went off, shooting Delicino in the back of the head. Rather than killing him, Delicino stood up and chased Monica toward her barn where she picked up her rifle.

“At one point during the struggle, Stephan was down on his knees, she was above him, and she picked up the rifle and she shot him in the head,” Henderson told producers.

She fed Delicino’s body to the pigs and later buried whatever was left.

Before the interview was over, Henderson asked Monica if there were any other dead bodies on the property. She had a truly chilling response.

“She told me that if she told me about the 17 others that she would spend the rest of her life in jail,” Henderson said.

Monica was arrested on Jan. 14, 2014 and charged with two counts each of murder and first-degree abuse of a corpse as well as one count of identity theft, the Mail Tribune reported at the time. Her pigs were subsequently euthanized.

Over the following weeks, dozens of crime scene investigators searched Monica’s property, digging over 100 holes. They found the remains of Haney, Delicino, and numerous personal belongings, including a large pile of shoes, but no other bodies.

Farris also testified Monica had told her the truth about Robert's murder.

“Susan told me that Robert and her got into an argument because he was drunk and he was trying to come on to her. She shot him and then pushed him into the pigpen,” Farris told producers.

After deliberating for an hour, a jury found Susan Monica guilty on all counts on April 21, 2015. She was sentenced to a minimum of 50 years in prison, the Oregonian newspaper reported in 2015.

Law enforcement officials still wonder if Monica claimed other victims over the years.

“My take on what she told me about the possibility of 17 other people being there was that it was true,” Henderson told producers. “I believe 100 percent that there are more people out there.”